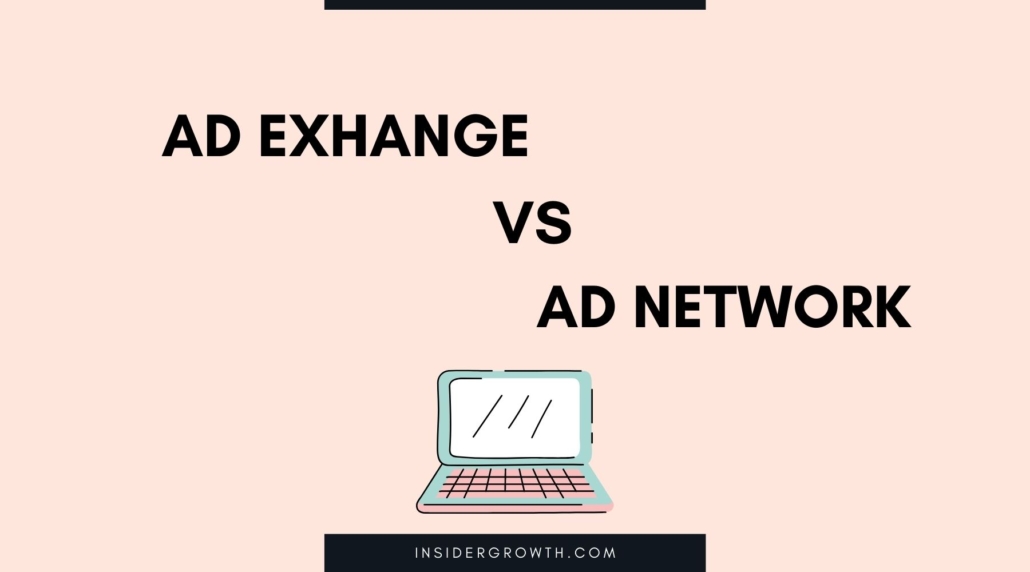 The world of online advertising continues to grow rapidly and with that, new technology is emerging on a daily basis to better connect Advertisers with Publishers and get the maximum returns possible for everybody involved.

When you start to research online advertising, you’ll see new lingo like Ad Exchange and Ad Network but what exactly are they and how can we utilize them to maximize our earnings online?

An Ad Exchange is a marketplace where publishers and advertisers come together to buy and sell. Publishers sell their advertising space and Advertisers buy that space to show their Ads in. Ad Networks basically act as a middle man between The Ad Exchange and the Publisher/Advertiser to ensure better returns for all parties while keeping a share of the revenue

The Situation Without Ad Networks And Ad Exchanges 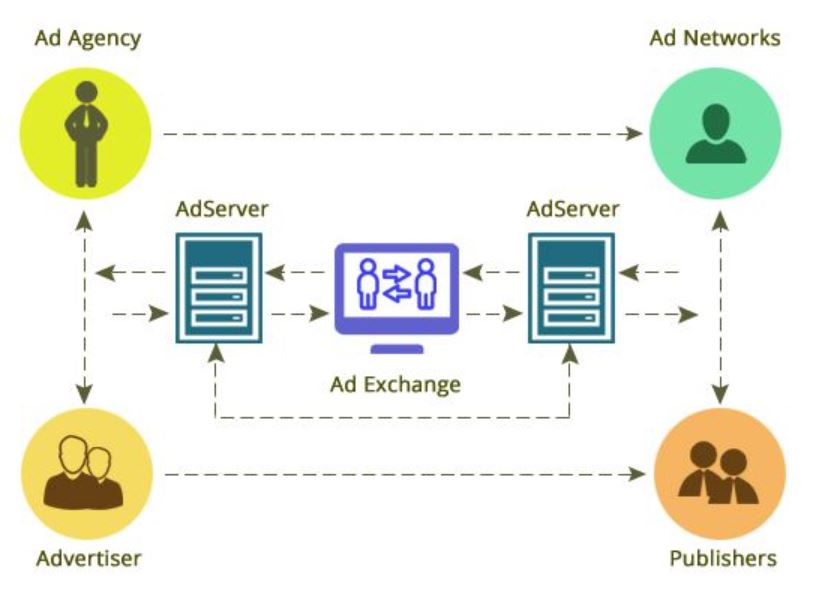 Technology speeds things up and removes friction between functions.

The company and the publisher would have to contact each other by phone or by email and a long and drawn out negotiation would eventually conclude with a deal that doesn’t fully suit either party.

The company gets various sized Ads on the publishers app or website and that’s it.

This situation, without Exchanges and Networks is slow and cumbersome and with tons of waste.

Without Ad Networks And Exchanges, the world of Online Advertising would be a mess.

Ad Networks And Exchanges Reduce the friction between advertiser(The Big Company Selling The Ad) and the Publisher(The Website Or App Owner With Traffic).

What Exactly Is An Ad Exchange 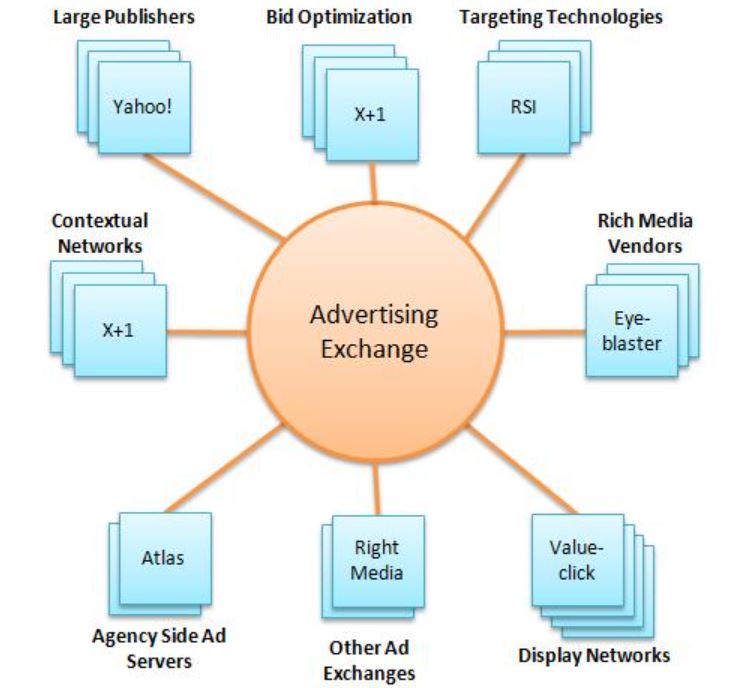 An Exchange Is Like A Wild West Scenario Where Advertisers And Publishers Interact to find Ads that meet their criteria. Once both parties criteria are met the exchange takes place.

The price the advertiser will pay comes down to real time bidding and the price will be determined by the competition and how much each advertiser is willing to spend.

It is done on an auction based system usually where the winning bid is 1c more than the losing bidder was willing to pay.

You can buy and ads to show on any site and you can sell you ads to anybody who wants them.

The Concept of an Ad Exchange is very similar to that of the rental market.

The Ad Exchange is the real estate website that lists all of the properties available.

The house owner (publisher) lists his property spaces(Ad Inventory) for rent on the website(exchange).

The person who wants to rent the space (Advertiser) can select criteria he is looking for, narrow down his choices and rent of the spaces that suit him the best.

If there was no real estate website or alternatives, the job of renting multiple properties would become a lot more difficult.

An Ad Exchange is a similar concept:

The Ad Exchange, often with Real Time Bidding, matches up the Advertiser with the Publisher and vice versa based on their own specially selected criteria.

Pros And Cons Of Ad Exchanges

An Ad Exchange is an almost perfect opportunity for Advertisers and Publishers.

You get complete control of what Ad’s end up in front of your audience, what audience your ads get shown to.

You also get to keep almost all of the revenue or only pay for exactly what you get.

There are issues however:

Complexity: It can be a complex process, especially for anybody who is not tech savvy.

Time Consuming: Time spent within the Ad Exchange can eat into time that could be spent better elsewhere.

Revenue: It can be hard to get the most bang for your buck when doing it all yourself. 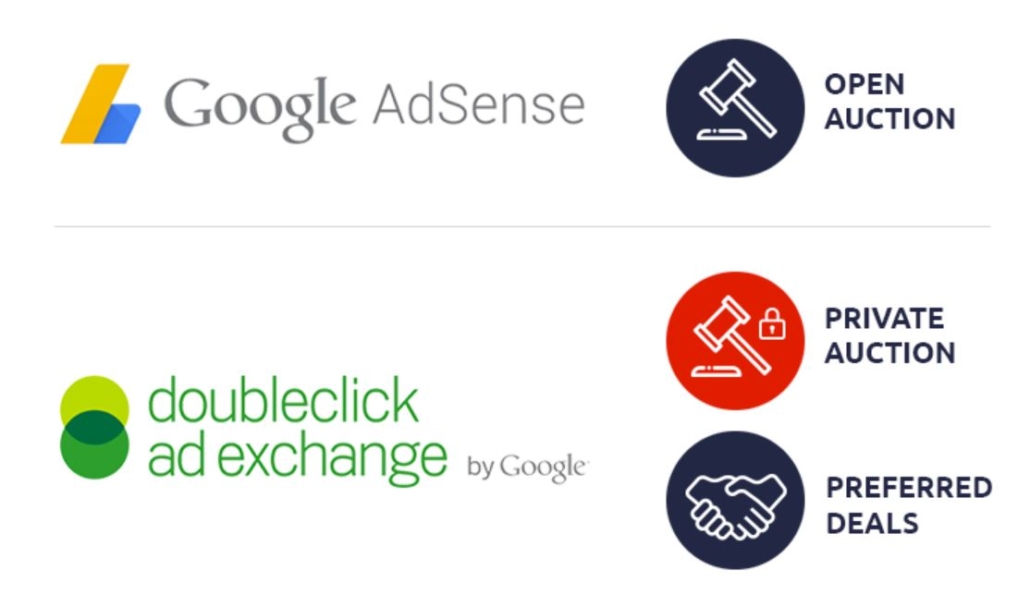 Ad Networks act as a middle man to get the best deal for publishers and advertisers alike.

Think of the Ad Network like the real estate agent who matches buyers with sellers.

A publisher will sign up for an Ad Network to sell his advertising space in a way that generates the biggest returns for them by selecting the exact criteria they want in their audience.

The Ad Network works with the Ad Exchanges to get you the best deal, like an Agent.

Max Revenue isn’t the only concern either, you want the right Ads in the right places, that run without slowing down your site or offending your audience.

As an advertiser looking to sell your Ads, you can go to an Ad Network and they will find the perfect audience for your Ads based on your criteria.

The Ad Network Will further segment their publishers Ad Inventory and refine the advertisers target audience.

I started my career as a Google Ad’s Manager, which is essentially acting as an agent for the client on the Ad Network.

Say for Example, Tom The Plumber Wants To Advertise His Service With Local Customers.

Another Plumber calls our agency to run the Ads on his behalf.

The Ad Exchange sits between the Publisher with the Ad Inventory to sell and the Advertiser who wants to buy the inventory and fill the space with their Ads.

An SSP sits between the Ad Exchange and the Publisher to ensure that the Publisher can sell their Ad Inventory with the best returns by further segmenting the audience with more criteria and fetching a better buyer and higher price for it.

Again, The Advertiser will use the DSP to tell the Ad Exchange exactly the type of traffic that they want.

They also offer the traffic to many different exchanges and not just one like you would have with Google Display Ads.

Customers opting for a DSP will be hoping to get a better return than they would with simply Google and there can be a level of complexity.

A company can offer SSP and DSP at the same time.

The Process In Steps

As you can imagine there are going to be a huge number of auctions, bids and transactions taking place on the market place on any given day.

The Ad Server is simply where the ads are stored online.

The ad server is owned by the Ad Network and when called upon, it sends the ads to be rendered to the site where they are to show.

The Ad server shows performance statistics for the campaigns, impressions and revenue.

The Google Ads Manager is an example of an Ad Server.

What Are The Best Ad Exchanges

There are a ton of Ad Exchanges that publishers and Advertisers can make use of and if they are not big enough to go on the exchanges directly, they can work with an Ad Network to work on their behalf.

These Ad Exchanges Are Constantly Evolving to offer their clients the perfect match between buyer and seller.

Some of the best exchanges include:

DoubleClick or the Google Ad Exchange is a premium version of Google AdSense for bigger publishers who want to make more money for their Ad Inventory.

Some of the other leading players in the game include:

What Are The Best Ad Networks

Google AdSense are probably the best known Ad Network but there are plenty of other solutions for publishers and advertisers including:

Programmatic advertising is growing fast and whether you are a publisher or an advertising there is a growing number of services to work with you, whatever side of the Ad Exchanges you are on and that can offer you ever growing returns as companies continue to pour their money into online advertising more and more.