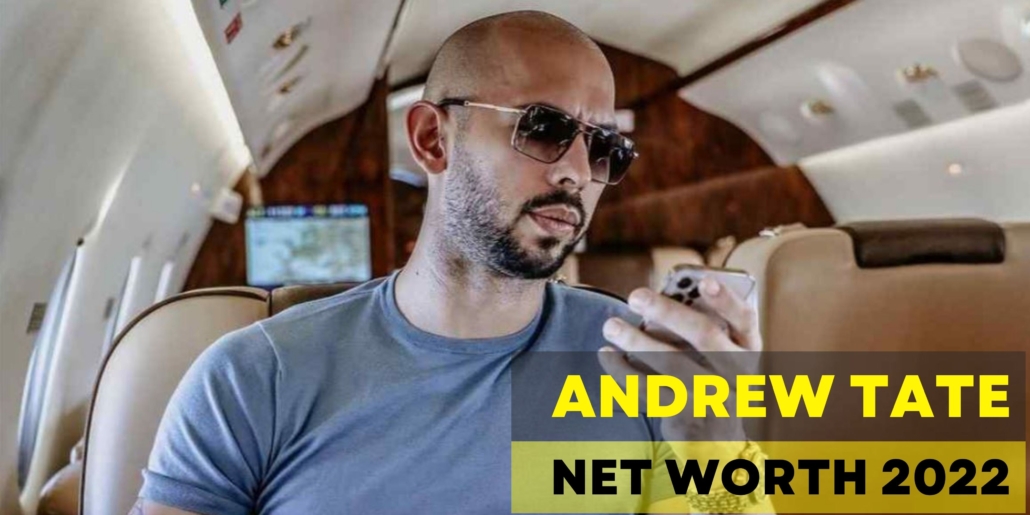 Andrew Tate is a name that is everywhere right now. From appearing on various high-profile podcasts to ‘conquering’ social media,  to his core product offerings right now – Hustlers University And The War Room.

Andrew Tate is known to be worth upwards of 700 Million dollars and this is a realistic valuation of the former 4x kickboxing world champion. Tate made his money originally from running a Web Cam business before the days of OnlyFans. He went on to produce the Hustlers University Online School and Exclusive War Room club which has over 2,000 members and costs a cool $5k to join. 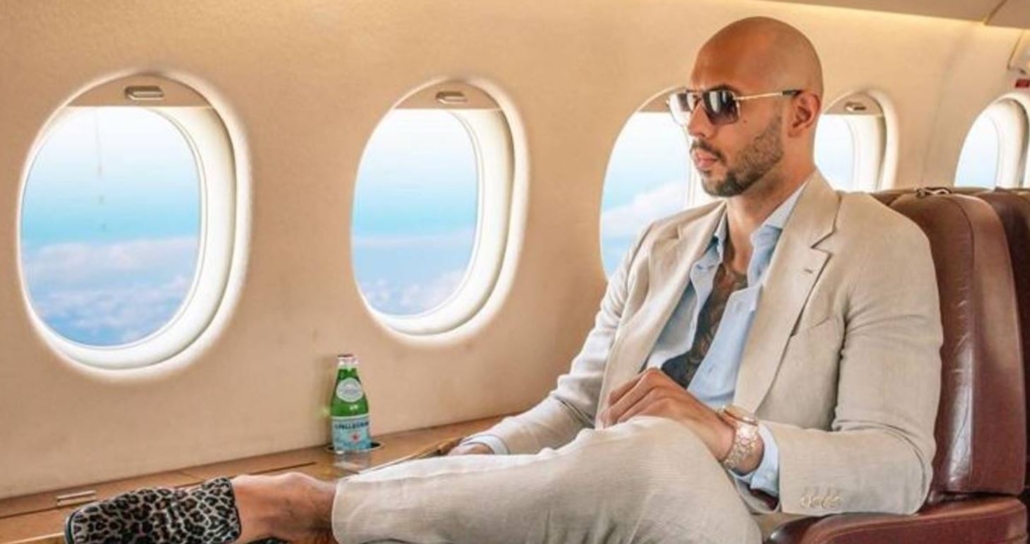 Andrew Tate currently lives in the outskirts of Bucharest, Romania. He currently owns a beautiful countryside mansion that he lives in with his brother Tristan Tate.

Andrew is currently traveling around the world promoting his brand on various podcasts, Youtube shows, and even Twitch streams which are taking his profile to the next level and sending his earnings to the moon as well.

Andrew has recently exploded on Tik Tok which appears ideal for his well-spoken snippets which are equally entertaining as they are controversial.

Andrew appears to be somewhat of a messiah for men and he attempts to persuade men that taking their game to the next level is the very best way to improve their lives.

He is also said to have learned the Russian language in 3 weeks whilst working for the CIA.

Tate was born in the United States and spent his early days there before moving to Luton and spending the rest of his childhood and adolescence there.

Tate attributes his distinct accent to having moved from the States to the UK at a young age and states that he is a bit of a mongrel when it comes to his unique speaking tones.

Tate would become a Kickboxing World champion out of the Storm Gym in Luton and subsequently set up his Web Cam business in the London Suburbs.

Things came to a sticky end for the Web Cam business when one of the girls went to the police over an alleged assault after being fired by Tate.

While Tate was innocent, he decided it would be wise to move to Romania and continue on his wealth-building story with a plethora of new opportunities awaiting the freshly minted young man.

Andrew Tate has lived what he considers an Eclectic life and he says the key to becoming wealthy is to get enough attention without making a fool of yourself.

As a 4-time Kickboxing World Champion, Tate has earned his fame the hard way and his record stands at a very impressive 76 wins to only 6 losses.

Kickboxing also introduced him to his new home, Bucharest Romania.

More importantly, it introduced him to the girls that would kick start his Web Cam business and spearheaded his wealth-building journey.

Tate didn’t make the money he deeply desired from Kickboxing but he did meet a lot of the ring girls after his wins and was sleeping with a lot of them.

With a lot of his fights hosted in Eastern Europe, Tate had the idea to use these women to his advantage.

He cleverly saw a gap in the market for a web cam business and brought in his girls to help make it a reality.

By paying the girls 50% of the money, you can say it was a fair deal and with the number of men signing up, the company quickly blossomed into one of the biggest in Europe.

The company ran into problems when Tate had an altercation with one of the girls and she called the cops.

Although the girls all insisted there was no wrongdoing, a bunch of police showed up at the door and it was time for Tate to head for greener pastures in Romania.

Tate is said to have walked out of the Web Cam business with a cool $30 million in cash.

Andrew Tate is a Social Media genius and many people don’t realize that the key to his success with Hustlers University and The War Room was getting attention online through social media and then Monetizing his efforts effectively.

Whether it was calling Jake Paul out to fight years ago or creating purposefully inflammatory content, Tate got a lot of eyes on his content and despite the hoards of ‘haters’ that this undoubtedly created, there has been an equal number of loyal supporters, ready to buy his products.

Tate went on to dominate social media and grow a massive following on Youtube, Instagram, and Tik Tok primarily. 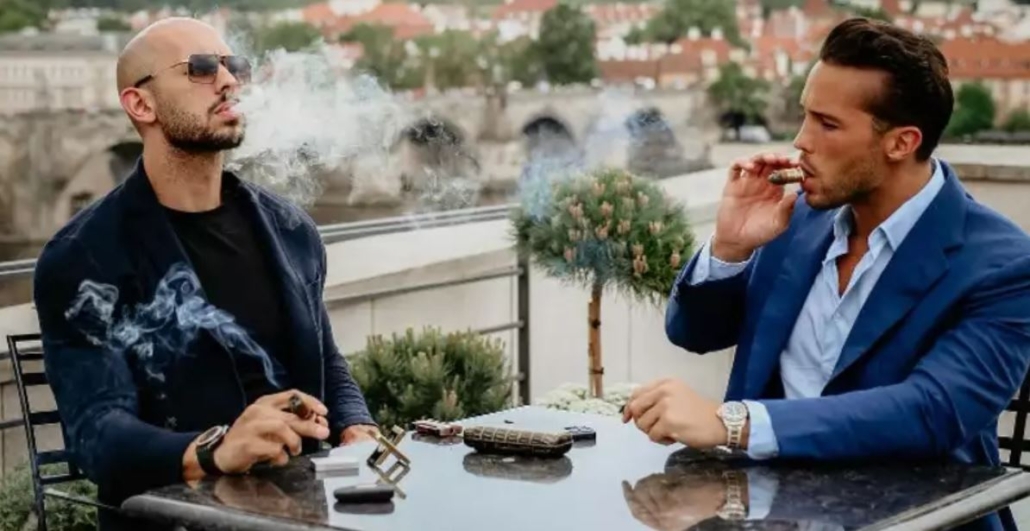 Hustlers University is probably the most lucrative of Tate’s investments and it is so successful because of the Tate branding and also due to the massive social media following.

Hustlers University is a monthly subscription of $50 per month which gains you access to multiple different courses which are as follows:

The university is hosted on Discord where users get access to the course materials which teach them to be proficient in their chosen skills.

Each member can join the chat on their chosen topics and each Skill area also has a professor assigned to it that can steer you in the right direction when it comes to making money online.

As a member of the War Room, I recently met one of the professors of the Crypto course and can confirm that he works hard, is fully invested, and truly believes he is helping people to make money online.

How Much Is Hustlers University 2.0 Worth

Hustlers University now has over 100,000 Students paying $50 per month, equaling a cool $5 million per month.

From this cash alone we can see how Tate’s Net Worth is climbing steadily and how the Net Worth claims of $16 million are way off.

Because the brand depends so heavily on Tate himself, it may be difficult to sell but there are some things to keep in mind here.

Most Online businesses will be valued at 24 – 36 months of earnings which would make Tate very wealthy indeed.

Because of the dependence on the name, we will give the value of the program at 12 months’ earnings which is still $60 Million in the Tate pockets.

Add that to the growing amount of cash at hand and you can see that Tate is a super high net worth individual already.

Another cash generator for the Tates is the Fundamental 5 Tate courses which can be found on CobraTate.com.

Everybody is invited to take the Fundamental 5 as quickly as possible.

This is surely generating another windfall of $50k per month and multiplying by 24 we get a net worth of these courses at $1.2 million.

He bought the Casinos just before Covid hit and they remained closed for an extended period, causing Tate to lose a cool 4.7 million dollars.

The Casinos are now fully back in operation and if we put an overall value on these investments at $500k per casino, this is adding another $8 million to Tate’s overall Net Worth.

What Colour Is Your Bugatti? 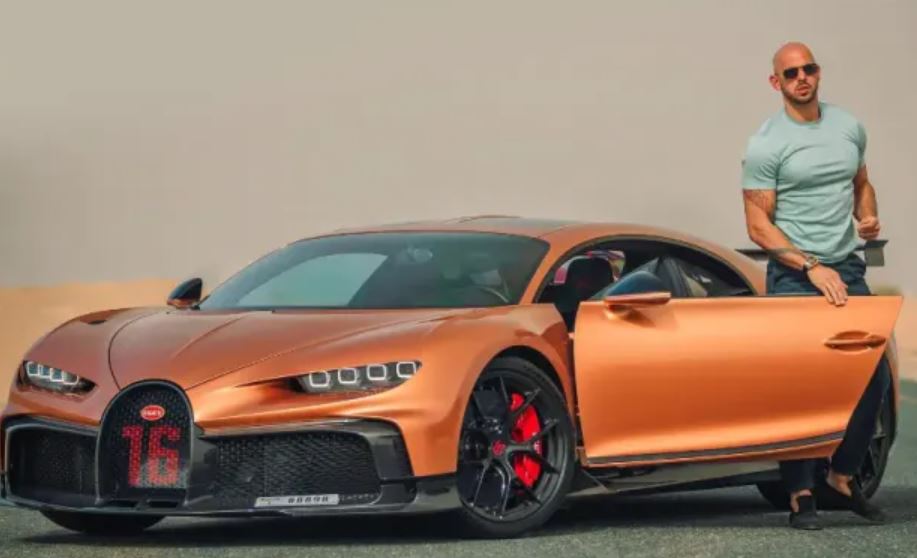 One of Tates most famous lines. When referring to people who didn’t like the color of his Bugatti, Tate responded by asking them what color their Bugatti was and if they didn’t have one, they shouldn’t be commenting.

Is Andrew Tate A Billionaire?

Not yet in our book but the only ingredient that appears to be missing from the formula is time.

Tate is well on his way to becoming a billionaire with ridiculous amounts of income being earned on a monthly and yearly basis.

Is Andrew Tate A Trillionaire

Tate has referred to himself as a trillionaire on multiple occasions but we find it to be unlikely to come through.

Even with his ridiculous levels of earnings, we find it hard to imagine that Tate will indeed become a trillionaire, that is a whole lot of money!