You are here: Home / Blog / Business / Beyond Sushi Net Worth 2021 – What Happened After Shark Tank 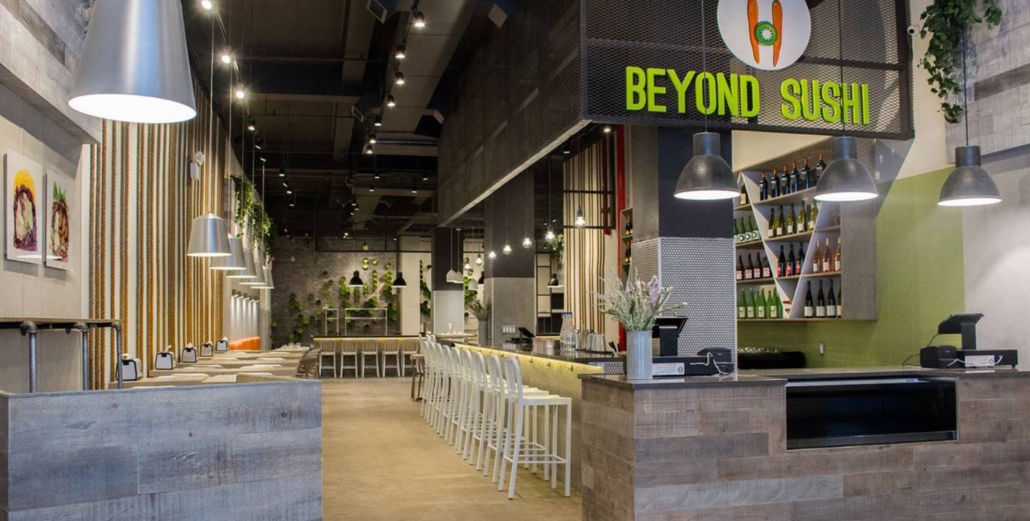 Guy Vaknin, owner of vegan restaurant chain Beyond Sushi, made a splash in Shark Tank, pitching for $1.5 million for 25% of his West Coast operations and 5% of his East Coast businesses.

Despite everything going well in the shark tank, the deal fell through although the business is still worth over $10 Million today.

What Is Beyond Sushi? 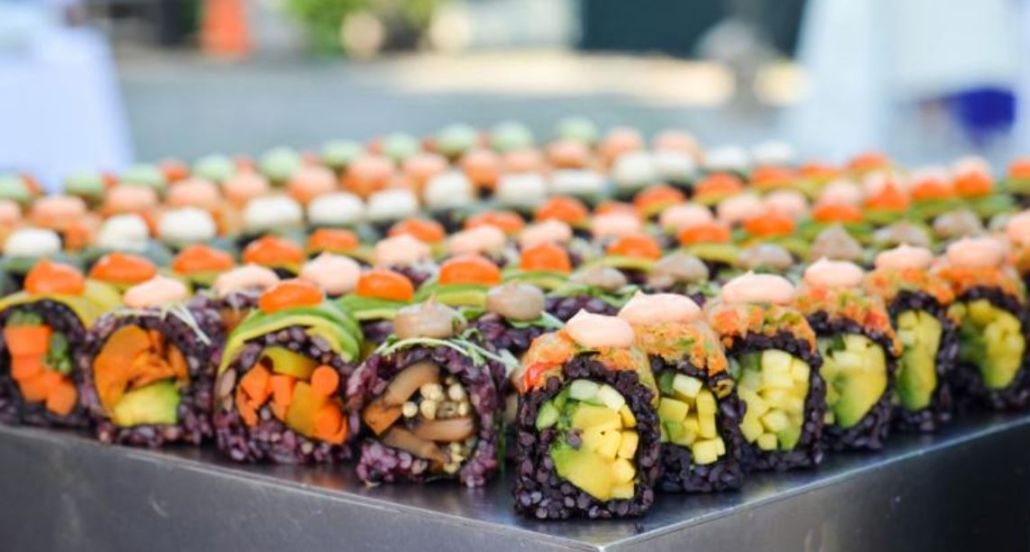 Beyond Sushi is a chain of restaurants that uses plant-based alternatives to traditional sushi.

Beyond Sushi is the unique enterprise of chef-entrepreneur Guy Vaknin.

As 40% of Beyond Sushi clientele is not vegan, Vaknin claims that people are drawn to his plant-based, healthy cuisine. Vegetarians talk about their food choices here, and why Beyond Sushi is unique.

Vaknin’s extremely popular and successful venues in New York City serve sit-down and take out, as well as offering online ordering and delivery.

Beyond Sushi also caters for private events such as weddings, corporate functions, and other special occasions.

Check out Beyond Sushi at the Herald Square location in NYC.

Sandy Beall, founder of Ruby Tuesday, is a 25% investor in Beyond Sushi.

Who Is Guy Vaknin?

He cooked for his family and worked several restaurant and catering jobs.

The skills he learned and a love for food stood him in good stead when he joined the Institute of Culinary Creations after a stint in the Israeli military and a degree in computer engineering.

Guy’s wife, Tali, has a business degree. They opened their first restaurant in 2012, using Tali’s vegetarian recipes as their starting point. 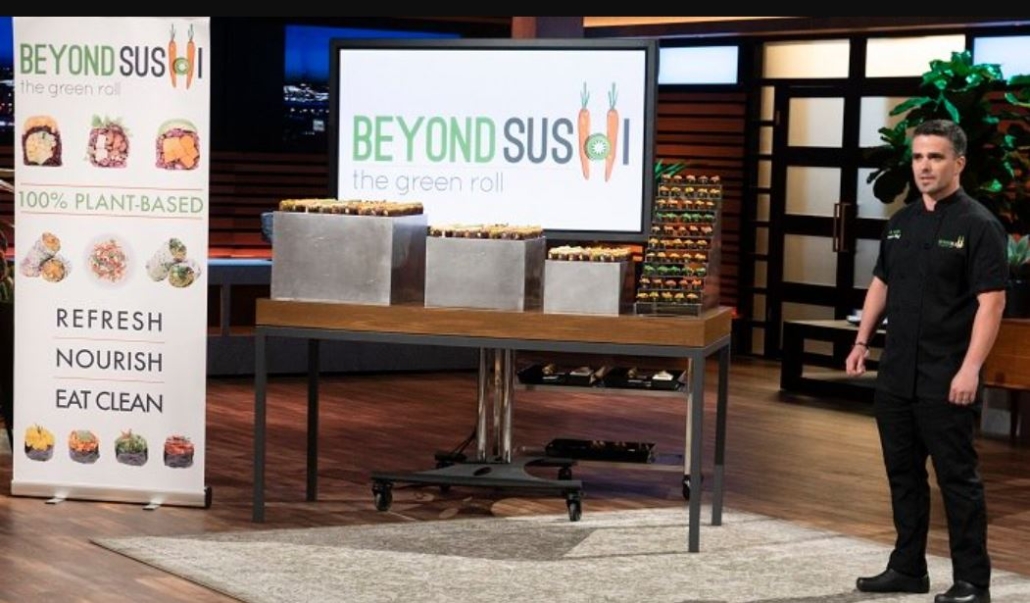 Vaknin fed the Sharks his best-selling sushi rolls as he began his pitch. The food went down well, with Lori Greiner saying how amazing the food looked.

At the time of entering Shark Tank, Vaknin was operating six venues in NYC. With one commissary kitchen supplying all the locations across Manhattan, his largest location was making $2.5 million a year. Vaknin projected that he would pull in $5.6 million in the current year.

He was asking for the investment to expand his operation to the West Coast, targeting Los Angeles.

Guest Shark Matt Higgins and Vaknin began to discuss the restaurant business using industry jargon. This lost Daymond John’s interest and he dropped out of negotiations.

Kevin O’Leary did not agree with what he called an “insane” valuation and he was out. Mark Cuban was quick to follow. 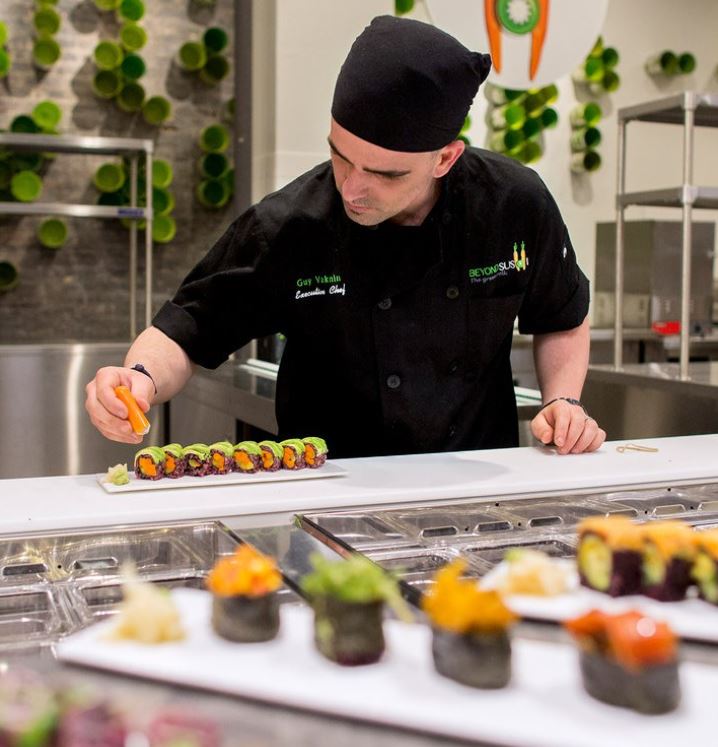 Higgins and Greiner came to the table with a joint offer of $1.5 million for 30% of West Coast and 15% of East Coast.

The reason for upping equity on the East Coast from the offered 5% to 15% was to offset the risks of the as yet unproven West Coast operation.

Vaknin paused, taking it all in. John urged Vaknin to say yes, no or counter, but quickly, as he wanted to eat the rest of the sample sushi!

Vaknin tried to counter-offer by knocking Greiner and Higgins down to 12% of the New York operations. The Sharks would not budge.

After another tense pause, Vaknin accepted, while O’Leary shook his head.

After the show, Vaknin declined to accept the investment offered by the Sharks. Vaknin claimed that after due diligence, he realized that the business was going to be taken in a direction he was not happy with.

As a result, the plans to expand the business to the West Coast have stalled.

Tree T Pee Net Worth 2021 – What Happened After Shark Tank?
Scroll to top