Chirps Chips Net Worth 2021 – What Happened After Shark Tank

You are here: Home / Blog / Business / Chirps Chips Net Worth 2021 – What Happened After Shark Tank

Chirps Chips Net Worth 2021 – What Happened After Shark Tank

Can your business idea be so far fetched that you have no chance of getting a solid customer base?

One would think selling food made of crickets will be too much to handle for many in Western society. But perhaps not. For 3 friends who sell bug-inspired chips, it turned out well.

Read on to find out how they have generated an estimated company net worth of over $3 million today.

What is Chirps Chips?

For example, its tortilla style chips contain the powder along with soy and grain. Benefits of the products include that it’s gluten free and, as stated on the Chirps website, cricket powder is an excellent source of fiber, amino acids, protein and prebiotics.

The three people behind the brand are three friends: Rose, Meryl and Laura.

Through individual experiences they all discovered the tastiness and value of alternative food sources. For example, one ate a scorpion in China and the other ate a caterpillar in Tanzania. They came together to provide the US with a healthy alternative snack.

What is its Net Worth?

It took many projects to get the company where it is today, such as a 2014 Kickstarter campaign that raised over $70 000.

These days you’ll see sales of around $1 million on the Chirps books. When they appeared on Shark Tank, they valued their company at around $1.4 million and that has risen to $3 million since their exposure on the show.

To help them make a success of Chirp Chips, Laura and Rose went onto Shark Tank to ask for $100 000.

They were willing to part with 7% of the business and could report on a year’s sales of $200 000. Chirp Chips was projecting future sales as high as $1.5 million.

The sharks did think the chips were surprisingly tasty and Mark Cuban offered them their money but wanted 20% of the business. The ladies made a counter offer and Mark accepted 15%.

What Happened After the Show?

This is a case where the Shark Tank deal did go through.

With the help of Mark’s investment the friends could expand distribution.

What Prizes did they Win?

The friends have impressed many with thinking out the box.

Sharktanktales.com reports that they’ve been awarded prizes like ‘Forbes 30 under 30’ and they also came first in SNAC International’s challenge in 2019. The brand also had a world record for the biggest plate of nachos.

Where is the Company Today? 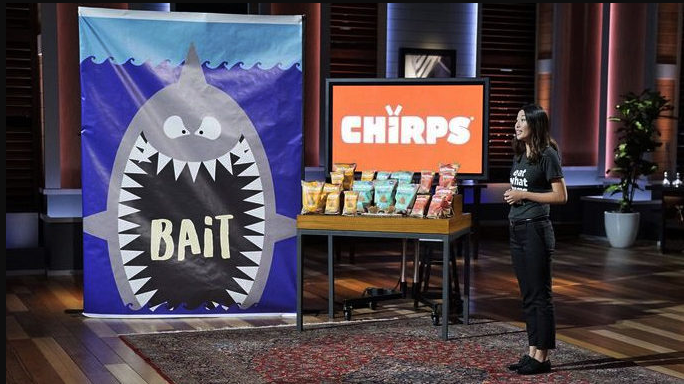 It seems the idea of eating crickets doesn’t put people off too much! Today you’ll find a lot going on on the Chirps website where you can buy many different products. The brand expanded to include:

The founders even wrote a children’s book called ‘Project Startup’, which you can purchase on Amazon and elsewhere.

What’s your crazy idea for a food item to sell or a business to start? It can’t be crazier than selling bugs to Westerners, so perhaps it’s time to get it up and running? It worked for these ladies!

Phoozy Net Worth 2021 – What Happened After Shark Tank