You are here: Home / Blog / Business / Dragons Den Net Worth’s 2022 Update – Who Are The Richest Dragons

Dragons Den Net Worth’s 2022 – Who Are The Richest Dragons 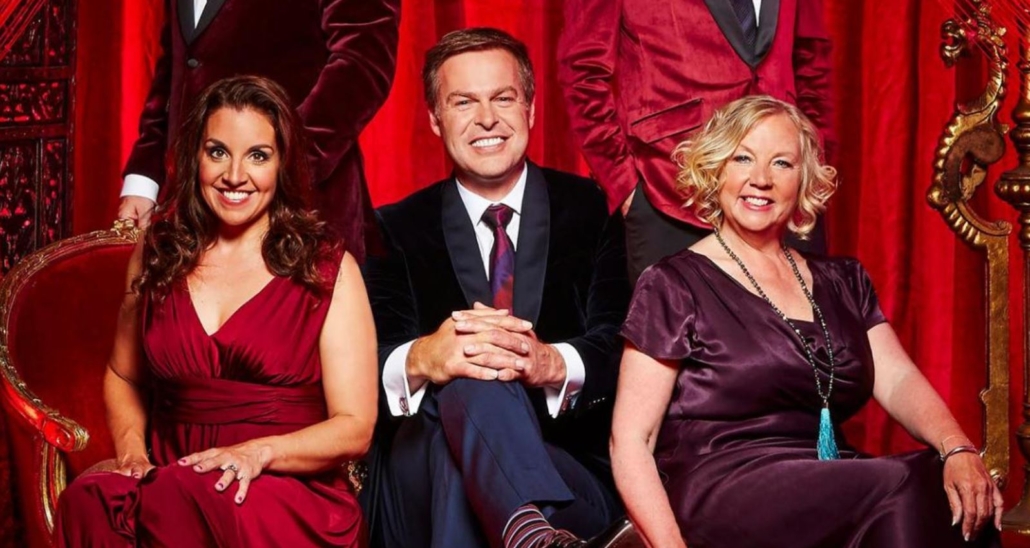 Dragons Den has been around for as long as I can remember, 17 seasons to be exact and the Dragons that appear on the show chop and change over time with only one initial Dragon left standing in Peter Jones.

Peter Jones is the richest person on Dragons Den with a whopping net worth of over £450 million pounds and he is followed closely by Tej Lalvani whose net worth has creeped to £420 million this year.

Tej has been buoyed on by people taking more of an interest in their health due to the global pandemic. Previous Dragons make up the rest of the top 5 with Duncan Bannatyne and Theo Paphitis both high net worth individuals.

What Is Dragons Den

For those who don’t currently know what Dragons Den is, it is a show where entrepreneurs, business people and inventors bring their ideas in the hopes of attracting a large investment from one of the mega successful Dragons who are willing to put up their own money to invest and grow their portfolio.

The key things for visitors to the show to get right is the product offering being attractive and offering the right amount of equity so the investment is attractive to the Dragons.

Some Dragons are trigger happy and some Dragons barely ever make an investment so without further adue, let’s jump straight into the most wealthy Dragons to appear on the Den 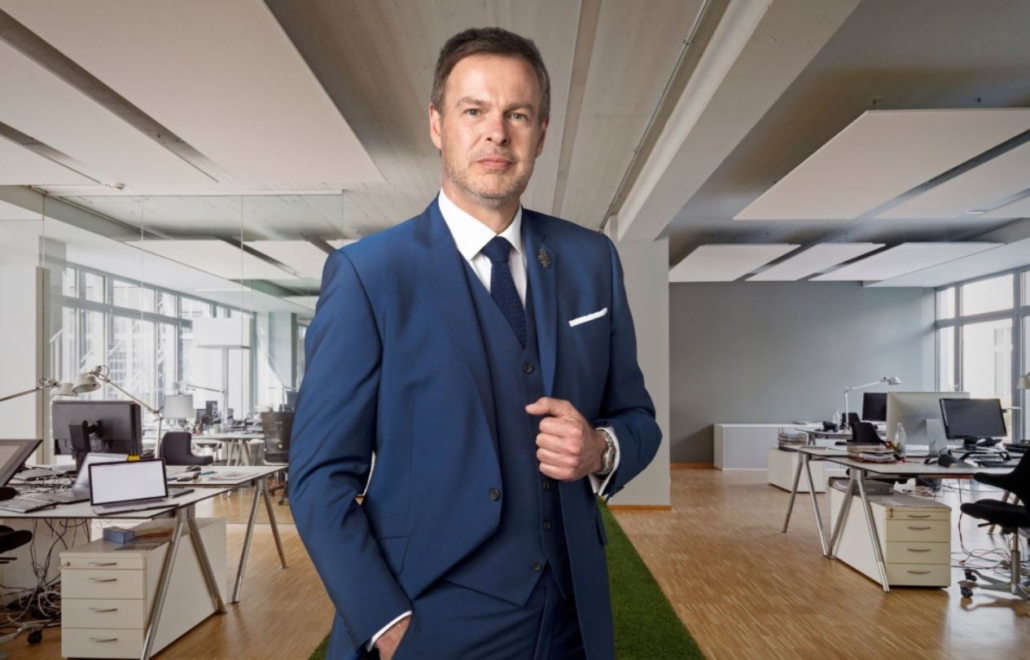 Peter Jones, the last standing dragon since the shows conception in 2005. Peter is a dragon who is on the ball, asking the right questions at the right times and making some of the best investment decisions.

He is an Entrepreneur by nature starting up his first business as a teenager with his own Tennis Academy before launching a computer business which he later sold to IBM but made a big $200k loss on.

He went broke, went back to a 9-5 and living with his parents before starting the Phone International Group which accounts for a large portion of his wealth.

The 6ft 7inch business magnate has gone on to make a ton of deals in the den include Reggae Reggae sauce, Red Letter Days and Bladez toys.

He also runs the Peter Jones academy which aims to promote Entrepreneurship among young people in the UK. 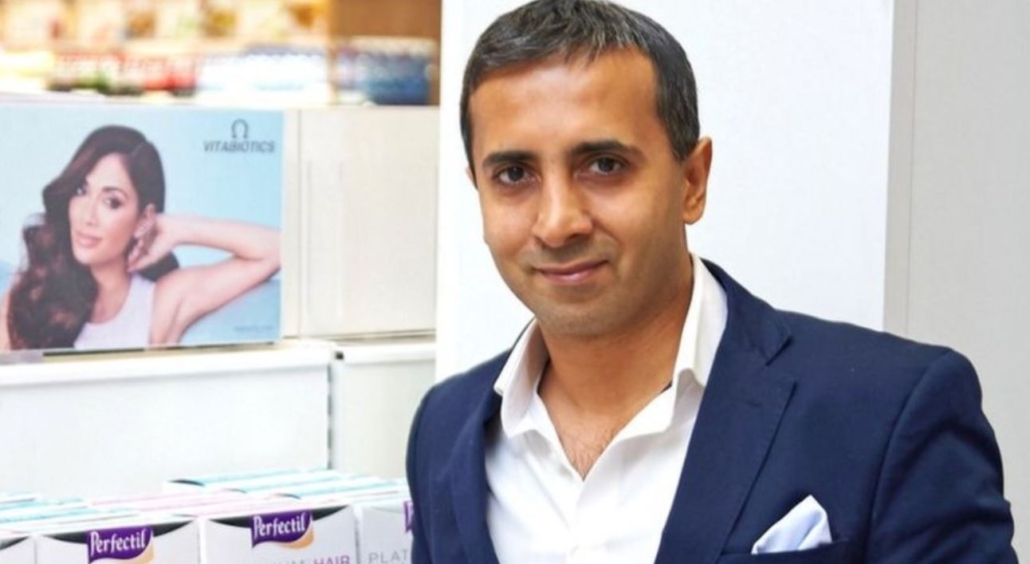 Tej Lalvani joined dragons den in 2017 in its 15th season of filming and quickly made a name for himself as a trigger happy dragon, secure more deals already than any other dragon since the show started filming.

Tej was born in India and got caught up in military conflict between India and Pakistan before moving to the UK with his family.

He studied medicine and nutrition in the UK and Germany before joining the family business, Vitabitotics’ as a forklift driver in their warehouses.

He worked hard and worked his way up to become CEO alongside his father who is the chairman and founder.

Tej’s mom is also famous in her own right as a former miss India winner and miss world runner up.

He is currently married to Tara Ruby and the pair have two kids. Despite his vast net worth, he promotes a strong work life balance and always has time for his children by rising early and getting all his work done for the day, including filming for Dragons Den.

Some Notable Den Investments include:

I remember reading Duncan Bannatyne’s book when I was a teenager and eager to become an entrepreneur myself.

Duncan Bannatyne was happily married and enjoying a sun holiday when he was shown up by somebody who was enjoying wealth and he decided right then that he was going to become a millionaire himself.

He did it by setting up an Ice cream van and expanding it into an empire before moving onto Nursing homes, Fitness centres, hotels and property, developing a huge portfolio of cash flowing assets over time to the massive empire we see today.

Duncan is known for being no nonsense and brash on Dragons Den, often getting into friendly tussles with fellow Dragon Peter Jones.

He left the show after 12 series in 2014 citing other business commitments. He said “I Don’t plan on making any further investments on the show so it is only fair to give my seat to someone else”.

Duncan has 6 children, 2 grand children and his current wife Nigora Whitehorn is 30 years his junior at just 40 years old.

Notable investments from the den include Choc Box, An Umbrella Vending Machine, A Hat Shop and a Falconry Company.

He apparently sold all the Den Investments but still maintains a massive net worth of over £400 Million. 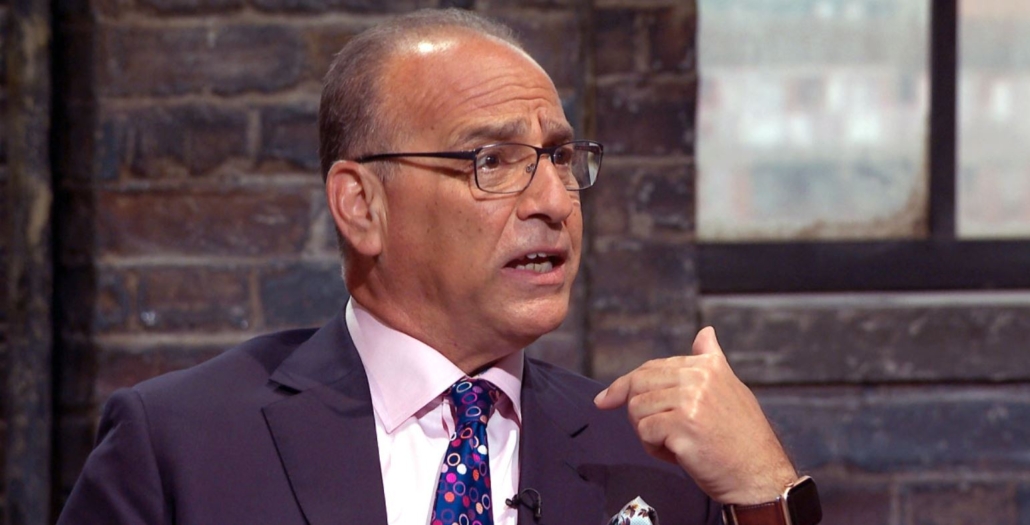 Theo Paphitis is another Entrepreneur who immigrated to the UK as a child from Cyprus at a very early age and went on show an Entrepreneurial spirit early, running his schools tuck shop at 15 years old.

Theo joined Dragons Den in it’s second season in 2006 and left after the 2012 series although he made a return in 2019 following a short illness to Touker Souleyman where Theo stepped in for 3 episodes to fill his place.

Theo started out in the commercial mortgage market and quickly gained an understanding of how company’s balance sheets work before moving into business for himself.

He made a large fortune from NAG telecom in the rapidly growing mobile telecommunications space before buying struggling Ryman stationary company and turning it around to make a fortune.

Theo made his fortune in the retail sector with lingerie companies such as La Senza which he subsequently sold for over £100 million pounds, he was the chairman of Millwall football club for some time and also set up another lingerie chain in boux avenue and acquired plenty of other businesses.

Notable investments on the Den include Red Letters Days which he bought with Peter Jones and subsequently sold.

He lives in the UK with his wife Debbie and 5 kids including twins. 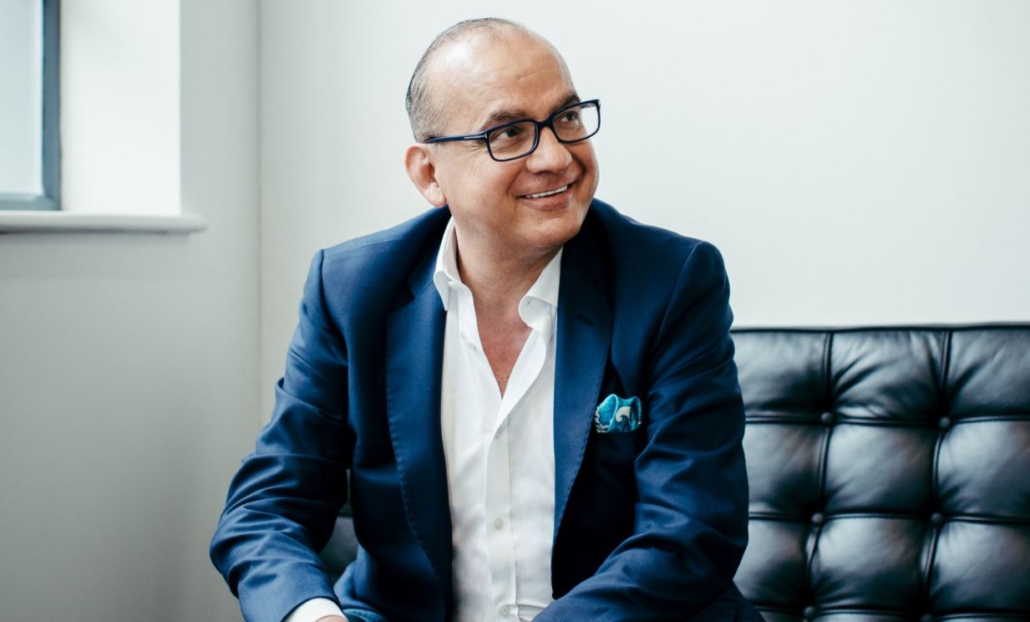 Another Immigrant to the UK of Turkish and Cypriot descent. Touker started out as an accountant for small businesses, quickly got bored, realized there the only was to get rich were in property or fashion and set out on his own to make a fortune.

He started out selling garments with his grandmother before acquiring a stake in two businesses without realizing they had falsified their books. He ended up having to sell his house in order to repay the debts.

Touker started again, this time more experienced and it paid off when he acquired a small cash and carry business which was supplying Marks and Spencers among others.

Following a series of acquisitions, revenues swelled to £30 million per year and Touker had made his wealth.

He joined the Dragons Den in 2015 and remains on the show to this day.

Toukers investments on the Den include Tru-Tension, Intelligent Futures, Personify XP, Huxley & Cox and Bikesoup which all combine to give a handsome Net Worth of over £200 million in 2020. 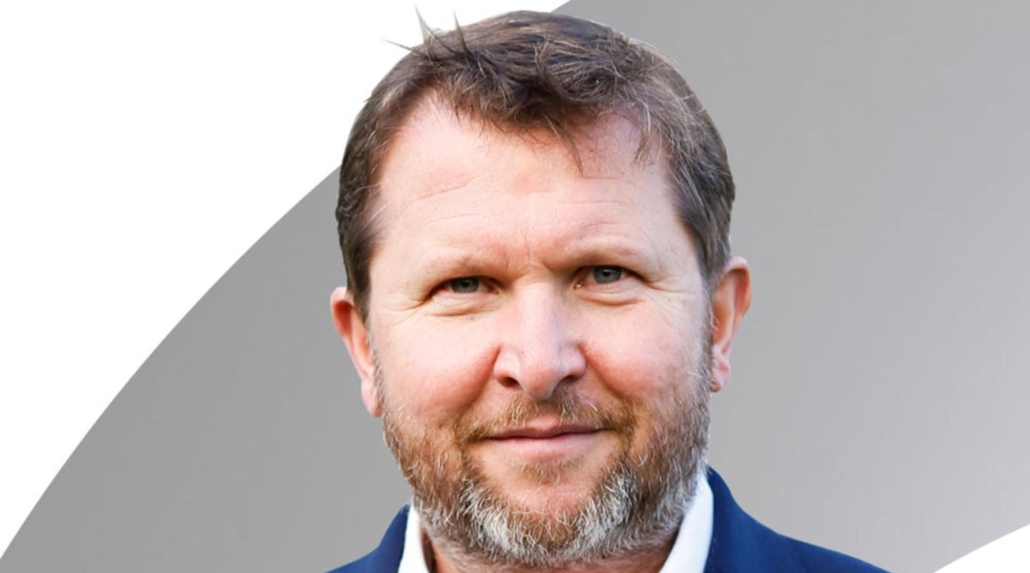 Nick Jenkins is an English Business Man who studied Russian growing up and ended up at a trading company in Moscow working for 8 years before returning to the UK to complete a masters and to start up a greeting card company named after his high school nickname in ‘Moonpig’.

Moonpig was an enormous success and he eventually sold the company for over £100 million pounds.

He joined Dragons Den for the 13th and 14th series in 2018 and 2019 and keeps himself busy with his investment ventures and the companies he has invested in on Dragons Den. 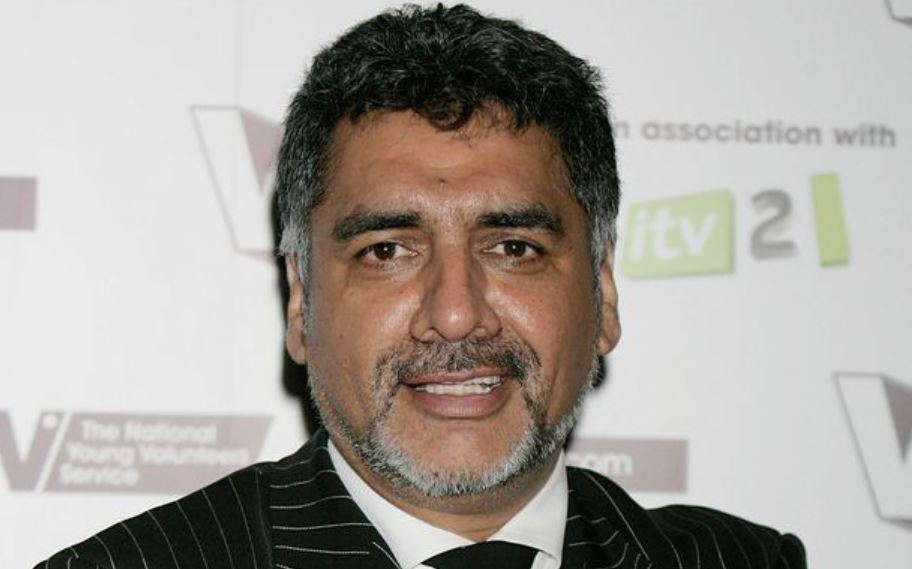 James Caan is another Entrepreneur that I know through reading his biography as a teenager hungry for success.

He is also a Pakistani born immigrant who came to the UK at just 2 years old.

James Caan didn’t start off with rich parents or a Harvard education, he worked in various selling and part time jobs before starting a recruitment agency in a tine office in the heart of London, a location he chose because of it’s prestigious address.

He would go on to grow a subsequent head hunting agency to over 30 countries and 147 offices worldwide while Alaxander Mann, his initial company generated £300 million in yearly revenue.

Caan sold his stake in Alaxander Mann and went on to create Hamilton Bradshaw – a private equity firm that went on to generate £300 million in revenue in 2014.

James appeared on Dragons Den from the 5th series in 2007 and left the show in 2011 after 4 seasons stating he was too busy with philatropic and existing business ventures. Including helping children in need, working with the UK government and trying to reduce bullying in schools. 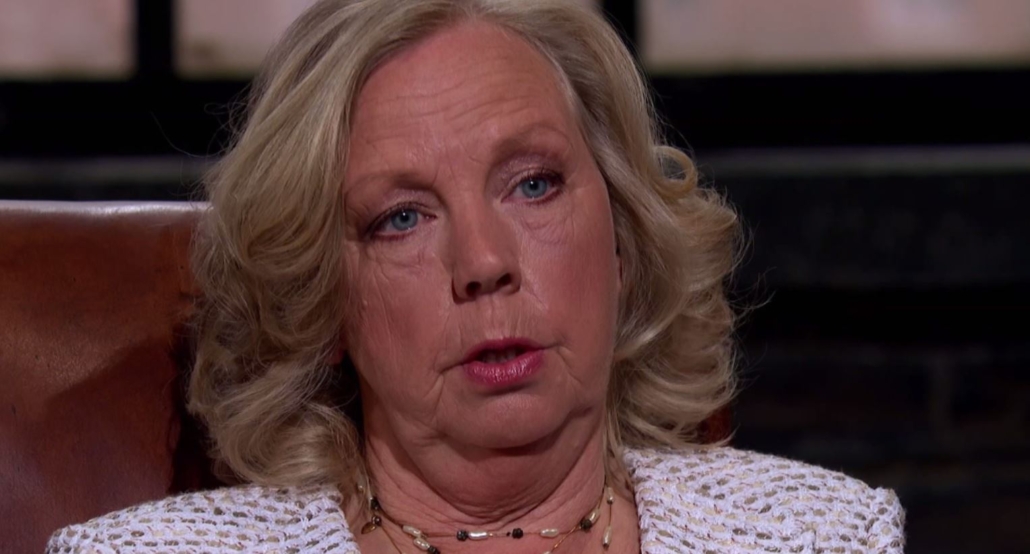 Deborah Meadon is the first female on our list but she still commands a highly impressive net worth of over £40 million and has been a loyal servant on Dragons Den.

Meadon grew up in Brighton before moving to Italy at 19 to set a glass export business which failed after 18 months. She then went on to sell her stake in a leisure company for £10,000 before going on to get involved in Weststar holidays where should eventually take over the company in a management buyout.

She led the company successfully to an £11 million profit, selling holidays to 150,000 families per year before selling her stake for over £30 million and going on to create various textile business and property investments.

She has been a long standing dragon, investing in over 63 businesses to the tune of £3.3 million. She joined in the third series in 2008 and is still going strong today also appearing on Dancing With The Stars in 2011. 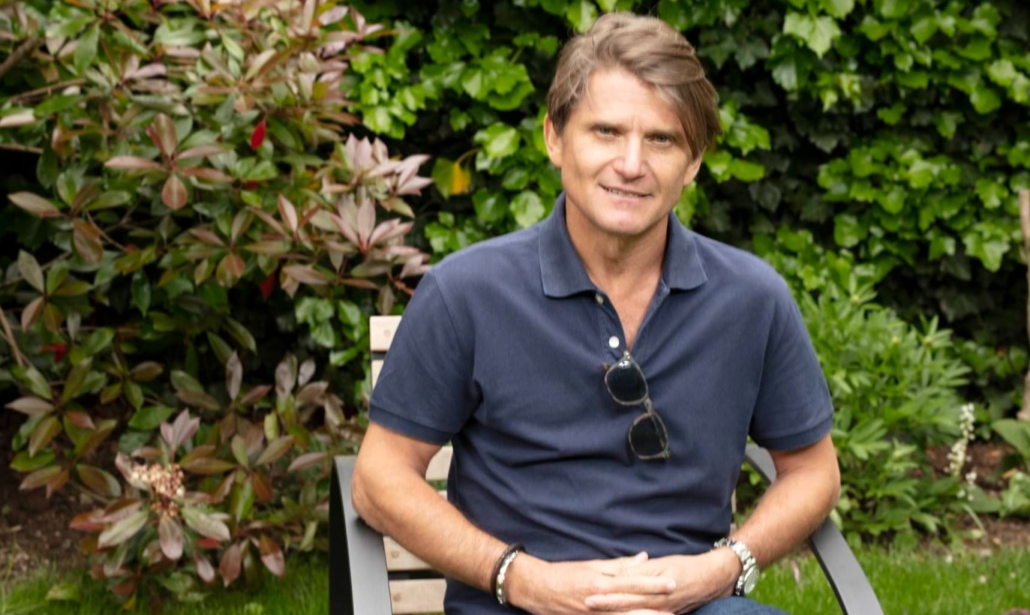 Richard Farleigh is another foreigner that made his way to Dragons den, born in Victoria, Australia, he made his way to the UK in the 90’s but not before working his way up the corporate ladder as an investor and trader in Sydney.

He retired at 34 to live in Monte Carlo and worked with David Norwood to set up an investment company that was later sold for £20 million and he began investing some of this money in various British telecom companies.

He appeared on Dragons Den from 2006 to 2007 but was trigger shy and dropped by the show after only 1 year.

To this day he remains as one of the most wealthy dragons to appear on the show. Piers Linnay is a British born business man and investor who took the corporate route to wealth by graduating as a solicitor, working at an investment firm, becoming CEO and then embracing technology in investing to build a business empire.

He appeared in two series of Dragons Den between 2016 and 2018 investing notably in childrens tech business, ‘Wonderbly’ along with many others.

We can see from the list of characters on the show over the years that Dragons Den is the real deal, with real investors who are willing to invest their own money, time and expertise to get various businesses off the ground.

We hope you enjoyed our list and don’t forget to check out our other articles.

10 Benefits Of Blogging For E-Commerce – Must Read Guide