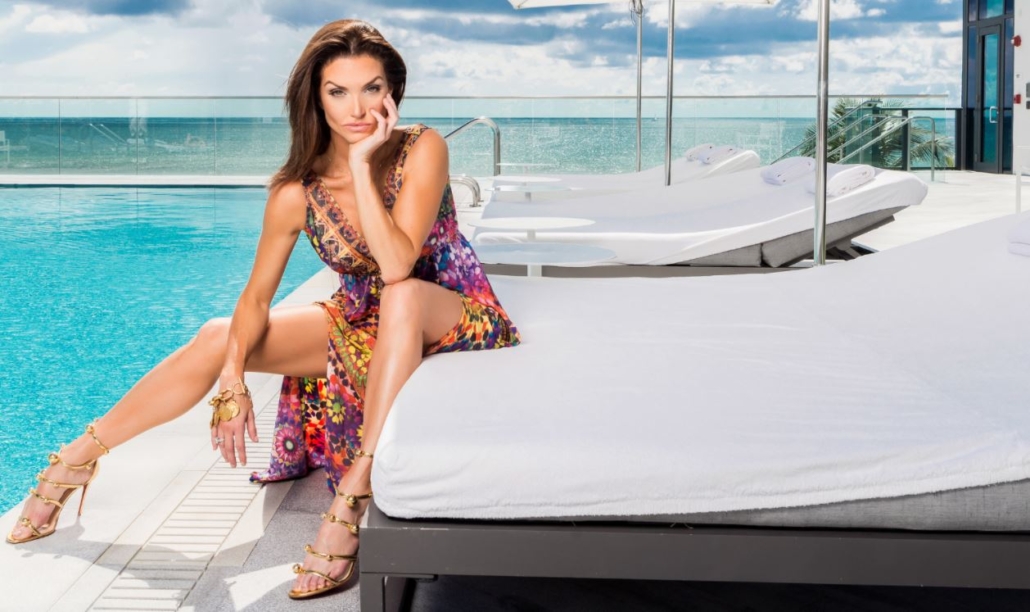 Elena Cardone is a Spanish born multi-talented powerhouse who has built a personal Net Worth of $35 Million. She redefines what it means to be a powerful woman and a woman in power. She started in modeling and acting but slowly shifted her focus and morphed into a businesswoman like no other.

With the mentorship of her husband, Grant Cardone, and her natural flair for performing she became a hugely successful motivational speaker. She freely shares her knowledge on her various social media platforms.

With so much going on in her life it is difficult to know where the woman ends and the businesswoman begins. This article explores her life, both as The Mother and as The Mogul.

What Shaped The Woman? 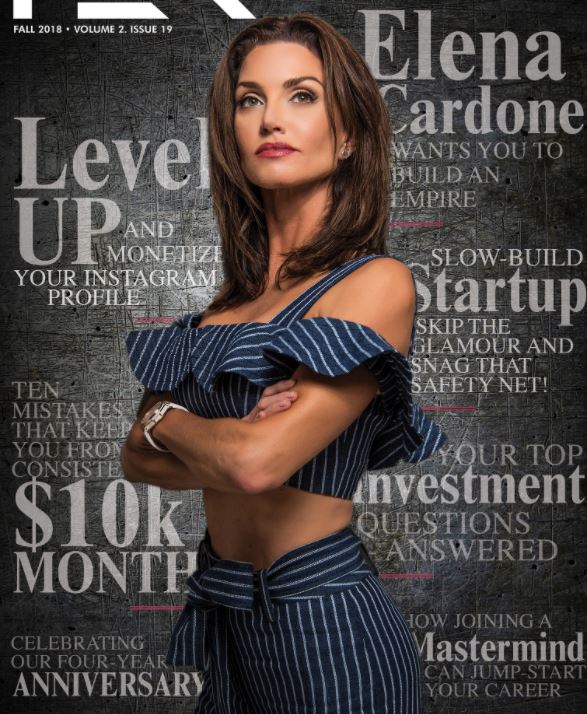 Elena Lyons was born in Madrid, Spain on 27 June 1973 to her father Bill Rosaia. At an early age, her family moved to New Orleans, Louisiana, where she lived until the age of 17 where she struck out on her own and moved to Los Angeles.

At 4 am one fateful morning her neighborhood desperately tried to douse a raging fire while waiting on the fire department. Unfortunately, they did not succeed and 13-year-old Elena looked on as her best friend was trapped inside her burning house and died.

After moving to the states she proceeded to work in modelling and acting before she met then millionaire and successful entrepreneur, Grant Cardone and the pair went on to build a billion dollar empire.

How Grant And Elena Met And Eventually Fell In Love 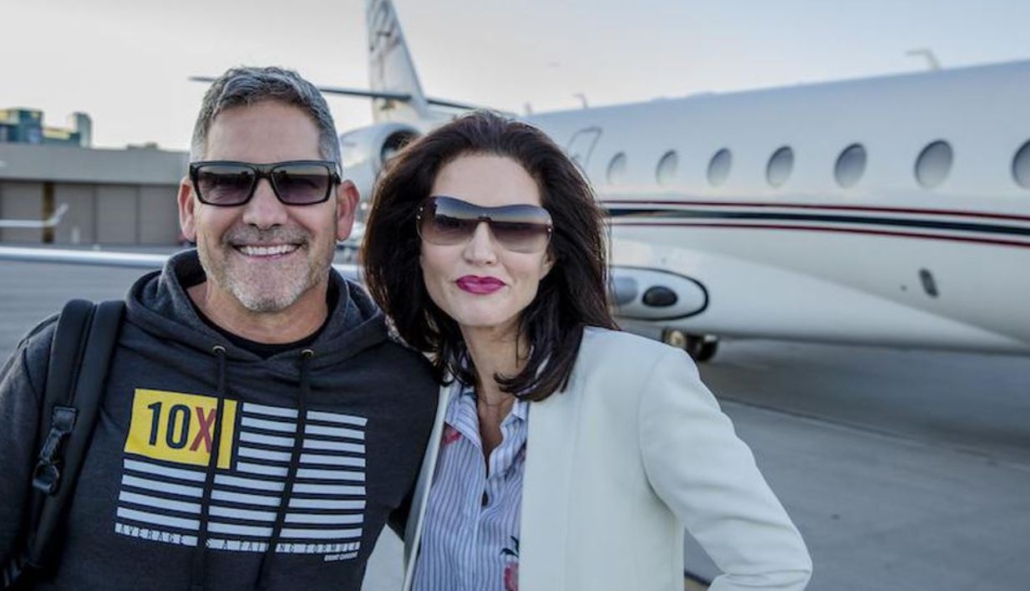 The story of how the pair met is testiment to the persistence of Grant Cardones character and his sales skills.

They met on the stage of a movie where Grant got Elenas number from the producer and rang her to ask her for a date. Elena wasn’t interested as Grant wasn’t her type.

Grant was sure he had found ‘The One’ and rang her every month for over a year to try and get a date with the actress and model.

He eventually succeeded when he rented out the entire shooting range for the pair to have a date and the pair grew from strength to strength.

Grant eventually convinced Elena to give up on her fledgling acting career as she didn’t have control and to instead focus on building their empire together.

The 2008 crash nearly put the pair out of business but they survived and then changed their game up to build an untouchable empire and become a worldwide celebrity couple, inspiring entrepreneurs everywhere to 10X their businesses and their lives.

What Kind Of Family Could Foster Her Success?

Despite the 15-year age gap, Elena and Grant share a productive and dynamic life. They have two daughters, Scarlett and Sabrina, who emulate their parents’ drive for success and self-improvement.

Elena consistently pushes her daughters to do good, learn about business, money and be good by being involved in their lives and interests. She shares their successes and failures on her social media, always with a lesson that is learned or a skill that is gained.

Her daughters are as caring and as business-minded as their mother. Watch here as Elena works with her daughters to give two kittens a new home in The Cardone Household in Miami, Florida.

How Does Elena Arrive In Style? 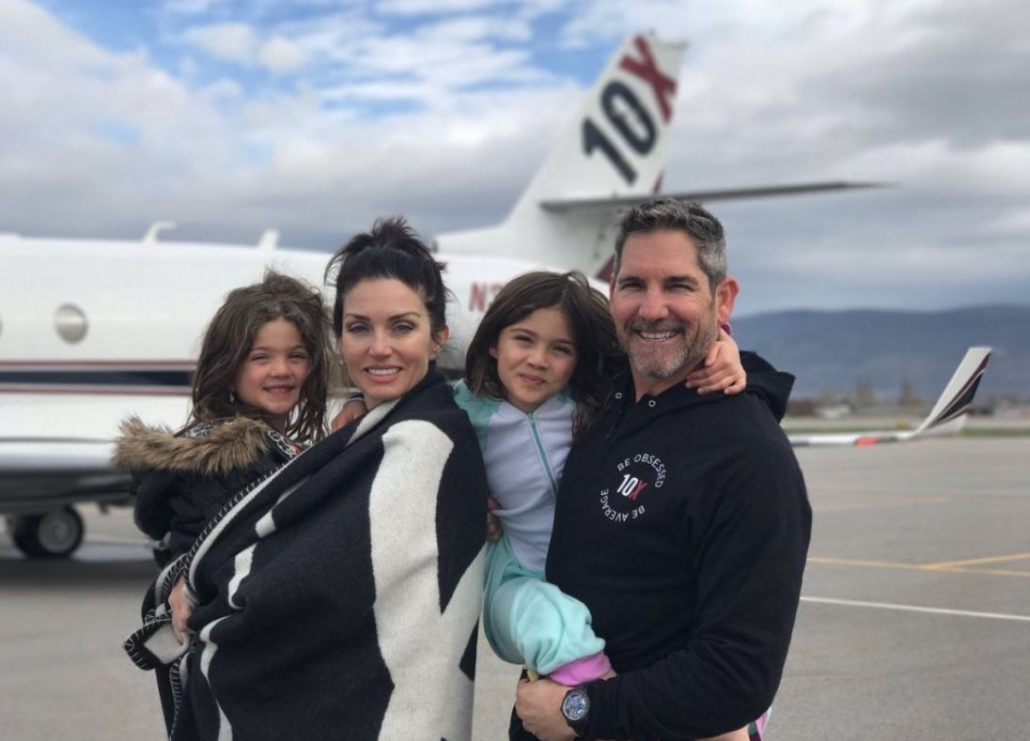 The Cardone family has a 2017 Gulfstream 550 private jet. They use the jet to go to business events and fly around the world for family holidays at a moment’s notice.

The Cardone’s decided to go private because the pros outweighed the cons both financially and personally. You can find their reasoning and breakdown here.

Grant Cardone says, “We never missed a meeting, never had a delay, were able to reroute trips, didn’t have to deal with delay and nasty flight attendants, and was able to add new destinations as opportunities were created.”

What Kind Of Hobbies Does Elena Have? 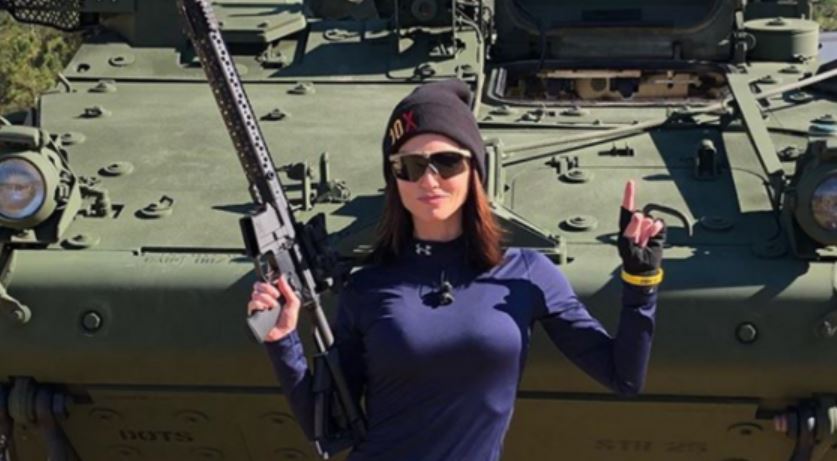 Elena is not a one-trick pony; she has many hobbies and interests besides her work. She is a capable horse rider, shooter, muay thai practitioner and scuba diver.

She has started training to get her pilot’s license, has auto mechanic experience, and first aid training.

Not to be labeled as a woman who relies on her beauty, she is ranked 10th in California in clay and trap shooting with a shotgun.

She is always looking to improve herself and take on new challenges. You can check out her post on Instagram where she shows off her shooting skills.

Who Was Elena Lyons Before She Met Grant?

When Elena moved to Los Angeles at 17, she started modeling for Elite Models where she did some commercials and print editorials.

Later, she found a passion for acting and landed the role of Lauren in High. She also appeared in Two and a Half Men, NCIS, Days of our Lives, CSI, Young and the Restless, and Grounded for Life. In 2004, she landed a spot on Maxim Magazine’s Top 100 list.

Elena Cardone’s estimated net worth is $35 million. She has worked tirelessly for this money and maintained a diverse array of money-making avenues that draw in the big bucks.

However, she also has smaller programs that people can purchase on her website, including the $8 000 virtual 1-on-1 coaching that goes all the way up to $100 000 for the 12-month program.

The 10XLadies Conference is a two-day event that brings together women who want to learn to build an empire like Elena Cardone. Elena works together with other influencers, CEO’s, and content creators to create a full timetable of education and fun.

Elena is a big proponent of advertising yourself and building a network of like-minded people. At the 10XLadies Conference, she brings together over 500 women to help them boost their networks while learning from the best.

Logging on to their networking Zoom calls is free and available here.

Elena Cardone As An Author 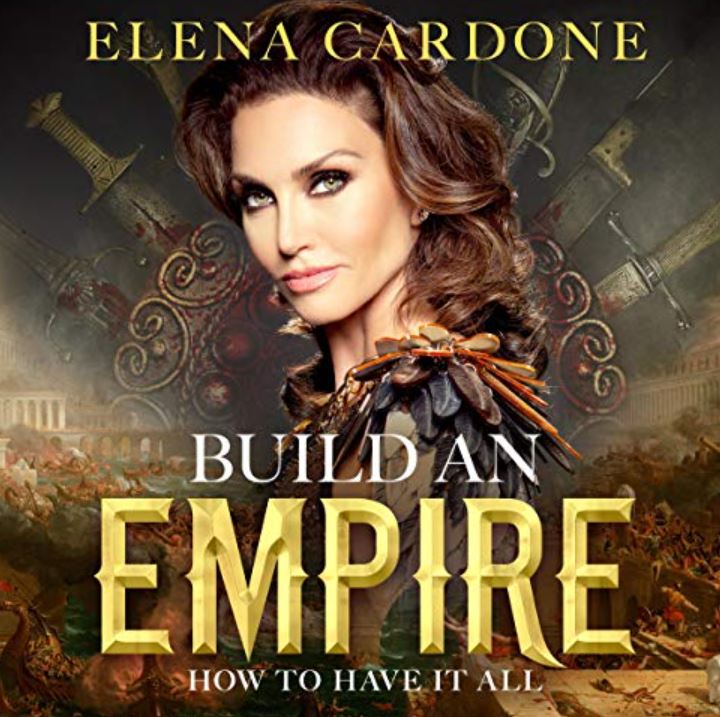 Elena is a brilliant author who wrote Build an Empire: How to Have it All, available here. Elena uses her life and experience to help other women get to where she is faster than she did and without committing her mistakes.

This book focuses on:

Who Does She Stand Up For?

Elena stands up for parental and civil rights. She is a champion for those who do not have a voice and is constantly active in fundraising and campaigning for the less fortunate. You can see her petition to the government here.

Elena’s father was a World War II veteran and she remembers how he struggled after the war. Elena and Grant provide free training to veterans and active duty Americans as a way of giving back to those who give their lives.

If you want to test the waters out and see if you like her style you can watch some of her speeches on her YouTube channel here.

If you are not in the market for a Key Note speaker, and just want to hear her advice, check out her YouTube channel for some of her free videos and her podcast for in-depth discussions.

How She Supports Women In Business 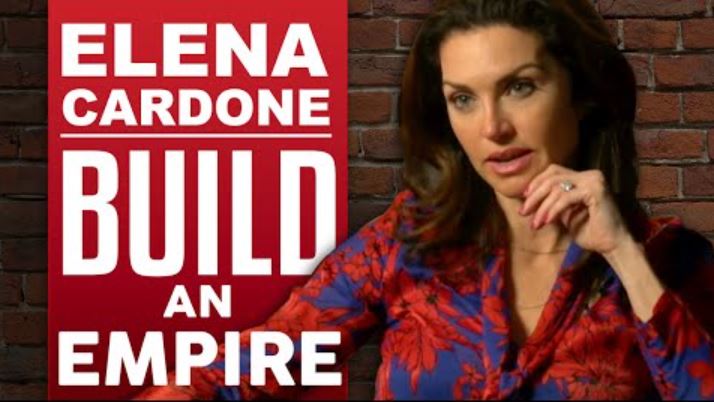 Elena is all about helping women build connections and grow their own empires. She has a set of free videos on her YouTube channel where she discusses various aspects of female empowerment.

Elena has also interviewed many women about their roles in business and what they do to empower other women and how they grow the sisterhood of feminism and female empire builders.

She created the 10XLadies Conference and hosts the show Women in Power where she focuses on raising women up and helping them achieve their goals.

While it might seem like only the wealthy have access to her toolbox of successful tips, she shares her knowledge freely on her YouTube channel. She also shares her success tips in a monthly newsletter.

You can view some of her top tips that she reveals by going to her YouTube channel and watching her playlist of interviews.

Elena believes surrounding yourself with people who have the best intentions and who do not wish you failure will help bring you success, “Knowing who your true friends are is VITAL to your success.”

Connecting With The World Through Social Media?

Elena stays connected with the world around her through her many social media accounts. You can follow her on Instagram, connect with her on Facebook, listen to her on her podcast, and watch her on YouTube.

She shows her audience and fan base that she is in fact a very real person by not always being 100% polished and made up. She shares her struggles with parenting and the journey she and Grant go on to raise two children in the Covid-19 era.

Elena Cardone is a truly authentic woman who has it all. However, “It All” was not given to her, nor did it come easily.

She is a phenomenally hard worker when it comes to her business ventures and a fierce mother to her family.

She is an inspiration to women around the world who want to Build an Empire and 10X their lives.