Hug Sleep Net Worth 2022 – What Happened After Shark Tank

You are here: Home / Blog / Business / Hug Sleep Net Worth 2022 – What Happened After Shark Tank

Hug Sleep Net Worth 2022 – What Happened After Shark Tank 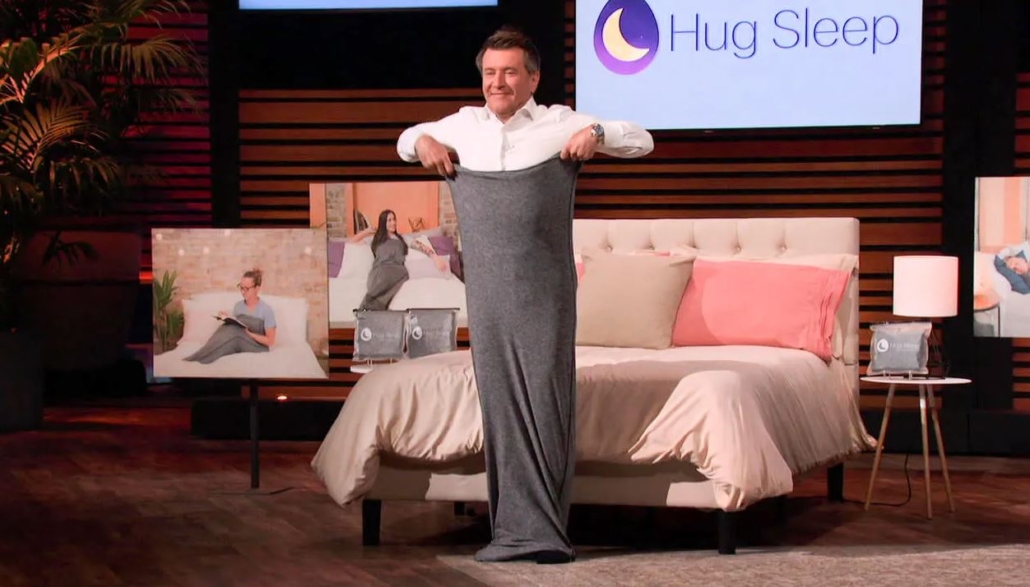 Sleep Pod inventors Matt Mundt and Angie Kupper hit a real home run on Shark Tank. They walked in with a super confident and heartfelt pitch and asked the Sharks for a $150,000 investment for 10% of their business.

What ensured was Shark Tank gold with a bidding war between all of the Sharks onset.

What is Hug Sleep?

The Hug Sleep Pod is an adult swaddle that feels like an all-around hug. The fabric completely encloses the sleeper white leaving their head free. There is a hole in the bottom for those who like to stick their feet out of the covers.

The Hug Sleep pod is made from 89% polyester and 11% Lycra which makes it soft, breathable, and stretchy.

The Hug Sleep Pod feels like a weighted blanket that encloses the sleeper and uses Deep Touch Therapy to help reduce feelings of anxiety and sleeplessness.

Who is Angie Kupper and Matt Mundt? 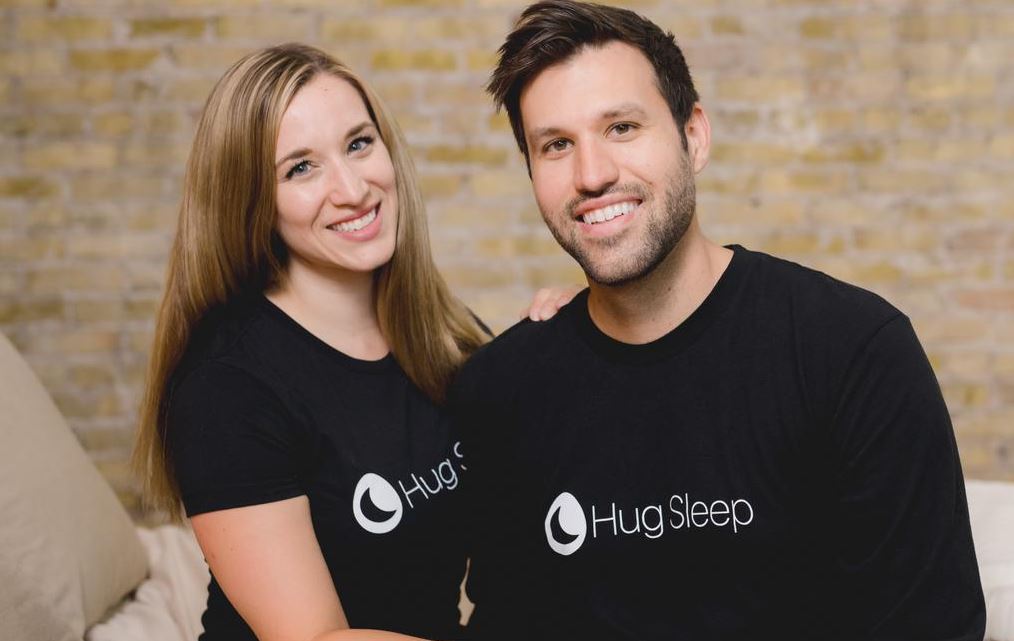 Matt Mundt had had problems sleeping his entire life. He could barely get a solid night’s sleep. He had tried many weighted blankets but nothing aided in him getting that good night’s rest.

Angie Kupper has a passion for helping those in need or experiencing pain and discomfort, especially from mental illness. She knows how important sleep is to maintaining your mental wellbeing. She saw the effect lack of sleep had on her husband.

Matt has a degree in mechanical engineering and was experienced in product design. He decided to use his smarts to solve his problems. Angie saw the potential his solution had for people with anxiety and other mental illnesses and supported him.

The couple walked into the Tank, pitched their idea, and asked for $150,000 in exchange for 10% equity. The Sharks loved the idea. Robert Herjavec tried it out and said it was very soothing.

After talking hard numbers with Kevin O’Leary, the couple came down to their overall net profit at the time at 41%. This impressed the Sharks hugely.

Angie revealed that the couple had only put up $2,500 as capital and had made a profit within two weeks of operation! The pair needed the $150,000 for inventory. And so, the bidding war ensued… 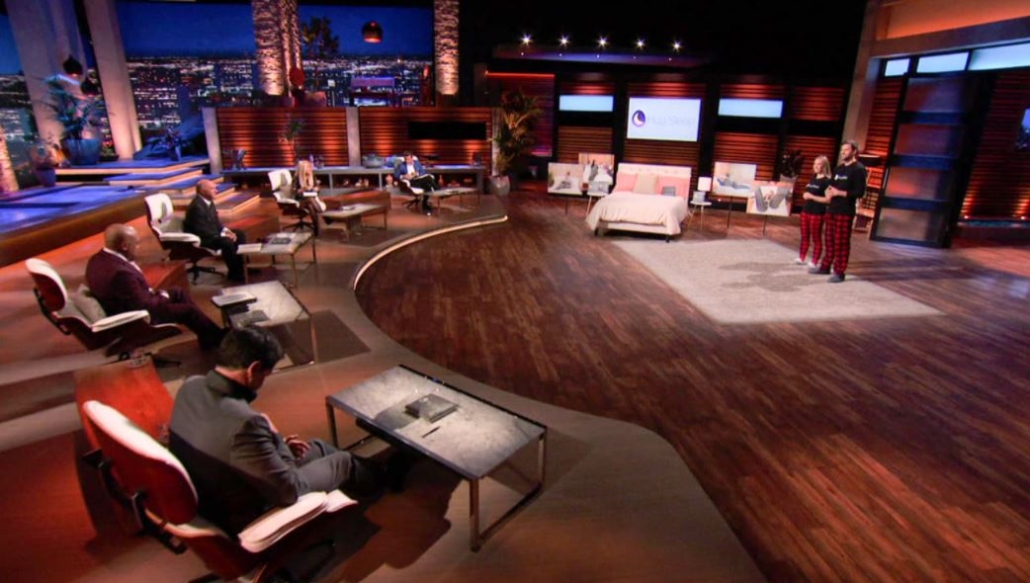 Mark Cuban then threw his hat into the ring and proposed two offers. One, give them the money for 10%, or two, give them $300,000 for 20%. Greiner added that she would meet Cubans deals with her own which Daymond John seconded.

The pair asked if there was a team offer on the table. Greiner and Cuban offered a shared deal of $300,000 for 20% of the business and the couple agreed!

What happened after Shark Tank?

Hug Sleep saw a huge boost in sales after the show aired as many businesses do. They sold out of inventory immediately! They started a customer waitlist while they were restocking.

The business is booming and sales continue to climb on their website as well as on Amazon.

A final word on Hug Sleep

With a booming business, constantly sold out stock, and the backing of two fierce Sharks, Hug Sleep has gone from strength to strength.

The sleep-aiding, anxiety-reducing business continues to do well on their website as well as Amazon.