John Crestani Net Worth 2022 – Where Did He Make His Money?

John Crestani Net Worth 2022 – Where Did He Make His Money? There is a lot being said about internet marketing and affiliate programs these days. It seems that the space is replete with scammers and fraudulent programs that aren’t actually designed to avail anything for the hungry entrepreneur.

And perhaps, there is no figure in the burgeoning online marketing world more controversial, mysterious and intriguing that John Crestani.

The reason the allure of this millennial millionaire who some have called a street marketer is so powerful is because his story is shrouded in a veil that has been woven together from fact and fiction.

There are a lot of reports on John Crestani – some of them based in fact, some of them complete fabrications. And this mythos has been interwoven with the truth about this man and very few have a real picture of who he is.

This is the stuff that internet legends are made of. So today, we wanted to set the record straight and give you the real story about this infamous self-made millionaire. 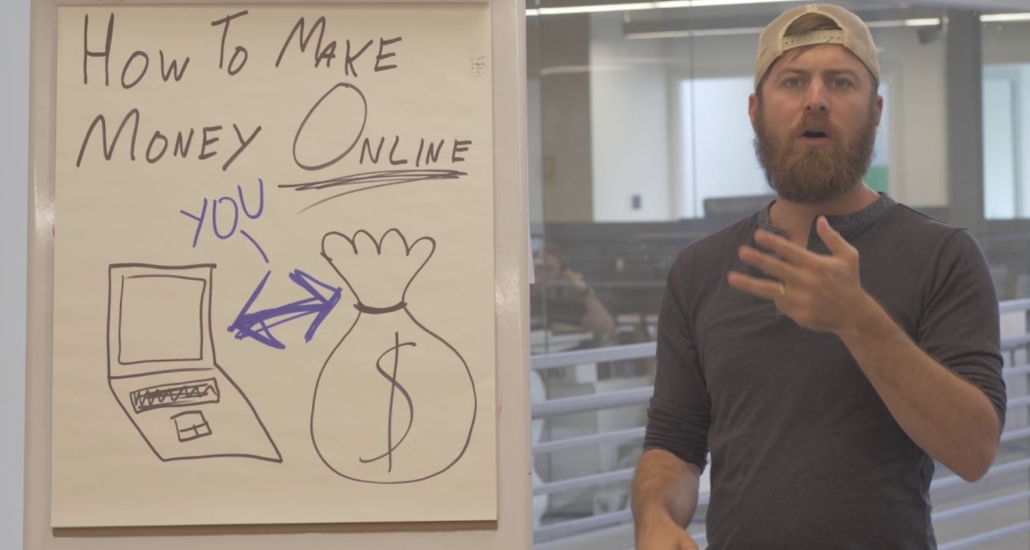 If you know anything about affiliate marketing then you are probably familiar with John Crestani’s work. John has become something of a YouTube celebrity because of his generosity with his knowledge.

He has put up tons of educational content on YouTube that helps people get started with paid advertising, affiliate marketing and internet marketing.

But John wasn’t always an internet celebrity or a marketing guru. In fact, he started his career at a disadvantage because he dropped out of college. But he managed to build his wealth through affiliate marketing and selling his knowledge of internet marketing.

So how much is Crestani worth today? He does a pretty good job of keeping the aspects of his personal life on the hush hush but it is estimated that his net worth is $7.5 million plus.

The story of Crestani’s early life is sort of all over the map. In college, he tried to earn a few extra bucks by becoming a medical test subject for various pharmaceutical companies.

This was obviously no way to live as John frequently found himself ill. John eventually dropped out of college and it was during a trip to Thailand that he read “The 4-HourWorkweek” by Timothy Ferris.

That trip and the book would give the young man with little direction in life the inspiration he needed to take his life by the reins.

He started out by selling other people’s products on eBay. But this venture was quickly shuttered by PayPal because as it turns out, many of the products he was selling were technically illegal in the United States.

So Crestani started all over again, re-enrolled in school and eventually found work with a marketing firm in Los Angeles that specialized in affiliate marketing. John quickly developed an aptitude for crafting paid advertisements and was doing well.

But, underappreciated by the firm, he parted ways and soon developed his own strategy which he used to successfully promote the products of his own clients.

Eventually, Crestani realized that the future of education was online and he wanted to get in on the ground floor of it. The result was his Super Affiliate System which teaches people how to make money online.

The system quickly grew in popularity, netting Crestani his first taste of fortune.

As mentioned earlier in this article, John does a very good job of keeping the details of his personal life a secret. But we do know the broad strokes.

According to one source, John is married although we don’t know the name of his wife. We also know that he lives in beautiful Santa Monica, California near the ocean.

And while we can’t give you any details about his crib, you can imagine that a young millionaire would have a lavish estate that overlooks the Pacific Ocean.

But he may not actually spend a lot of time there because we also know that Crestani loves traveling. In fact, being able to travel the world on a whim was one of the motivations behind the development of his affiliate system.

What Is It About John Crestani? Besides people who genuinely want to break into online marketing, Crestani has developed something of a cult following. But why is John Crestani so popular?

John Crestani appeals to the millennial generation because he himself is a millennial and he stands as an example of what a member of his generation can accomplish.

Many millennials like to travel and strive for the freedom to be able to work from anywhere except a cubicle. John Crestani has proven that this dream is possible and what’s more, he even shows people how to do it.

Plus, having a major internet presence and a hoard of loyal social media followers doesn’t hurt for popularity.

What is the Super Affiliate System?

The Super Affiliate System is Crestani’s brainchild. It teaches people how to get started with paid advertising through affiliate programs.

The system consists of 42 instructional videos and 34 videos in which you can see the system being applied in real-life advertising situations.

John Crestani has also published a self-help book entitled “Work at Home Secrets” in which he shares his internet marketing knowledge and shows readers how they can start a successful affiliate program. He also has an extremely popular YouTube channel that gets hundreds of thousands of views a day.

A lot of people ask “Is John Crestani a scammer?” And our unbiased opinion is no. While his videos and programs may not be for everyone, he has proven himself to be very good and successful at what he does.

In some of his instructional videos, he is even transparent enough to say that in order to implement some of his strategies, you need to be able to start with a certain amount of capital.

John Crestani has certainly earned the fame and recognition he is known for and if you are interested in affiliate marketing, you just may be able to learn a thing or two from him.