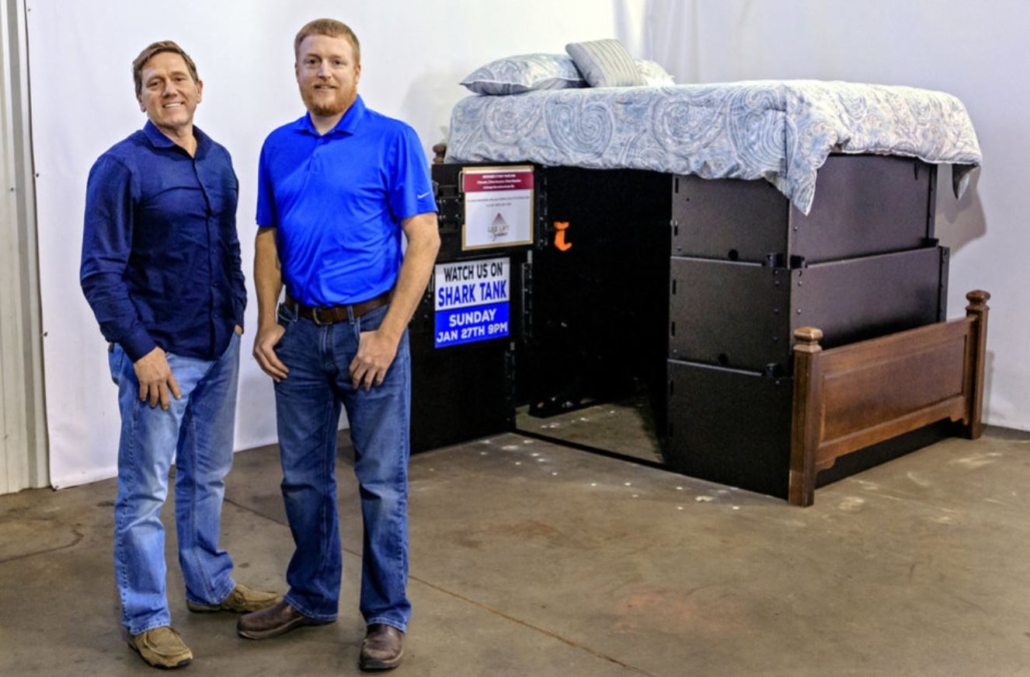 Life Lift Systems are storm shelters that are incorporated into the home as normal household items such as beds or workbenches. However, in an emergency, a battery-powered mechanism rapidly converts the everyday item into a storm shelter.

As the Life Lift (now branded as Vortex Vaults) website states: “Where safety and function are not sold separately”.

Essentially, Life Lift is a collapsible metal box that is wheelchair accessible, complete with USB charger and ventilation.

Their flagship product is a bed that telescopes up in 60 seconds, creating a tornado shelter capable of withstanding an EF5 tornado and 250 MPH winds.

The product gets bolted to the foundation of the house so that there is no way a tornado can destroy it — even if the house took a direct hit.

Obviously, these bullet-proof shelters perform the double function of being a safe place in the event of a home invasion.

Who Are Levi Wilson And Tim Todd?

Levi Wilson and Tim Todd live in Oklahoma and are no strangers to the havoc caused by storms, hurricanes, and other calamitous weather phenomena.

Given that many areas in the US are under constant threat of devastating weather conditions (on average 1 200 tornadoes a year in the US) and a lack of accessibility to shelters, Wilson and Todd set out to create products that would save lives.

Todd and Wilson brainstormed ideas to design a product to save the lives of people at home in an emergency situation. They began with the telescoping bed system.

Todd and Wilson began their Shark Tank pitch with a demonstration of the Vortex Vault bed. They asked for a $550 000 investment for 15% equity in their innovative life-saving product, Life Lift Systems.

The Sharks were wowed by the demo, the innovation, and craftsmanship of the Life Lift System. They were equally impressed by the $550 000 sales over the previous 3 months since launching the business.

The Sharks tended to agree that the low pricing of the product would lead to a low profit margin. This would affect the business long-term.

Robert Herjavec said he liked the product, but didn’t “love it” and declared out.

Kevin O’Leary felt like the product was life insurance, which in itself is an interesting idea, but not for him. 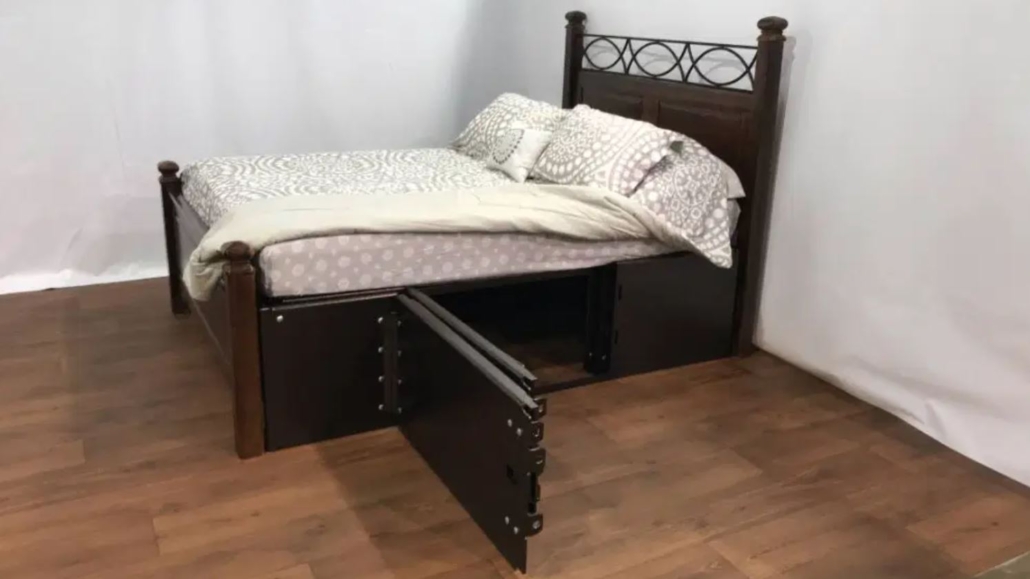 Mark Cuban made Wilson and Todd an offer for $550,000 for 25% equity. His thinking was to finance purchase orders and introduce them to builders who would help them with sales in new structures, such as workbench and kitchen island products.

Lori Greiner also offered $550,000 for 25% equity, to which Cuban countered that as he lived in Texas, he had greater accessibility to the Life Systems base. Greiner was not impressed!

Wilson and Todd tried to negotiate royalties rather than a higher equity, but Cuban cautioned them against this kind of agreement. Trusting Cuban’s sincerity, they finally accepted his offer. 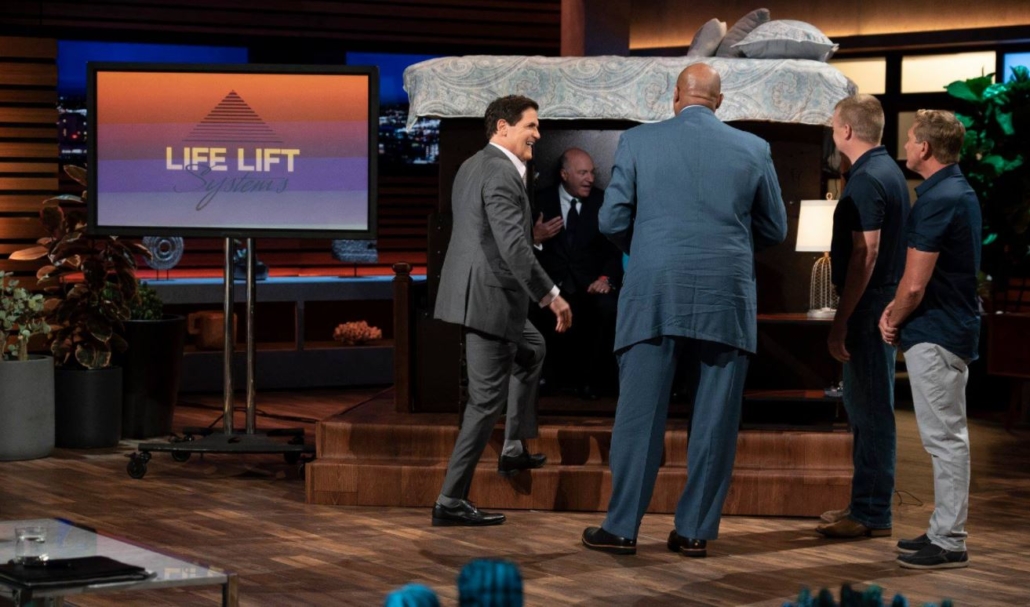 Life Lift Systems, now rebranded as Vortex Vaults, has added more distributors and more lines of products since coming under the umbrella of Mark Cuban Companies.

Along with the original shelter beds, project stations, safes, safety kits are also available. Purchases can also be financed through the company.

Vortex Vaults also offers grants and rebates on their products in states where emergency management and disaster programs are in place.

Coolbox Net Worth 2022 – What Happened After Shark Tank