You are here: Home / Blog / Business / Magic Whiteboard Net Worth 2022 – What Happened After Dragons’ Den

There was a time when you couldn’t bring a whiteboard with you. A meeting place could provide one or you had to be at the office. Not so much the case anymore thanks to Magic Whiteboard.

This portable whiteboard is stored in a roll and can be easily portable. Go from one place to the next with it and not have to worry about lugging something like a regular whiteboard ever again.

How did Magic Whiteboard do since their appearance on the Dragons’ Den? Let’s find out.

What is Magic Whiteboard?

Magic Whiteboard was founded in 2006 by Neil and Laura Westwood. The pair soon grew the company to sell not just whiteboards, but also tabletop whiteboards for children, markers, reusable notebooks, sticky notes, and so much more.

They have been able to buy back the shares that they sold back during their 2008 appearance on Dragons’ Den by 2014. Soon after, they became one of the most popular UK-based companies. They have sold and shipped products to over 20 countries.

Who are Neil and Laura Westwood? 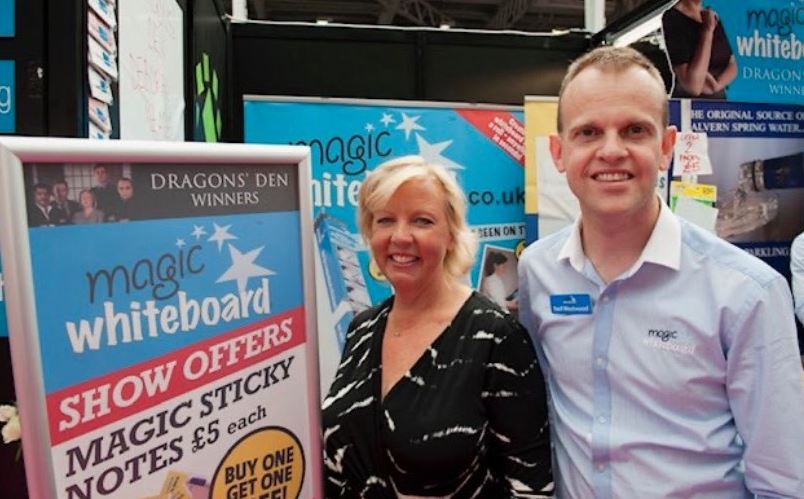 Neil and Laura Westwood are co-founders of Magic Whiteboard. They are a husband and wife team from Worcester, UK. As of today, they are the parents of two children while running a multi-million pound company.

Neil Westwood had previously worked for the National Health Service before starting a business with his wife.

Neil and Laura Westwood approached the Dragons’ Den and asked for £100,000 in exchange for 15 percent of the company. They demonstrated the use of the Magic Whiteboard and explained the product’s features and benefits.

One of the features included attaching pieces of paper to the board. The whiteboard itself was able to hold itself to a glass window. The Westwoods said that they had already been in operation for two years. 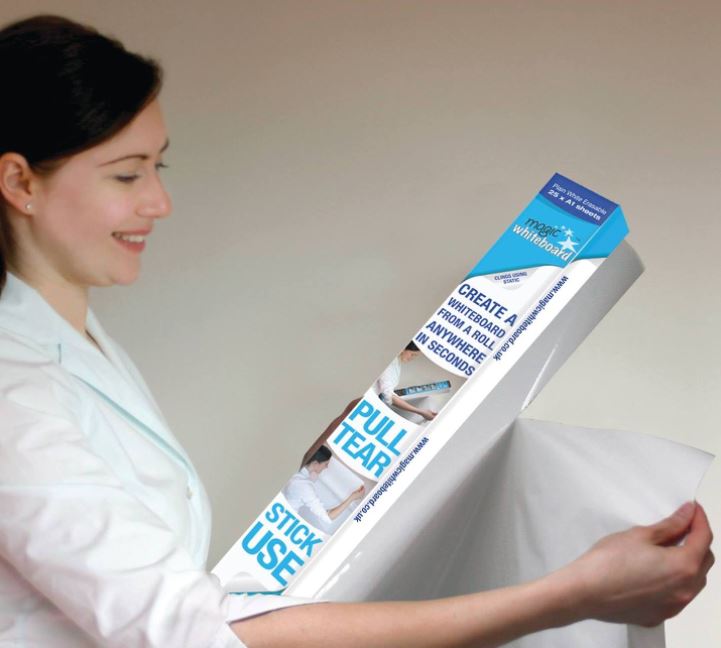 At first, Peter Jones was concerned about the company. He was questioning as to why he needed a product. Eventually, Jones decided that he was out.

However, Deborah Meaden and Theo Paphitis decided to team up and give the Westwoods £100,000 in exchange for 40 percent. In 2014, the Westwoods bought back the stake and have become the full-fledged owners of the company. Since then, they were able to expand the company.

Their annual sales have risen past the £1 million mark in sales. The net worth may be well more than that as of today.

Magic Whiteboard has taken the world by storm and for good reason. If you need a whiteboard, why rely on someone to get one for you. You can take one of your own with you thanks to Magic Whiteboard. You’d be hard-pressed to get something like this anywhere else.