You are here: Home / Blog / Business / Manjit Minhas Net Worth 2022 – A Closer Look At The Dragon 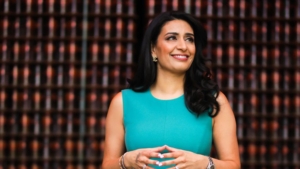 Can you imagine having a net worth of $200 million? Well, this is what Manjit Minhas is worth. This exceptional Canadian multi-millionaire is the founder of the 13th largest brewery in the USA. She specialises in marketing and branding and became a Dragon in 2015 for the 10th series of the show.

Seeing women on top is always an inspiration for many young female entrepreneurs. It gives them the strength to keep pursuing their dreams and realise that with the right amount of determination anything is possible.

How did this incredible woman make her millions? Let’s take a closer look at the Dragon.

Where does she rank among the top Dragons in Canada?

How did Manjit Minhas make her millions?

Minhas and her brother Ravinder started in the alcohol industry in 1999. At the time they were both studying at the University of Calgary. She graduated as a petroleum engineer originally. Their parents owned a chain of liquor stores and Manjit and her brother imported private label spirits for their parents business. In 2002, they started to import beer.

In 2006, at the age of 19, she and her brother decided to buy one of the oldest breweries in America for $10,000. The original name of the brewery was Joseph Huber, but in time the siblings renamed the brewery Minhas Craft Brewery.

Today Minhas Brewery is the tenth-largest Brewery in America. They employ more than 200 employees and make about $155 million in sales annually.

They also founded a second brewery in Canada called the Minhas Micro Brewery in 2012. Some of the brands which she and her brother produce are Boxer Lager, Lazy Mutt Ale and Huber Bock.

Besides these specialty breweries, Manjit and her brother also own:

Who is Manjit Minhas Married to and does she have children? 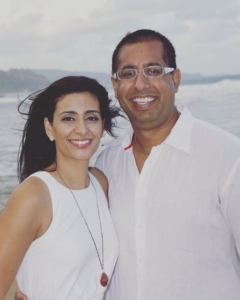 Minhas is married to Harvey Shergill. He is the owner of a successful construction company known as Shergill Homes.

His company has been constructing houses in Fort McMurry city for over a decade. They have been married since 2007, and have two daughters. Minhas is very private about her personal life, therefore we do not know much about her children or personal life.

In season 10, Minhas was announced as one of the new Dragons on Dragons Den Canada in 2015. She has been on the show for 6 years now and appreciates the media attention that Dragons Den has given her.

Manjit is known for her candid personality, and this in turn reflects her approach to business. She is a well-liked Dragon among many viewers,

How much has Manjit invested in on Dragon’s Den?

Minhas in an interview, mentions that she invests in people, not industries. To date she has invested in many different businesses, she has closed all of the deal, except for one, and has invested over $2,7 Million.

Here are some of the businesses that she has invested in:

Is a brand of clothing created by Lauren and Mariel Armstrong. The skirts were made because they needed something special for every occasion, thus the PartySkirts were born. They received overwhelming likes among friends and many others. The company grew organically over time.

This is a diaper rash cream that has been developed by a pharmacist. It is easy to apply and remove. This natural ingredient cream can also be used for groin rash and has great reviews from moms of small babies all over Canada.

Haven is a simple device that stops fires immediately. The unit is installed into your ceilings and the releases a dry chemical that puts out fires. The chemical is non-toxic and easy to clean. For more information please click here.

This is an awesome device for any expecting mommy. The Make My Belly Fit is a jacket extender than can be zipped onto any jacket. This helps for every stage of pregnancy and beyond.

Which awards has Minhas received? 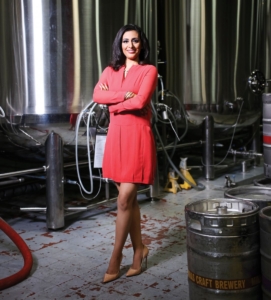 According to Dragon’s Den, Minhas has received a number of awards, including PROFIT magazine’s “Top Growth Entrepreneur” and Top 100 Women Entrepreneurs Canada. She also supports charities such as The United Way, and an engineering school for girls in India.

Minhas is an incredible example of a successful businesswoman. Minhas Brewery is considered to be the tenth largest brewery in the world, producing over 90 different types of alcohols. Her main tip for all entrepreneurs is to know your finances and find the balance between spending and saving if you can do this, then your company will grow.