Michele Romanow Net Worth 2022 – A Closer Look At The Dragon

You are here: Home / Blog / Business / Michele Romanow Net Worth 2022 – A Closer Look At The Dragon

Michele Romanow Net Worth 2022 – A Closer Look At The Dragon 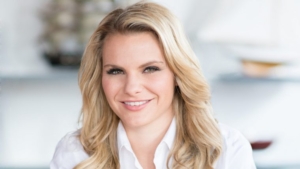 Michele Romanow is the youngest member on Dragon’s Den Canada. She is just 35 years old and was listed in the top 20 of the Forbes “Most Disruptive Mellianals on a Mission” and this savvy tech entrepreneur is worth $187 Million.

She is the co-founder of Clearbanc, a revenue provider to fund online businesses. The business offers affordable financing for startups, and Romanow promises a 10% discount on all loans for female entrepreneurs.

She is also the daughter of Marvin Romanow, the president and CEO of Nexen Inc.

Keep reading for some more info on this brilliant female entrepreneur.

Where does she rank among the top Dragons?

Work, work, work and determination are Michele’s mottoes. Despite some failed ventures, she continued to pursue her passions. “No” was never an answer for her, and her persistence could be seen from a very early age.

Her career began when she was still studying at Queen’s University. She was studying to become a civil engineer but soon realised that this was not for her.

At the young age of 19, she wanted to open up a zero-waste tea room on campus but lacked the funds. She entered many competitions to gain the money needed for her project, but lost many of them.

Anitoily Melnichuck, a fellow engineering student and her now business partner, encouraged her to continue with her business plans, and 4 years later, her tea room came to fulfilment. The tea room is still on campus to this day.

Melnichuck also introduced Romanow to Ryan Marien. These three became an unstoppable force in the world of business. “No” would not be an option, and Melnichuck taught them, to not be afraid to hear the words “no” because if you are afraid of this small word, then you will never try.

The team began brainstorming many business plans and cold calling companies to do research. Eventually, they discovered that the “caviar” market had plunged by 80% due to sturgeon overfishing. 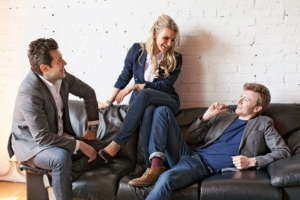 They continued to research everything that they needed to know about fish farming and spoke to sturgeon researchers.  Within six months, this trio had pages of research and had acquired $120,000 in funds from winning various business competitions.

Eventually, with time they managed to find a full-time fisherman who was licensed to farm sturgeon. They made their own caviar and sold it to high-end restaurants. With time though the recession caused a crash, and thus ended this sustainable caviar business. Romanow mentions how the process made her feel empowered.

Romanow then discovered that there was an explosion in Group Buying. For example, Groupon allowed consumers to connect with clients in an affordable way, this in turn allowed clients to buy what they wanted at lower rates.

This was when BuyTopia was born. With persistence, she eventually was able to get in with Sears, and this led to contracts with huge brands such as Cirque Du Soleil and Staples. BuyTopia had grown to a multi-million dollar company by 2013 and was worth $10 million in sales.

The money did come at a cost though, as Romanow recalled the early days of BuyTopia as exceptionally stressful. She worked non-stop and missed many special occasions with friends and family.

Interestingly whilst growing BuyTopia, the trio continued to come up with new ideas. Some ideas failed, and others worked. She started up SnapSave, a coupon app, which was eventually bought over by Groupon for $25 million.

In 2015 she co-founded a venture capital firm called ClearBanc, along with Andrew D’Souza, who is now her romantic partner too. ClearBanc gives a 10% discount for all female entrepreneurs. The company has given startups over $100 million in funding.

She is also a minority shareholder in Goldies Nightclub in Toronto, but due to the nightclub breaking COVID regulations, she mentioned that she might use her right to sell her shares in the business. 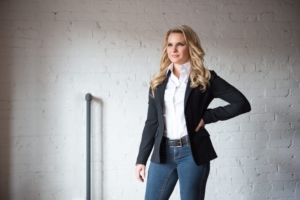 Michele Romanow is currently in a relationship with Andrew D’ Souza. She currently lives between Toronto and San Francisco. She seems to keep her personal life pretty private, but we can be sure that this brilliant businesswoman leads a busy and interesting life.

Romanow joined Dragon’s Den in 2015 for season 10 and is still on the show. She is the youngest Dragon in Canada and has invested in many different ventures on the show.

She is known for her bubbly, confident and positive attitude.

Michele has a long list of awards and accomplishments. This extraordinary entrepreneur started 5 businesses before the age of 33. Some of the awards which she has received are :

If you are an entrepreneur, then there is much that you can learn from Michele. With most business ventures, she initially knew nothing about the market. She researched and taught herself. Her greatest advice to all startups is to just get started.

“Just get going. And you will figure out the rest.” – Michele Romanow 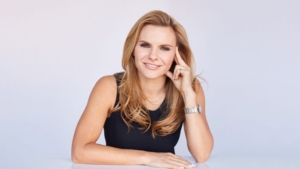