MirMir Net Worth 2021 – What Happened After Shark Tank

You are here: Home / Blog / Business / MirMir Net Worth 2021 – What Happened After Shark Tank

MirMir Net Worth 2021 – What Happened After Shark Tan 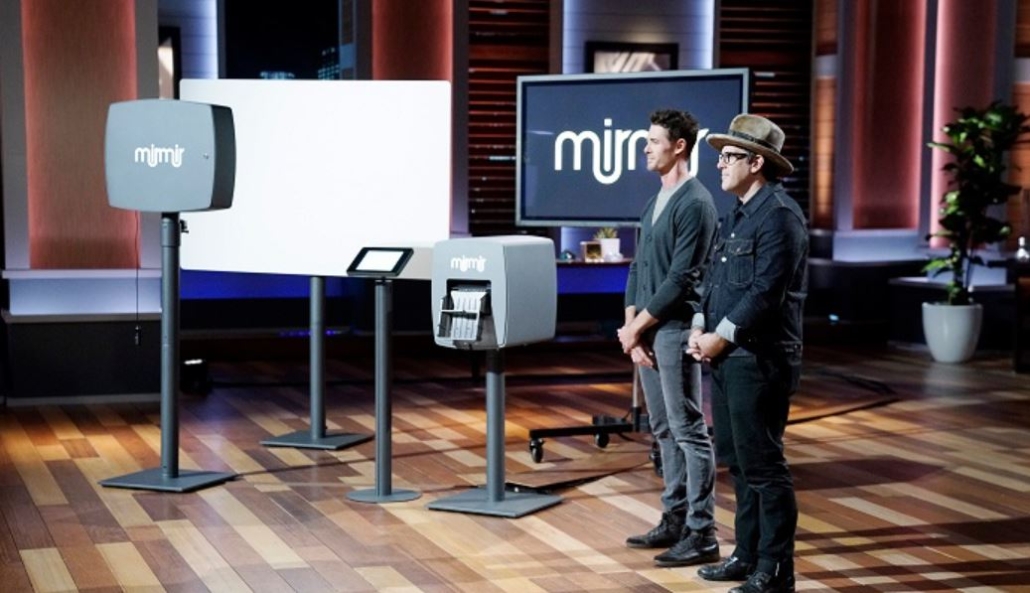 Sean Spencer and Ryan Glenn, owners of MirMir, an exclusive photo booth experience, entered the Shark Tank asking for $350 000 for 10% of their business.

The partners are doing well with MirMir in celebrity circles, but want to increase their exposure to other markets while meeting increasing demands  and build an impressive net worth estimated at over $12 million. 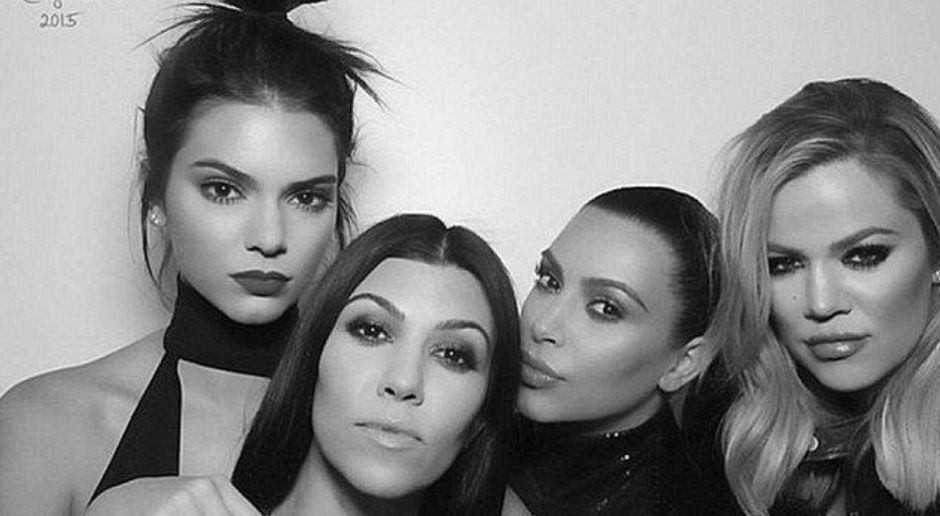 MirMir, pronounced ‘meer-meer’ like mirror-mirror, is the premium photo booth experience with its trademark look an essential at big events.

It is the photo booth of choice for every Kardashian gathering, which has caused the popularity of MirMir to soar in celebrity circles. The ‘just married’ shot of Kim and Kanye that broke the internet is a MirMir photo!

MirMir photo booths have two staff members each, taking the photos using excellent lighting. The machine has built-in software to auto-correct, then retouches the image, applies a black-and-white filter, before printing the flawless products – all on the spot.

And when a photo booth isn’t what you are looking for, MirMir Studio delivers a professional photo shoot, ensuring that guests feel like they are about to feature in a glossy magazine.

Who Are Sean Spencer And Ryan Glenn?

Sean Spencer and Ryan Glenn are the founders and owners of MirMir. Both had backgrounds in photography and fine art before MirMir was launched.

Spencer and Glenn originally ran competing high end photo booth businesses. A pool of shared clients led them to combine their skills and MirMir was born. Together, they designed the first studio-quality photo booth service. 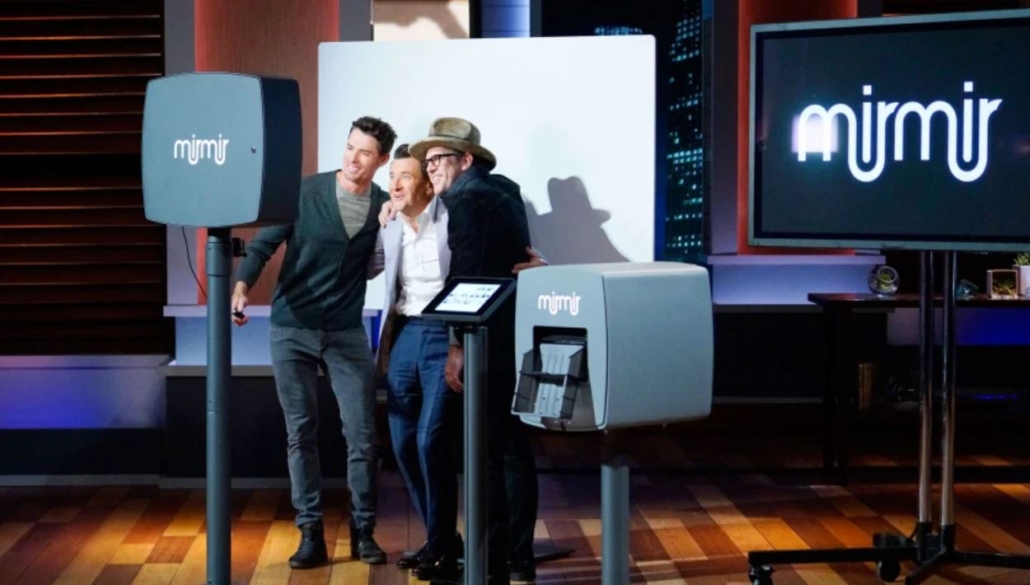 It had to happen: the pitch began with the Sharks hamming it up in a MirMir photo booth!

Robert Herjavec was over the moon about the product, as he had a MirMir photo booth at his wedding. He opened the discussion, asking what made MirMir unique.

The partners revealed impressive revenues of $4 million for the first three years of business. They currently had nine machines and charged upwards of $2,750 for a few hours.

The machines cost $22,000 each. Spencer and Glenn wanted an investment to buy more mobile machines to meet demands and to place a number of fixed location machines.

Immediately Mark Cuban and Lori Greiner didn’t like the fixed location concept and declared out.

Daymond John was concerned about the rate at which technology moves and was not convinced that something better wouldn’t come along; he was out.

Ken O’Leary offered the partners a loan at 18% interest for 5% equity once the loan was repaid.

Robert Herjavec liked the business but claimed that 10% equity was too small. Glenn asked him what he would consider and Herjavec said he wanted to become a full partner.

He made an offer of the full amount but for 50% equity. Spencer and Glenn were not prepared to part with anything more than 20% equity.

O’Leary helped them close a deal by suggesting 20% equity for $700 000, which Herjavec offered.

The partners accepted the deal. 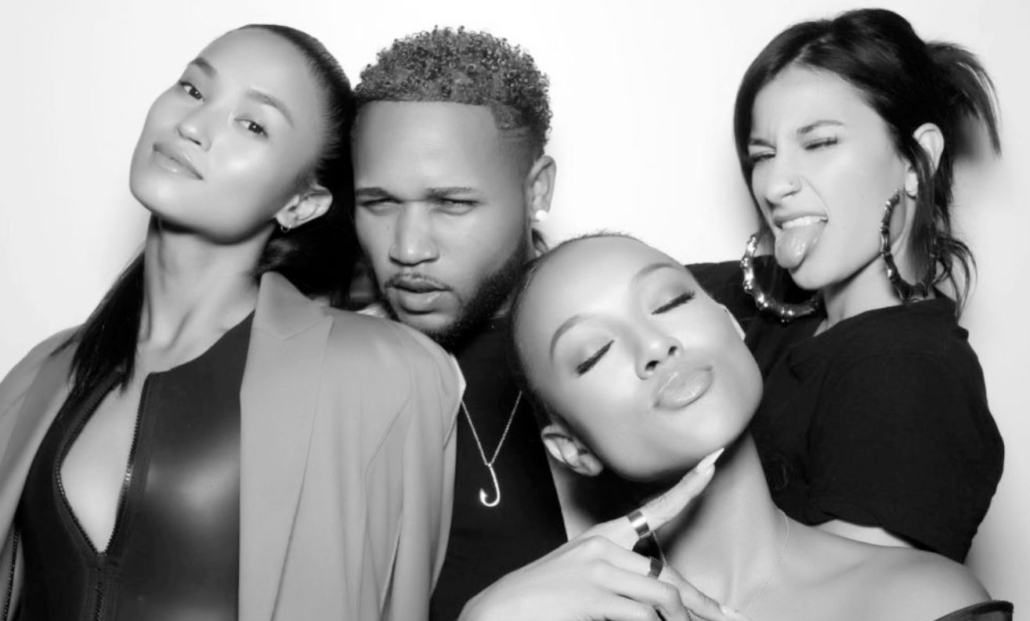 The deal never closed with Herjavec, however, the business continued to grow as a result of celebrity endorsement.

MirMir handles events across the US, London, Bangkok, Montreal, Toronto and Tokyo. Annual revenues are $4 million.