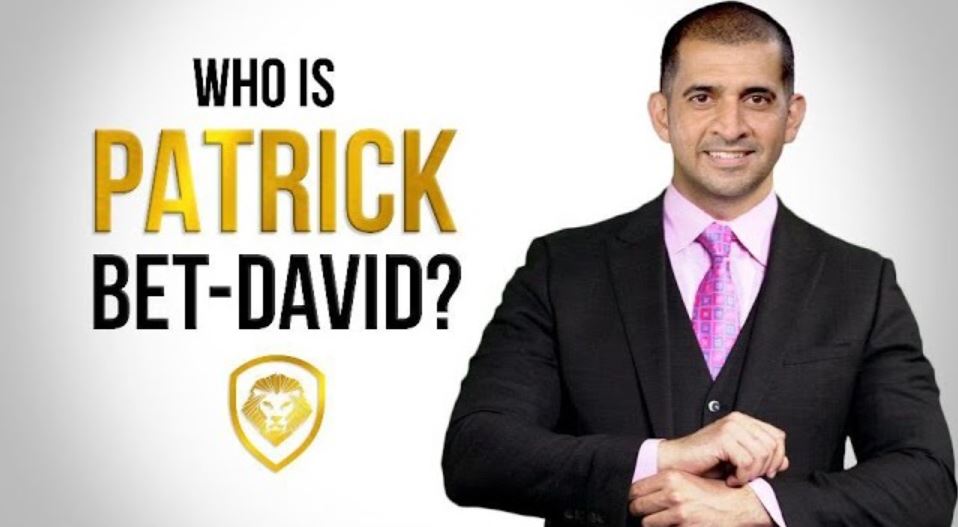 Patrick Bet-David is a true example of the American Dream, he fled Iran as a kid, became a refugee in the USA, served in the military and then started an insurance agency which is one of the fastest growing companies in the USA.

He has amassed an impressive Net Worth of $150 Million in this time alongside being married, raising a family an also starting an incredibly popular Youtube channel in Valuetainment where he is inspiring the next generation of Entrepreneurs onto success.

Read on to find out more about this hard working and calculated business guru.

Patrick Bet David Net Worth – How He Made His Money 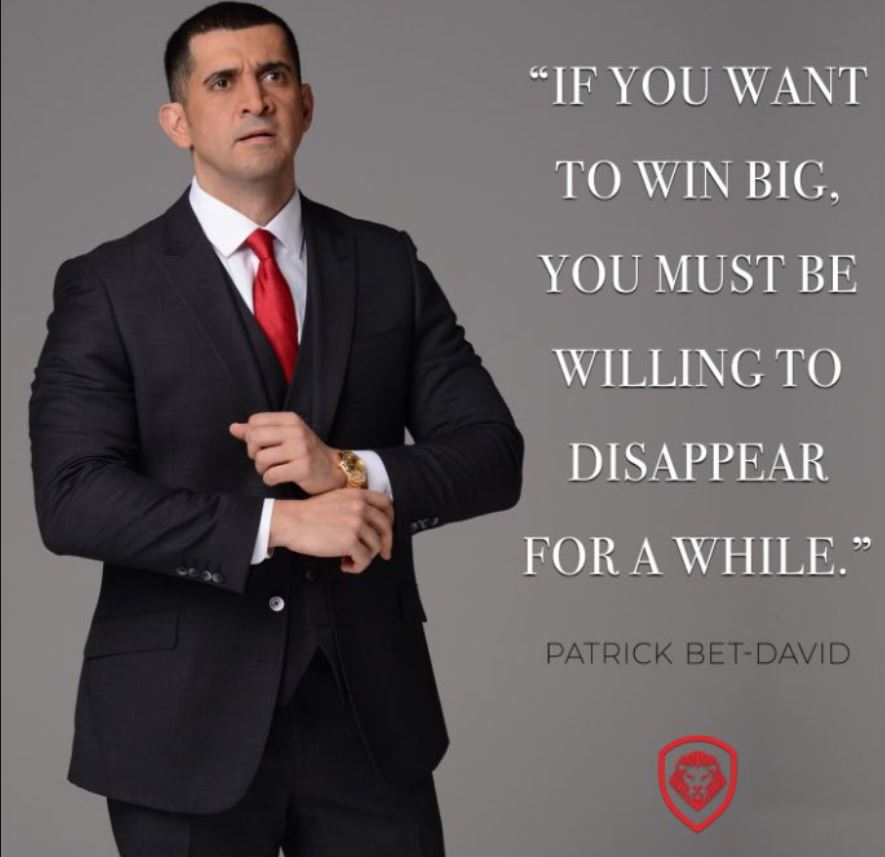 Having spent his college years as a Salesman for Bally Total Fitness, Patrick went off to serve in the US military which may come as a shock to many as he was born in Iran.

After serving, he went to work at a couple of different insurance companies including Morgan Stanley where he befriended the boss and ultimately won himself the job.

After that he went to Transamerica and rose through the ranks t become of their leading sales people.

He went to the companies leaders with proposals on how they could grow the company which were rejected as they feared he was simply looking for more money.

This spurred Bet-David into action and his former bosses were shocked to see him quit and start his own Agency – The PHP Agency.

He started from zero, almost went bankrupt a bunch of times, had no carriers at one time and had a partner pull out on going into business at the last second.

Pat has made a huge success of the company and that is how he earned almost 100% of his money.

His Valuetainment channel on Youtube also brings in a nice income but nowhere near the amount that the PHP Agency generates. 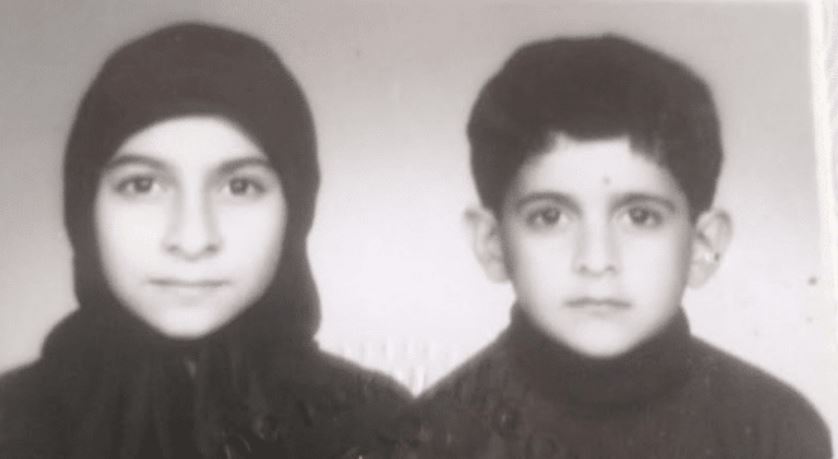 Patrick was born in Iran in the 1978 to Assyrian and Armenian parents and war broke out between Iraq and Iran which plunged the young Bet-David’s life into turmoil.

His family fled Iran by car and eventually found shelter at refugee camps in Germany. Patrick recalls in many of his Youtube interviews how his family was driving and as soon as they had passed a bridge, it was blown up behind them.

The Bet-Davids eventually found their way to the United States where they reside until this day.

The Bet-Davids found themselves in California where Patrick quickly found himself as an outsider with his strange clothes, customs, language and accent.

He dreaded going to school in those early days and he dreaded the big words that he couldn’t pronounce while his father was out working hard to provide a living for the family.

While in High school, Patrick was a party animal who was also into health and fitness. He had a dream to become a bodybuilder like Arnold Schwarzenegger and he learned sales through his sales job at Bally Fitness where he quickly became a top performer.

After being overlooked for promotion, Patrick got his first taste of politics and quit the job. He joined the army in the 101st division which instilled discipline, routine and work ethic into the young man and upon being discharged, he was ready to take on the world on insurance, first for Morgan Stanley and Transamerica and then on his own with PHP Insurance Agency. 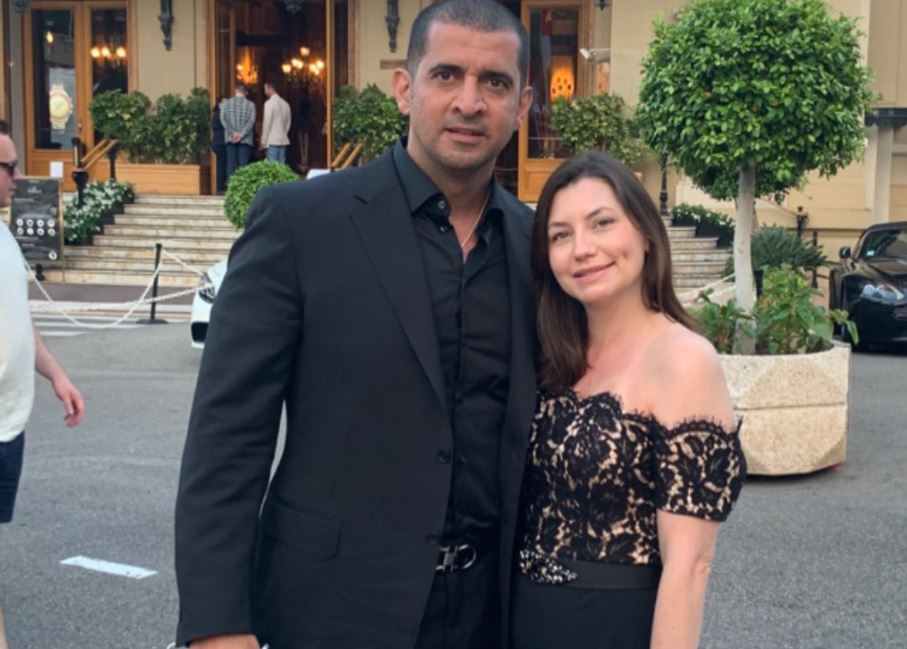 Patrick Bet David is married to long term girlfriend Jennifer Bet-David. The pair like to keep their personal live relatively private but the pair have 3 kids, 2 boys and 1 girl and the live well in Dallas, Texas.

PBD is a proud capitalist who is eternally of the opportunity he received in the USA to chase and achieve his dreams.

With that being said, he tries to sit in the middle of the political spectrum, listening to all sides.

With that being said, he values freedom above all and is probably slightly republican in his political leanings. 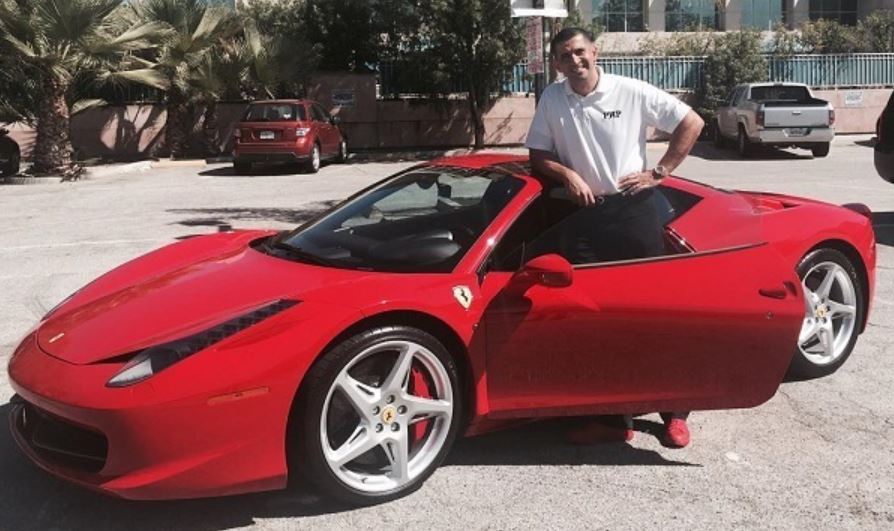 PBD is a huge fan of cars, he drivers a modern red ferarri and a BMW i8.

Two exceptional cars and we are sure that he has added to his garage in recent years.

A young Iranian immigrant taking on an old and established industry like insurance, is something you would expect to see in a movie but it is exactly what PBD has achieved.

With experience in the industry, Pat knew that if he empowered his employees to take more control and increase their own earnings with additional effort on their own part, he would have a far more incentivized workforce than his competitors.

He evens gives his top performers equity in the company which makes them feel valued and less likely to leave or be head hunted.

Like all shrewd businessmen, he used leverage to get a crucial piece of software for free and he put himself in the shoes of the people he was dealing with to make bold moves in the market and gain some more traction.

In 2017 PHP received 10 million in expansion funds from private equity sources included famous boxer Oscar De La Hoya which allowed the company to scale more quickly and with 8,000 sales reps at their 2019 convention, the future looks bright for PHP. The event also marked the last public speech of Kobe Bryant who passed away tragically in 2020.

The explosive growth of his company led to an matching increase in PBD’s net worth.

Building Fame And Giving Back With Valutainment LLC. 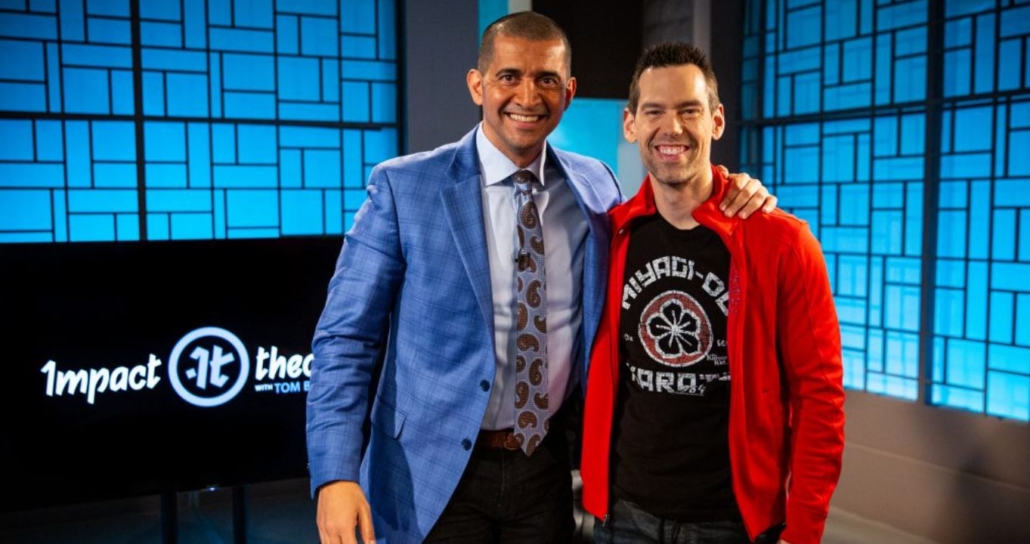 Back in 2016, PBD set out on a new and separate venture, to create the number 1 resource for Entrepreneurs on Youtube and he has been extremely successful in this pursuit.

From famous videos like the life of an Entrepreneur in 90 seconds to Youtube interviews with the likes of Grant Cardone, Jordan Belfort and a host of other celebrities.

The show has now grown to become a podcast as well and has featured prominent guests from almost every field and profession on the planet.

The goal of Valutainment was to give back to the next generation of striving entrepreneurs and Pat has opted not to show Ads on the channel which continues to grow from strength to strength. 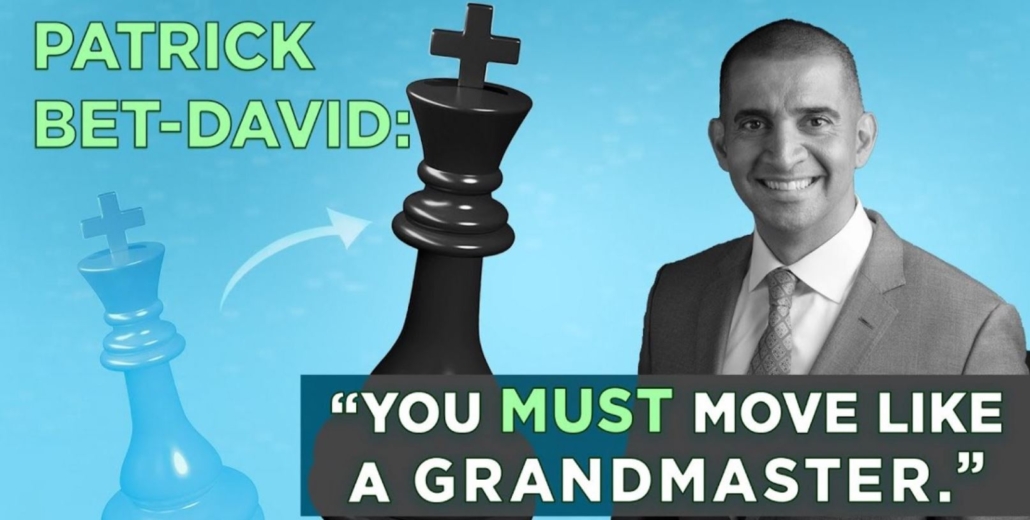 Patrick Bet-David is an avid reader and he encourages his Valutainment audience and PHP employees to read as much as they can to increase their knowledge and earnings.

With that being said, he has also released a number of his own books including:

Drop out and get schooled is a book that promote skipping college and teaching yourself to become an entrepreneur. A Sentiment, echoed strongly by Elon Musk.

You can learn anything you want online for free these days and college is only a place to network or take on professions where it is necessary to have a degree.

By avoiding the debt trap, you can get a headstart in business by skipping college altogether.

Patrick encourages all business people to move to the 5 move level and start planning further ahead then you are.

That means thinking about the possible outcomes of each incremental step and deciding how you are going to move forward 1,2 and even 3 years down the line.

Patrick Bet-David is the embodiment of the American dream, coming from war and poverty in the 80’s to building multiple companies and commanding a net worth of over $150 million.

He has also thrived as a motivational speaker, author and Entrepreneurial coach with his Youtube channel – Valutainment.

Outside of this, PBD is a committed family who is committed to his wife and 3 kids where they live in Dallas, Texas.

PBD is extremely grateful for the American opportunity and way of life and is focussed on inspiring the next generation of entrepreneurs around the world with his channel Valutainment.

Barbara Corcoran Net Worth 2021 – A Closer Look At The Shark