You are here: Home / Blog / Business / Peaceful Fruits Net Worth 2021 – What Happened After Shark Tank 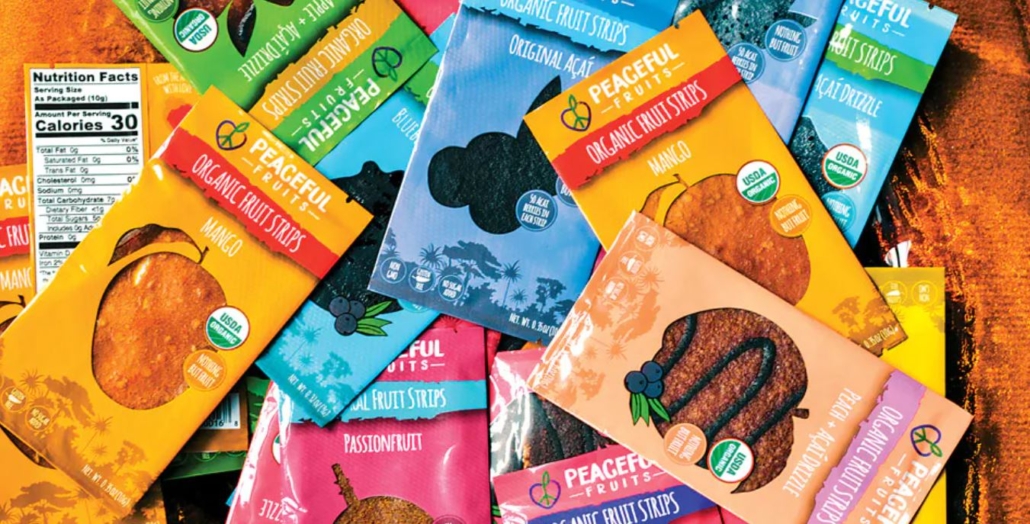 He failed to snag a Shark and secure an investment in Peaceful Fruits.

So, why didn’t the Sharks bite on this tasty snack food and how did they go on to produce an estimated net worth today of over $2.5 million.

What Is Peaceful Fruits? 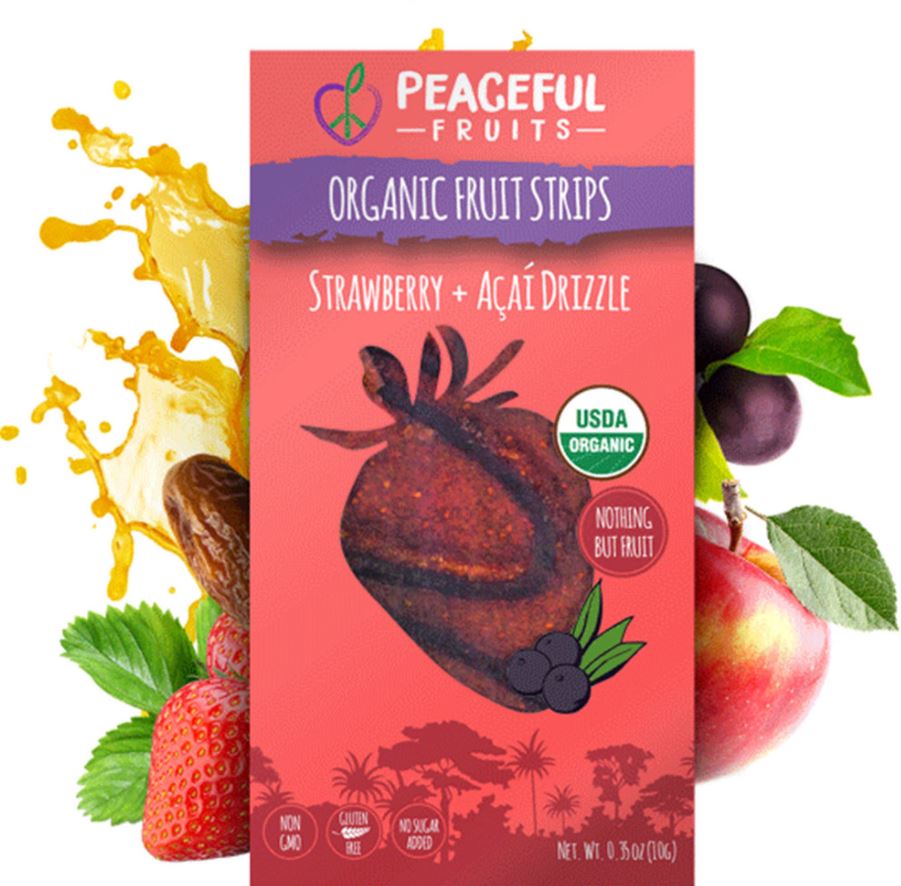 Peaceful Fruits operates out of Ohio. The product is a tasty serving of whole, organically grown acai fruit.

There are no “filler” ingredients or added sugar and corn syrup. Peaceful Fruits provides a comparison chart with other fruit snack brands on their website.

Acai (pronounced ah-sigh-ee) fruits are berries from trees indigenous to the Amazon jungles. Delahanty became familiar with the acai fruit whilst working in Surinam.

Peaceful Fruits are more than just healthy, tasty snacks. The fruits that go into the product are sustainably and ethically sourced from the Amazon rainforest, supporting the communities that live in the area.

A further important aspect of this business is the fact that Peaceful Fruits employs adults with disabilities from Delahanty’s community in Akron, Ohio.

The all-round social responsibility ethics of Peaceful Fruits is a non-negotiable to CEO Evan Delahanty. As the company philosophy states, “snacks made the right way, from the right stuff.”

Who is Evan Delahanty?

Evan Delahanty was a Peace Corps volunteer. He spent two years working with citizens of Surinam on the north-eastern coast of South America.

After his time in Surinam, Delahanty was inspired to open a business that produced healthy fruit snacks, but in a socially responsible manner. Peaceful Fruits was the result.

A Kickstarter campaign launched Delahanty’s business, raising $22 848. This enabled Delahanty to get his product to the public via a food expo. 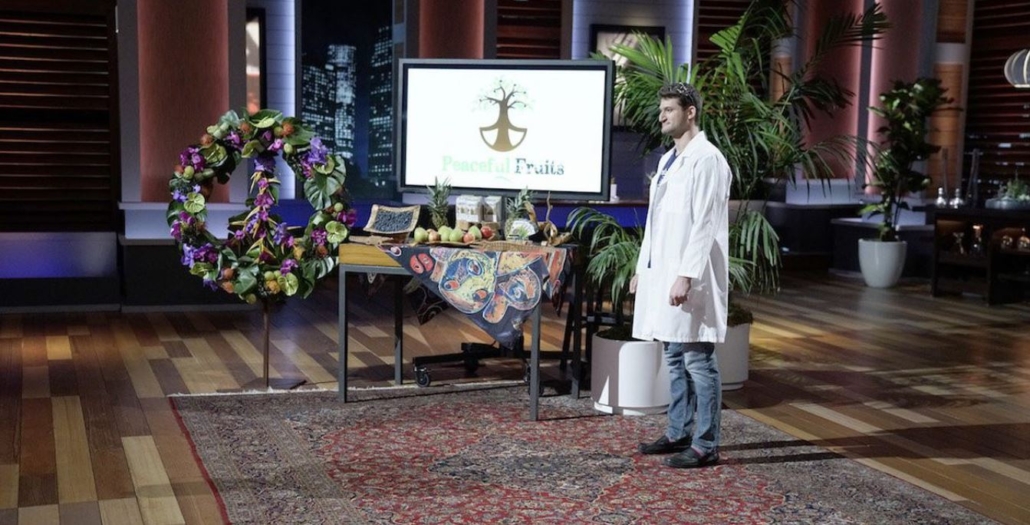 Delahanty provided the Sharks with a taste of Peaceful Fruits snacks as he told the story of the company and his vision for the future.

The Sharks thought the snacks were tasty and Lori Greiner liked the health benefits of the fruit. Mark Cuban also noted that acai fruit snacks were popular at the moment.

Immediately, Robert Herjavec declared a conflict of interest in that he owns another fruit snack business, and he went out.

Delahanty then began to present the numbers. Peaceful Fruits had done around $20 000 in sales to date. Delahanty needed the investment to get his product into mass retail and to grow the business.

Daymond John went out, not liking the idea of the product demos Delahanty suggested. Cuban was not convinced by the risk-reward ratio and he went out.

Kevin O’Leary believed that the company needed more than $75 000 to move it forward, but declined to make any offer.  Greiner was edgy about how competitive the fruit snack industry was and she bowed out.

The Sharks all went out without an offer being made. No deal.

Jeremy Jason reviewed the show and covered the issue of conflict of interest, which was why Herjavec pulled out of the deal before the pitch really got going.

However, Jason also stressed how important it was for Delahanty to emphasize the tremendously important social responsibility aspect of the company – which he failed to do. 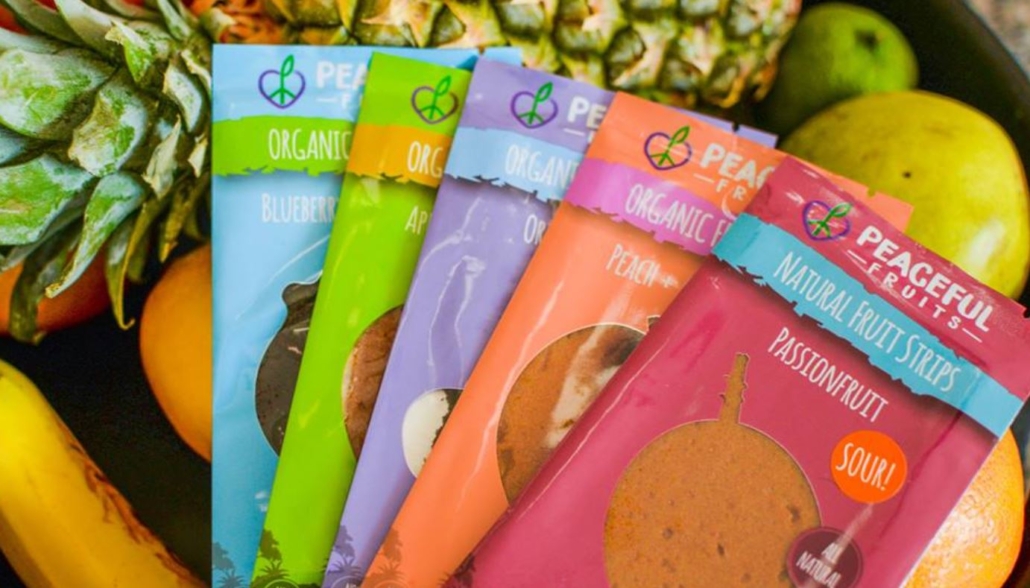 As reported on News 5 Cleveland, in the five minutes following the airing of this Shark Tank episode, Peaceful Fruits received 1,000 online orders.

This immediate, as well as subsequent interest in his product and increase in sales, has meant that Delahanty has been able to employ more staff to keep up with orders.

Undeterred by not getting his investment from the Sharks, Delahanty went ahead with expanding the range of Peaceful Fruits flavors. He bought new equipment to step up productivity dramatically.

Peaceful Fruits has an online subscription program and is now available in a number of Kroger’s grocery stores.

Tranquilo Net Worth 2021 – What Happened After Shark Tank