Today, it is estimated that Russell Brunson is worth $100 million. But where did all that money come from?

Have you ever heard of the term “sales funnel?” If you are a digital marketer then you probably have. But do you know where that term came from?

The sales funnel is the model that almost every marketer uses to describe and implement the sales process. It basically describes the consumers journey from brand awareness, to interest in the product/service and ultimately to purchase. The concept has revolutionized the marketing world because it gives a simple blueprint on the steps that need to be taken to generate leads and drive sales. But very few people know the story of the man behind it.

In the following article we will be talking about Russell Brunson: the man who birthed a marketing revolution and built an entrepreneurial empire.

Where He Generated His Wealth

The story of the genesis of Brunson’s wealth is really quite unusual. After being mentored by Dan Kennedy, Brunson decided to produce and release a series of instructional DVD’s that taught people how to make potato guns.

That’s right, homemade rigs of PVC pipe that launched potatoes far into the air. The DVD’s were sold online and the success of this venture piqued his interest in online marketing.

Over the next few years, Brunson began amassing an email list of eager entrepreneurs and promoting online guides to the effect of “How to Make $40 Every Time Your Pager Goes Off.”

While his potato gun venture had netted him his first $100,000, it was the prospect of online marketing that would draw him to his real fortune. 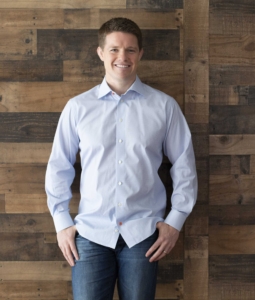 Russell was born and raised in Utah. Originally from Provo, his family relocated to Salt Lake some years later.

It was apparent that Russell had an unusual affinity for marketing and advertising when at the age of 12 he began collecting junk mail. And instead of waiting for cartoons on TV like most children, Russell would eagerly await the commercials in between cartoons and TV programs.

Russell also grew up with brothers who helped fuel his competitive spirit and drive to ‘win’ at anything he tried.

In high school, he developed an affinity for wrestling. In fact, he got so good at it that he became an All-American in his senior year and placed 2nd in a national tournament.

His prowess in the ring earned him a scholarship to Boise State where he began some of his earliest entrepreneurial endeavors like his DIY video projector screen.

One of Russell’s earliest business successes came in the form of software called ZipBrander. ZipBrander was a software program that focused on viral marketing tactics and driving website traffic.

Over the years, he would go on to sell everything from supplements, software, apparel, consulting services, coupons and even books.

Russell Brunson lives in Boise, Idaho with his wife Collette and their 3 sons and 2 daughters. His home in Boise features a state of the art wrestling gym compete with “Bulgarian Bags” and one of a kind art.

Collette and Russell have been together since college and many aspects of their home (including a sizable swimming pool) reflect Russell and his children’s love of wrestling and fitness.

Again, if you are a digital marketer you are probably familiar with ClickFunnels. ClickFunnels is a program that allows small businesses to create a sales funnel that can drive eCommerce no matter what the business type is.

ClickFunnel is sort of the brainchild of Russell Brunson. He came up with the idea when he was still selling products online and developing digital marketing techniques.

He noted how much time and effort he was having to devote to the process of actually creating an effective sales funnel and wanted desperately to create a way to streamline the process.

Russell had been involved in online marketing for several years at this point which led him to a partnership with Todd Dickerson – a fellow entrepreneur with a background in computer science and marketing.

Together, Dickerson and Brunson developed ClickFunnels – an SaaS platform that would be the backbone of theirs and other entrepreneurs’ sales around the world.

There has been some competition in the SaaS space since ClickFunnels has come to fruition. Rival platforms like Kartra and Groove Funnels have emerged but ClickFunnels is still the most complete, data-driven sales funnel generator on the market.

In fact, ClickFunnels is still the fastest growing SaaS platform and boasts the highest number of users in the sales funnel generation space.

In addition to being a successful entrepreneur, digital marketing guru and the co-CEO and co-founder ClickFunnels, Russell Brunson is also an accomplished writer. His books have been named top sellers by Amazon and USA Today. Most of his books have to do with marketing or entrepreneurial topics and have sold in the hundreds of thousands all over the world. He has written several books, the most notable being:

Russell Brunson’s “Secrets” series of books tells an inspirational story of trial and error, adversity and triumph. Dotcom Secrets focuses mainly on teaching people how to grow their business 100% online.

Expert Secrets dives a little deeper into the psyche of the entrepreneur and how one can go beyond the parameters of business success through finding their voice and reaching a broader audience.

Russell Brunson is very passionate about giving back to the community and helping young entrepreneurs who are trying to find their identity.

At ClickFunnels, 1$ of every funnel sales goes to a charitable foundation. One of the foundations he regularly donates to is World Teacher Aid.

ClickFunnels also regularly donates to Village Impact which is another charitable organization that is dedicated to building schools in Africa.

Aside from his charity work, Brunson has been involved in many philanthropic business endeavors as well as producing podcasts for emerging entrepreneurs.

The Man Behind the Marketing

Despite being one of the most recognizable names in the marketing world, Russell Brunson is at heart a family man. And while he doesn’t shy away from public appearances, he prefers spending time with his wife and kids.

Russell Brunson is a prime example of how hard work and perseverance can still lead to success in this country. If you have never read any of his books or listened to him speak, we highly recommend doing so as soon as possible.