You are here: Home / Blog / Business / Slice Of Sauce Net Worth 2022 – What Happened After Shark Tank? Slice Of Sauce is a company founded by the husband-and-wife team, Cody and Emily Williams. The company sells dehydrated condiments packaged into convenient slices.

They appeared on the 10th episode of the 12th Season of the show, Shark Tank.

The couple pitched their business idea to the possible investors with the hopes of securing a deal of at least $200,000 for 10% equity in the company.

Were they offered this deal? Where are they today? Keep reading to find out!

Quick Facts About The Slice Of Sauce Shark Tank Company

What Does The Slice Of Sauce Company Do?

The Slice Of Sauce company sells non-GMO, all-natural, gluten-free condiment slices that add flavor to your food in an instant!

It not only creates an even amount of flavor in each bite, but it also helps to keep your fingers clean. Their products are shelf-stable, so no need to keep them refridgerated.

You can learn more about the brand and their products by watching this Youtube Video or by following them on Instagram.

How Was The Slice Of Sauce Idea Born? 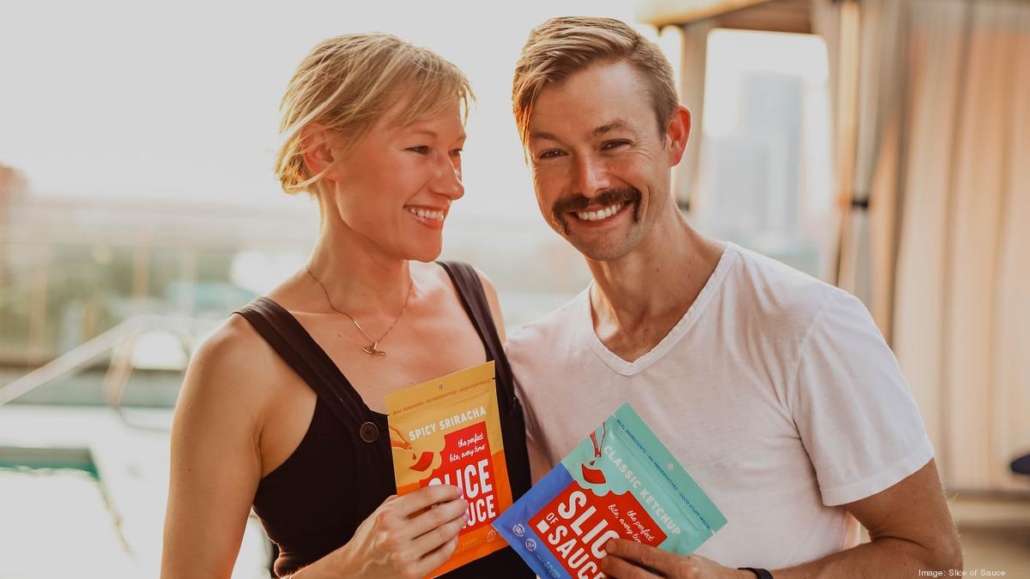 Emily Williams, the co-founder, and CEO of Slice of Sauce comes from a hospitality background.

Her father is a restauranteur in Michigan. While helping him braise vegetables for a barbecue sauce one day, her attention was drawn to a handful of unused yet rich in nutrients parts of vegetables.

She immediately mix them, ground them, and dried them to see what will happen. Something amazing happened and she developed a concentrated sheet of spices and flavor to use with other dishes.

Thus the idea for the Slice of Sauce company was born.

The Slice of Sauce entered the Shark Tank show with the hopes of being offered a deal of at least $200,000 for 10% equity in their business.

The Sharks loved the taste of their products but were not happy with the price. Luckily, they had one Shark interested to invest. Alex Rodriguez offered them a deal of $200,000 as a convertible note.

This means that only when their sales reach $1.8 million he would invest $200,000 for 15% equity. The couple was just too happy to accept!

Where Is Slice Of Sauce Today? 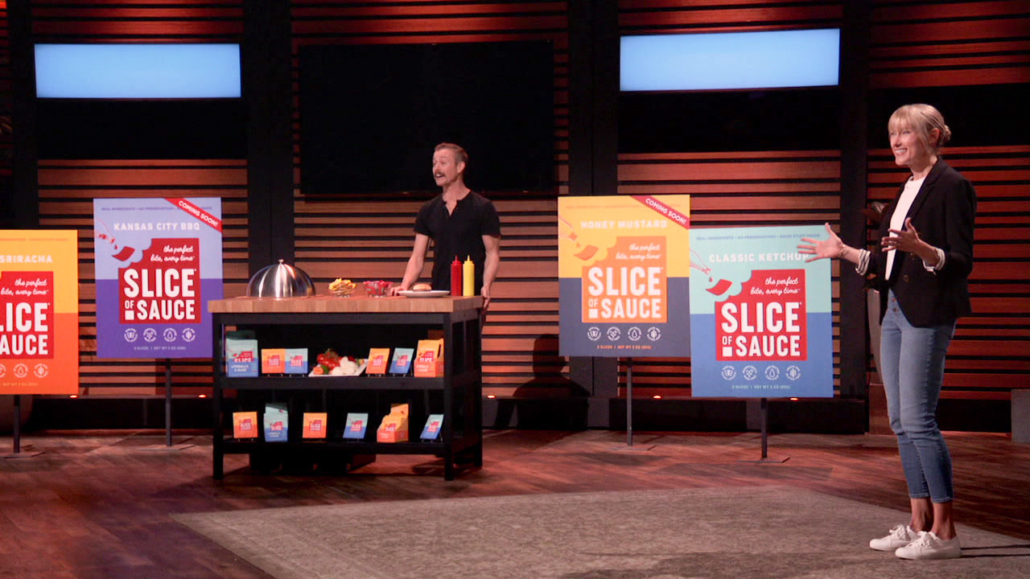 Slice of Sauce had a Kickstarter fundraiser campaign in March 2018.

Their website was launched in the spring of 2019 snd they took their invention to the Natural Foods Expo in Anaheim to spread the word to a larger audience.

After the Shark Tank episode originally aired in January 2021, the exposure of the company brought a significant amount of sales, more than the couple anticipated.

The Slice of Sauce products are only available for pre-order and exclusively on the company’s website.

Fish Fixe Net Worth 2022 – What Happened After Shark Tank?
Scroll to top