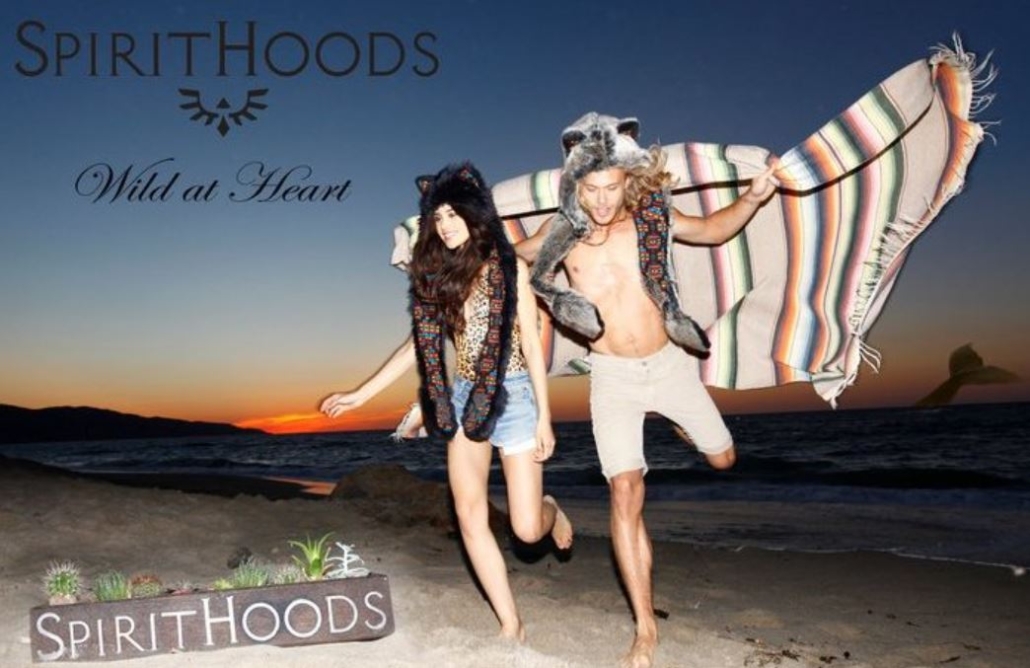 Founded in 2009 by four aspiring impresarios, Ashley Haber, Chase Hamilton, Michael Marley Marotta and Alexander Mendeluk, SpiritHoods appealed to those keen to get in touch with their wild side.

Not satisfied with merely producing a popular product, the quirky quad promised to donate 10% of each sale to conservation groups, with a view to safeguarding endangered species.

An appearance on Good Morning America and Shark Tank helped promote the brand, so let’s find out more about SpiritHoods, and check out just how successful the company has been.

The Four Founders And The Spirit Of The Wild 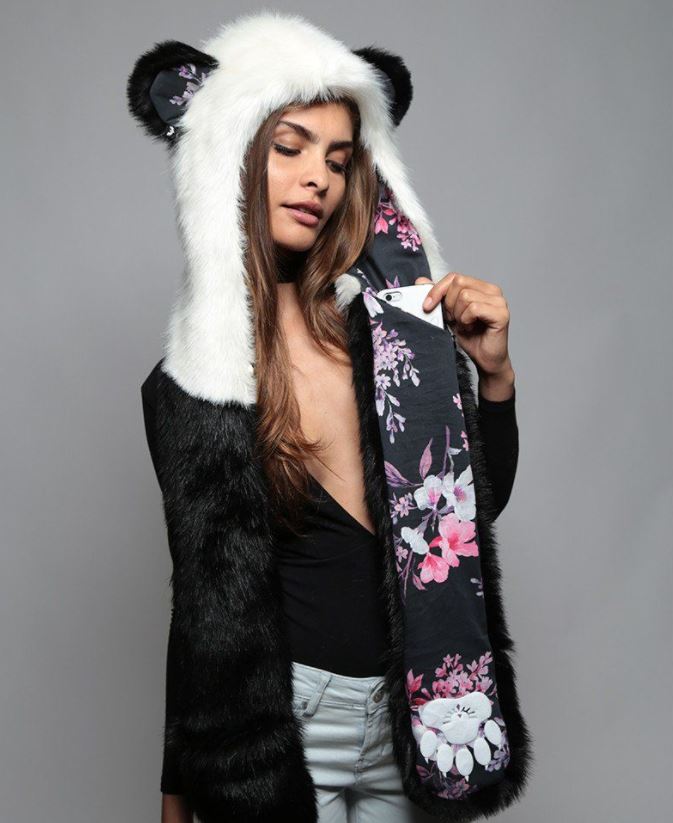 With a fondness of nature and living things, the four founders of SpiritHoods were keen to come up with a product that looked hip and boasted green credentials. What better way to get in touch with the great outdoors by donning a cool animal hood?

The shrewd group built up their new brand with maverick marketing concepts – harnessing the power of social media and a range of celebrity endorsements to promote their faux fur hoods.

The team successfully impressed a host of popular Hollywood celebrities, including Ariane Grande, Jessie J, Jared Leto, Justin Bieber, and many more – all of whom helped to boost sales of SpiritHoods.

Both comfortable and warm, SpiritHoods have become popular accessories – featuring scarfs and paw-shaped pockets for hands. The products are worn by kids and adults, and are favoured by festival-goers far and wide.

The SpiritHoods team has even added washable speakers to some designs – allowing wearers to look cool and listen to their favourite tunes at the same time!

Taking A Dip In The Shark Tank 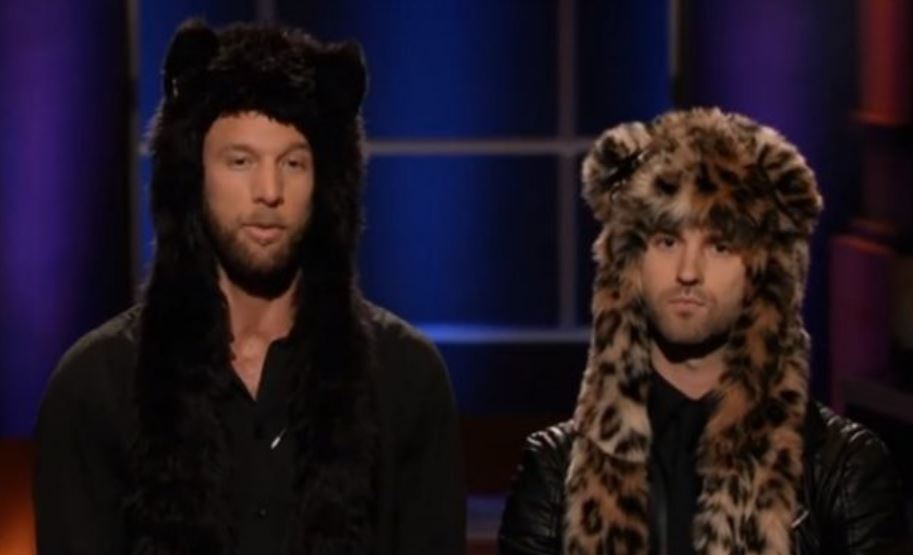 It’s not easy to secure investment on Shark Tank, as Alexander and Chase found out when they appeared on the show (season 5 episode 13). The duo asked for $450,000 in exchange for a 15% stake.

The pair started well – introducing attractive models to showcase the product and presenting each shark with their own hood (including a NBA’s Dallas Maverick inspired hood for Mark Cuban).

The pair explained that the company had already tasted success, with sales of $9.8million and product placements in Harrods, Zappos and Nordstoms. They then went on to outline their plan to launch a “fanimal” SpiritHoods in sporting colours.

The sharks were suitable impressed, but voiced concerns on learning that the company had recently lost money due to over-zealous expansion.  Kevin O’Leary and Barbara Corcoran felt that the loss indicated too much risk, and both stepped out.

Robert Herjavec expressed his interest, but declared he had been involved with a similar company and things didn’t work out, whilst Mark Cuban felt the product was over-priced at $99. Unfortunately, both Robert and Mark chose to swim away rather than invest.

SpiritHoods Financials And The Future 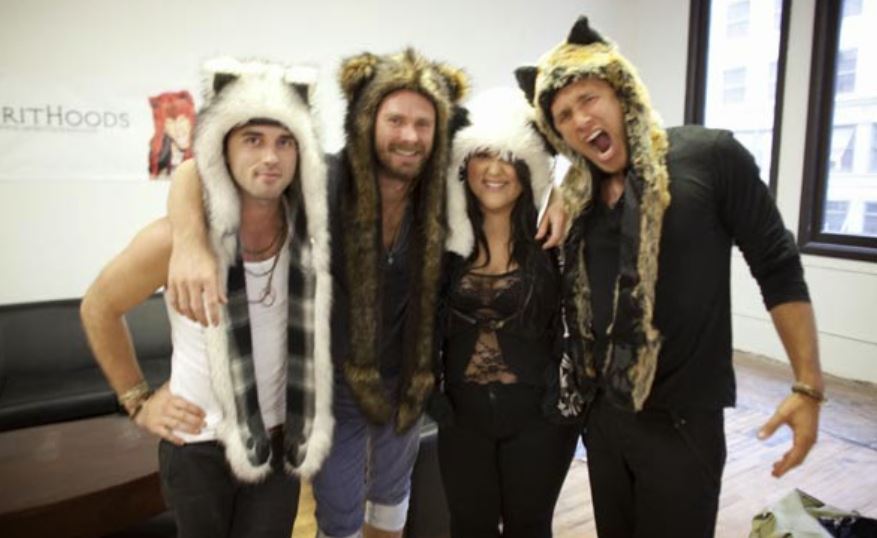 Despite leaving without a deal, SpiritHoods still benefitted from their Shark Tank appearance. The business and brand gained exposure, and a new legion of fans!

Today the company is still operating and has expanded its range – as well as the traditional hoods, you will find coats, ponchos, blankets etc. for sale too.

Embracing The Spirit Of The Wild 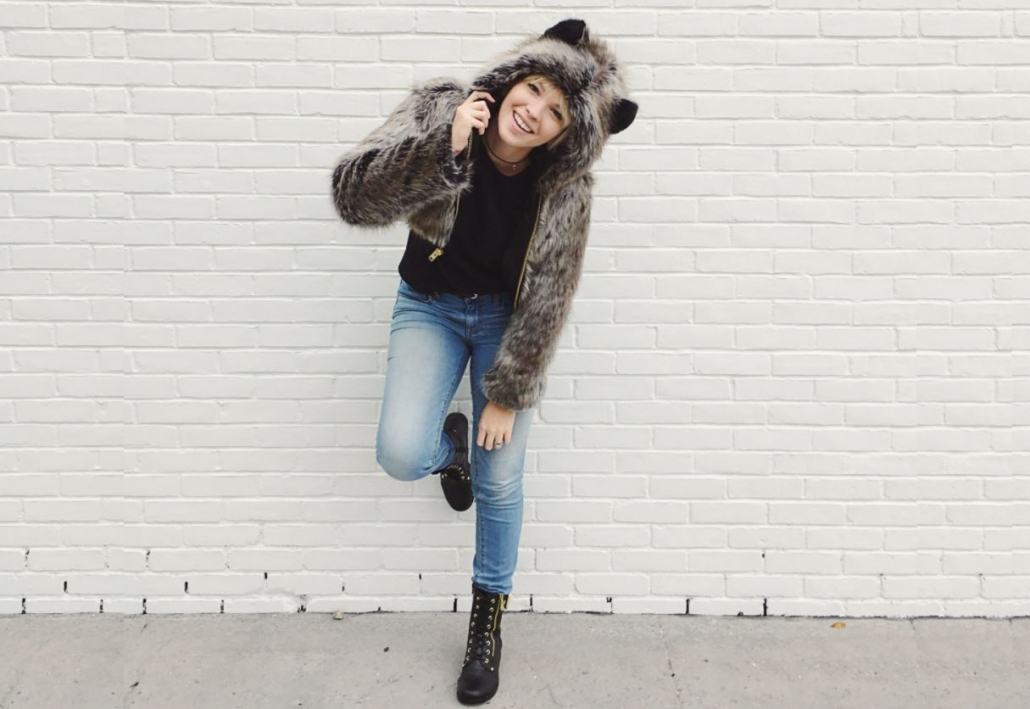 A product that calls to fashionistas and helps out endangered creatures – how can we resist?

Whether you’re a manx cat, neon tiger or snow leopard, SpiritHoods allow you to connect with the animal within!

Prank-O Net Worth 2022 – What Happened After Shark Tank