Stasher Net Worth 2022 – What Happened After Shark Tank

You are here: Home / Blog / Business / Stasher Net Worth 2022 – What Happened After Shark Tank

Stasher Net Worth 2022 – What Happened After Shark Tank? 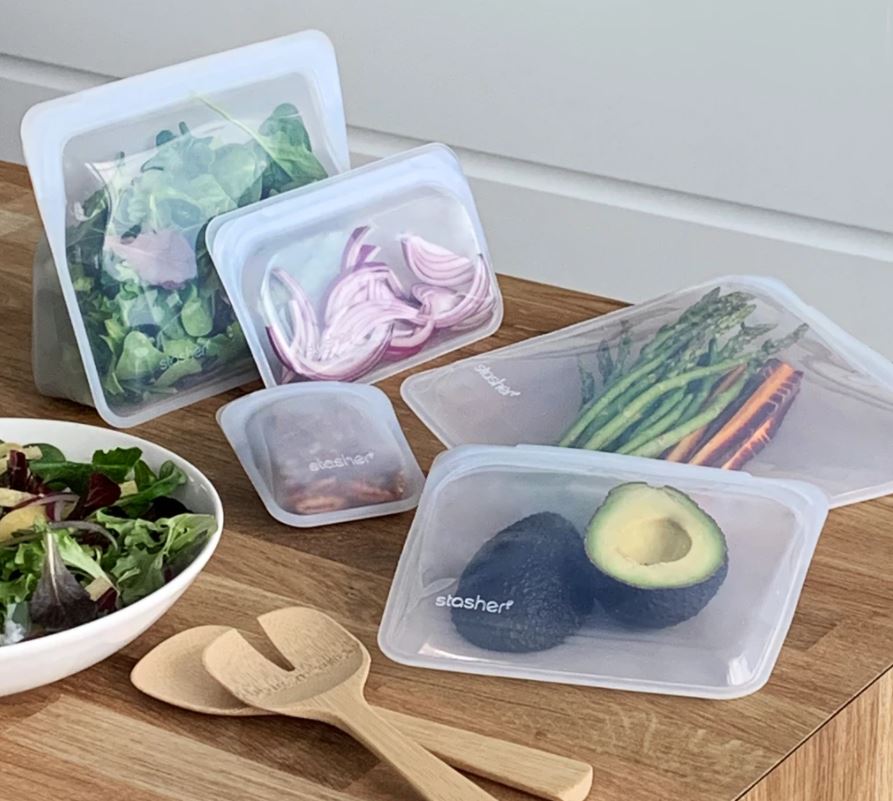 A food storage product to end single-use plastic bag pollution, which looks attractive and is versatile, practical, and reusable…sound too good to be true?

Stasher produces a range of silicone food bags that does all this, and more.

Kat Nouri entered Shark Tank to pitch her company Stasher, asking for an investment of $400,000 in exchange for 5%.

Will Nouri bag a Shark?

Stasher produces reusable food bags made from silicone rather than plastic.

Why silicone? And is it the same as silicon? Sit down for the science lesson!

Silicon is a natural element. You are probably familiar with silicon as the most common component of sand.

Silicone, however, is a synthetic, manufactured product, a polymer derived from silicon and other elements, such as oxygen and hydrogen.

Silicone is most commonly encountered as a liquid or a flexible, plastic-like substance. It has very useful properties – high heat resistance, anti-microbial, and low toxicity being just three. Which means that it is an excellent substance to use to make safe kitchenware and toys.

Let’s get back to Stasher. Stasher is a range of reusable silicone bags of all sizes. Stasher products are made from platinum silicone. This increases the quality of the silicone.

Stasher bags have the patented Pinch-Loc™ technology for sealing the bags.

The bags are so durable, they can go into the freezer, microwave, dishwasher, onto the stove-top, and into the oven, over and over again. As Stasher advertises…radically functional.

Have a look at Stasher here and all its uses here. You can even make ice cream in a Stasher bag!

Who is Kat Nouri? 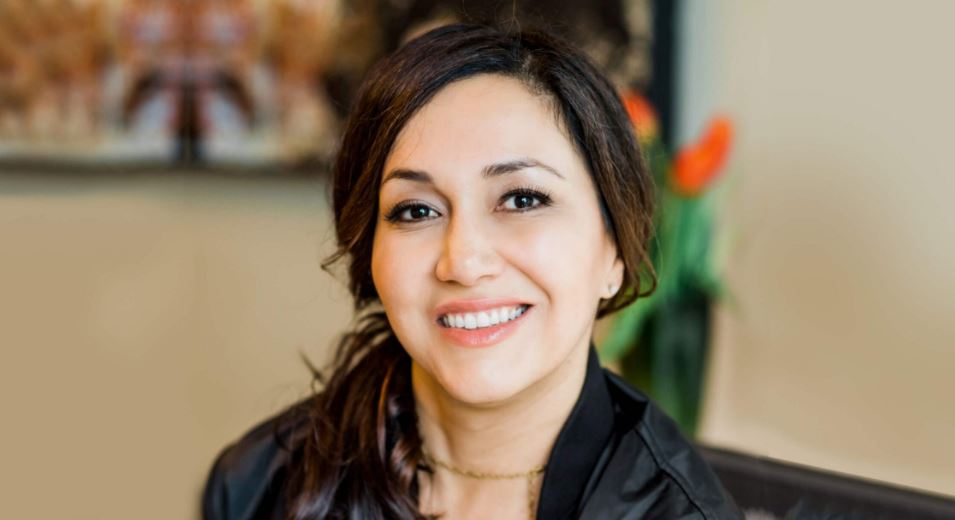 Kat Nouri has a Ph.D in nutrition. She is a nutritionist, an environmentalist and a very successful entrepreneur.

She founded Modern Twist, a company that produces homeware, baby, and children’s products, all made from silicone. The company works with independent artists to create sustainable products for home and children.

Nouri realised that despite creating silicone products, personally, she used single-use plastic bags at home. She decided to change her own home, and the world. Stasher was born!

Stasher is Nouri’s ongoing mission to reduce plastic and toxic waste, and save the environment.

See an interview with Nouri here.

Kat Nouri entered Shark Tank to pitch her company Stasher, asking for an investment of $400,000 in exchange for 5%.

Nouri began her pitch by announcing that Stasher was revolutionizing the container industry and saving the environment at the same time. Stasher had the “purity of glass and the functionality of plastic”.

Nouri demonstrated to the Sharks just how versatile and easy to use the Stasher bags are. Wasting no time, she handed out samples and explained the patent on the Pinch-Loc™ mechanism.

The Sharks appeared impressed, but were wary of the cost of the bags. Nouri explained that the bags were pricey, but this was because of the platinum silicone material and the fact that the product had been tested to be re-used over 3,000 times.

Nouri went on to inform the Sharks that she had funded Stasher by taking $1 million of her profits from her other company, Modern Twist.

However, Nouri wanted to grow the business even more, which was her reason for asking for the investment.

Sales came from e-commerce, Amazon, and retail. Nouri predicted that Stasher would become a $100 million company in four years. 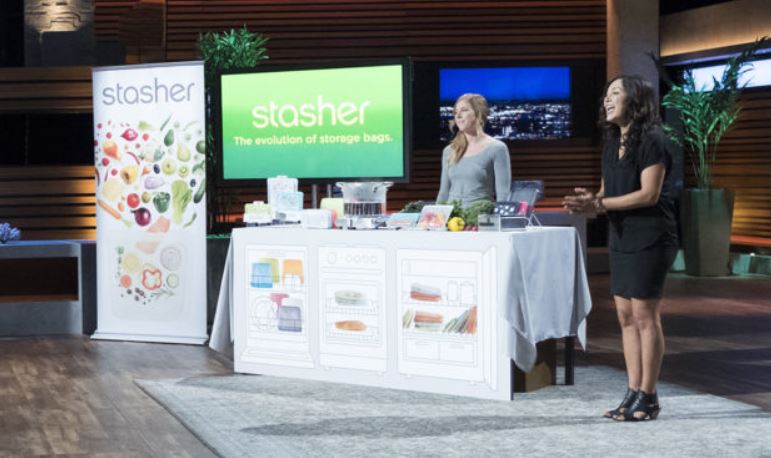 Robert Herjavec was the first Shark to go out, claiming he couldn’t really understand the advantage of the product.

Corcoran said that Nouri was a phenomenal salesperson, but she would never buy the product, so she also went out.

Mark Cuban pointed out that although the product was environmentally friendly, there was nothing on the packaging to suggest this.

Nouri agreed with Mark and they began to discuss the product in greater depth.

Lori Greiner and Rohan Oza interrupted the discussion to announce they were going out.

Nouri was clearly interested in bagging Cuban and upped her equity offer to 7%. She then asked Cuban what he would want.

Nouri pushed her luck asking Cuban to consider 15%. Cuban accepted 15% and the deal was made.

The deal with Mark Cuban never closed. However, in 2019, SC Johnson acquired Stasher for an undisclosed amount.

Stasher has exploded in popularity. It is available in countries across the globe. Customers rate the product very highly.

In 2020, Kat Nouri was awarded the Entrepreneur of the Year.

Major Mom Net Worth 2021 – What Happened After Shark Tank