Tags Crisps Net Worth 2021 – What Happened After Dragons’ Den?

You are here: Home / Blog / Business / Tags Crisps Net Worth 2021 – What Happened After Dragons’ Den?

Tags Crisps Net Worth 2021 – What Happened After Dragons’ Den

Would a Dragon be tempted to snap up a tasty snack?

There was a bit of a feeding frenzy over the snack food, with two Dragons finally sealing the deal.

Find out how the company has reach an estimated net worth of over £2 million today.

What are Tags Crisps?

Tags Crisps is a family-owned business selling crisps and other snacks.

Tags Crisps are typical hand-cooked crisps that come in a variety of flavours such as sweet chilli, mature cheddar and red onion and cider vinegar and sea salt.

Who is John Tague?

John Tague is the former MD of Seabrook Crisps, with senior positions under his belt in various other top companies.

Tague started out wanting to be an electrician, but after his apprenticeship, he realised that was not his dream. He moved between companies for a few years and eventually found his place in the food business.

Tague transformed Seabrook’s turnover from for £11 million to £30 million in three years.

His time, experience and success at Seabrook gave him the confidence to start Tags Crisps.

Watch an interview with Tague here. 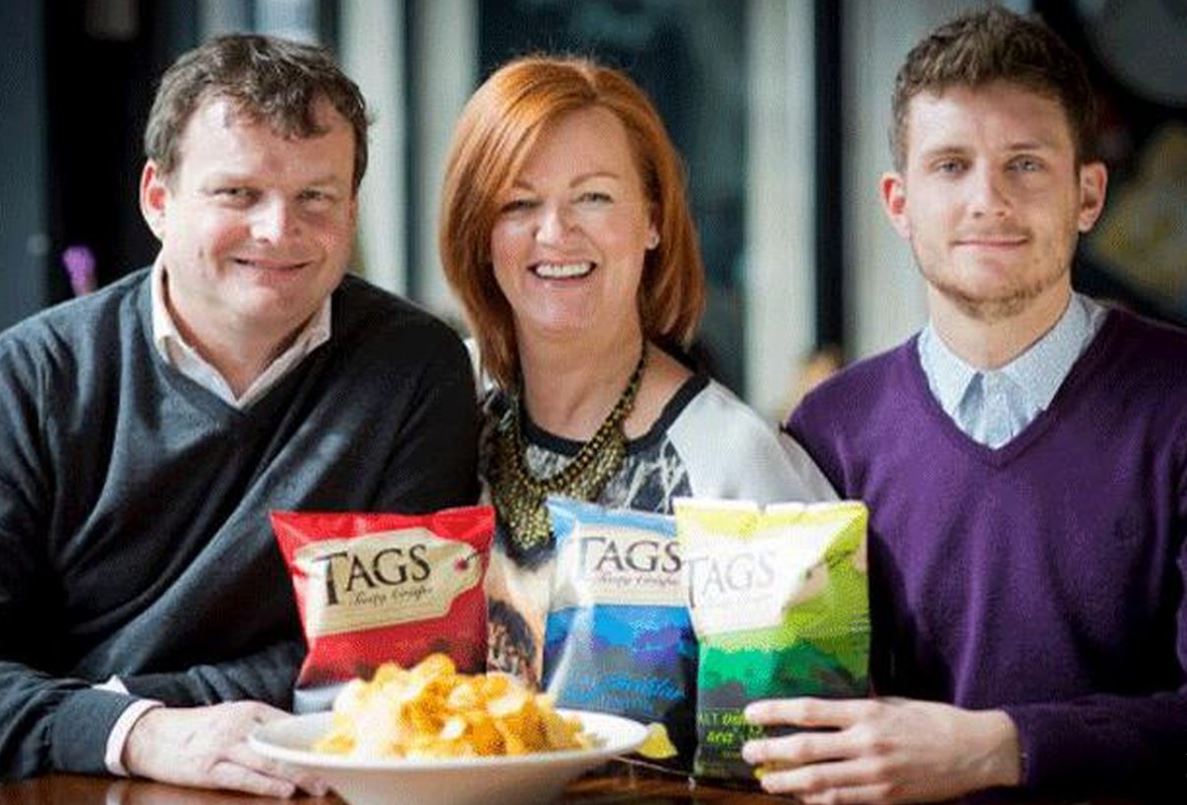 John Tague entered the Dragons’ Den asking for £125 000 for 5% equity in his family business, Tags Crisps. His aim was to make Tags the biggest independent snack food company in the UK.

Tags had a projected turnover of £1 million for the current year, £3 million and then £7 million in the following years.

Tague stated that he already had contracts to supply Asda and Tesco Stores, as well as B&M Home Bargains.

After favorably sampling the product, the Dragons got down to the numbers. Tague indicated that the run rate for Tags Crisps was 10 000 bags per week, which translated into £6 000 per week.

Tague impressed the Dragons with his confident knowledge of how supermarkets need other brands on their shelves for leverage against the bigger brands.

Sarah Willingham was confused and asked Tague why he was in the Den. Tague wanted in with companies like Sainsbury. Tague believed that a Dragon could open doors he couldn’t.

Touker Suleyman countered by asking Tague about other stockists. Tague clearly knew his market and where he wanted his crisps.

Deborah Meaden entered the discussion explaining that she was torn as the market is very highly contested, but she acknowledged that Tague knew the industry. 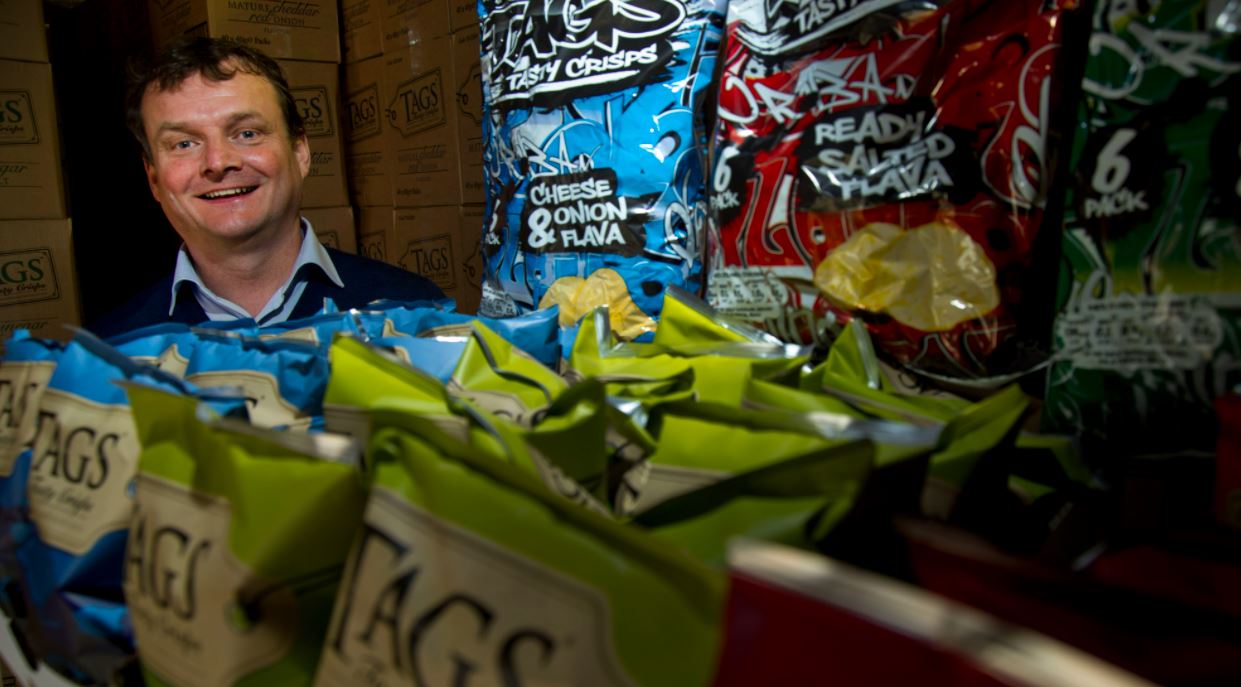 Meaden made an offer: half the money (£62 500) for 10% equity. She went on to advise Tague to look Peter Jones’ way for a further investment, given their history. Her offer was an exclusive partnership with Jones.

There was discussion between Meaden and Jones. Jones countered with the other half of the money, but for 15%. Meaden agreed to go to 15%.

Willingham dropped into the negotiations saying that the Meaden-Jones alliance was restrictive. She said that Tague needed someone to get him into the markets he wanted, as well as into other markets.

Willingham challenged the standing offer, saying she would be happy to go in with Jones and match the offer, but allow Tague the opportunity to get into other markets as well through her businesses.

Nick Jenkins graciously bowed out as he believed Tague knew more about the business than he did.

Suleyman made a counter offer: all the money for 27%, or half the money for 15% in partnership with another Dragon that would be able to complement his ability to assist Tague.

Tague honestly admitted that he had not wanted to give away more than 10% of what was his children’s inheritance. He pushed Jones and Meaden for an opportunity to buy back some of the equity at a later stage.

After some haggling, Meaden and Jones felt uncomfortable pushing Tague to a level he was not happy with. Jones made a final bid suggesting that once the investment had been paid back, he and Meaden would each drop to 10%.

Watch this clip to see how brutal the Dragons can be when it comes to food, and how they reacted to John Tague’s product.

Tague wanted a level of commitment in writing that the Dragons would not offer. During due diligence after the show, the Dragons and Tague agreed not to proceed.

However, the exposure on Dragons’ Den tripled sales in Asda in one week. Tags can be found across the UK, including in various coffee shops, trains, and hotels.

Read about the results of Dragons’ Den exposure here.

Temporary Forevers Bags Net Worth 2021 – What Happened After Dragons’...