Tranquilo Net Worth 2022 – What Happened After Shark Tank

You are here: Home / Blog / Business / Tranquilo Net Worth 2022 – What Happened After Shark Tank

Tranquilo Net Worth 2022 – What Happened After Shark Tank 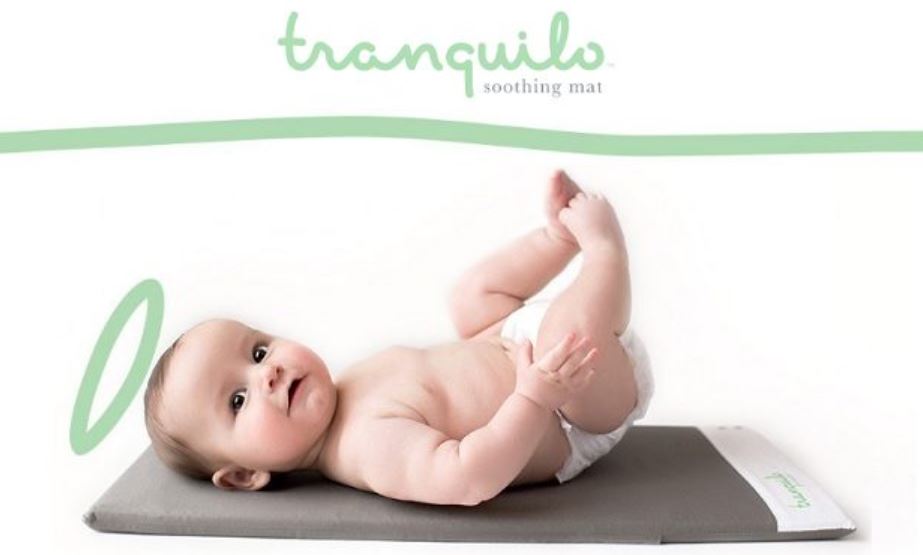 What happened to get this positive response and what led to a subsequent valuation for the company of an estimated $15 million.

Tranquilo is a smart, portable vibrating mat that soothes a baby by mimicking the sounds and gentle motions of life in the uterus. The baby is calmed by natural reflexes that developed before birth.

Tranquilo meets Safe Sleep guidelines by allowing baby to sleep on her back. It fits into cribs and bassinets, but is also fully portable, rolling up to fit into baby bags. The mat has a soft, removable, fully washable cover as well as a water-resistant interior lining.

The mat can be operated via direct access buttons or Bluetooth and a free app from a phone. It features various vibration levels, heartbeat modes and timer settings.

In this article, by a pediatrician, you can read the science behind why Tranquilo works.

There, she experienced the frustration and anxiety of nurses and new parents as they battled to soothe new-born babies to sleep.

Gersin designed and created a prototype of Tranquilo. Her design was based on her instincts and trial and error.

Gersin considers herself an ‘accidental entrepreneur”. Since her success with Tranquilo, she enjoys inspiring others to take confident steps in becoming entrepreneurs.

Watch her tell her own story here. 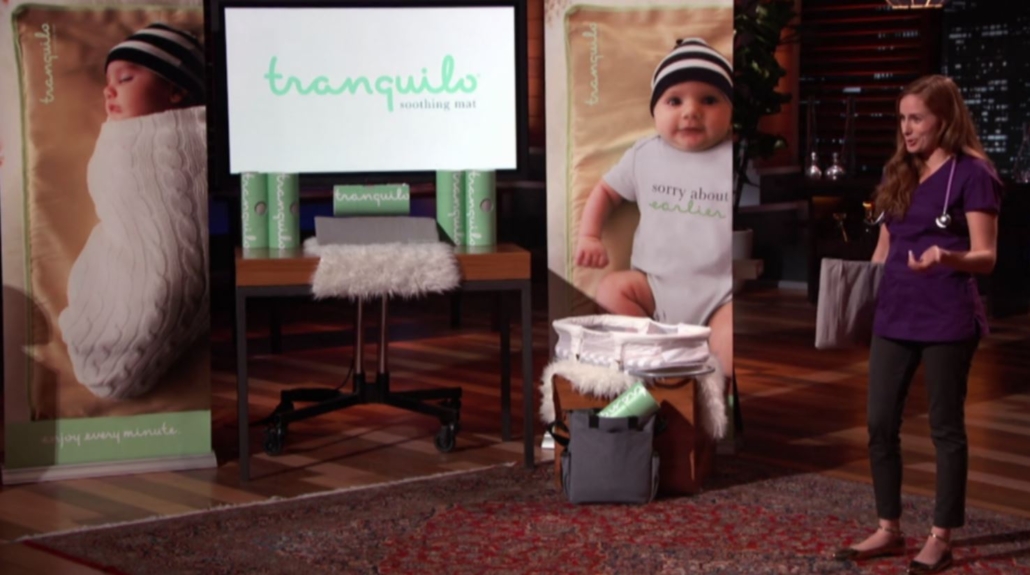 Gersin described her nursing background and the exhausting business of soothing babies to sleep, causing new parents, and their babies, to suffer unnecessary anxiety.

After using a video to demonstrate how babies calmed once being placed on a mat and describing the product, Gersin handed out samples to the Sharks. The Sharks examined the product and began asking questions.

Kevin O’Leary sighed in pleasure as he held the mat to his body; Mark Cuban asked for one in his size!

Daymond John asked whether the product was patented. Gersin described the utility patent on Tranquilo.

Herjavec wanted to know about sales. Gersin revealed sales figures of $65 000 in seven months. Her valuation of the business at $1 million was based on the patent and sales figures to date.

Further questioning from O’Leary revealed that Gersin was working 80 hours a week on her business and only one day a week as a nurse. She had invested $180 000 of her own money into the business. This impressed the Sharks. 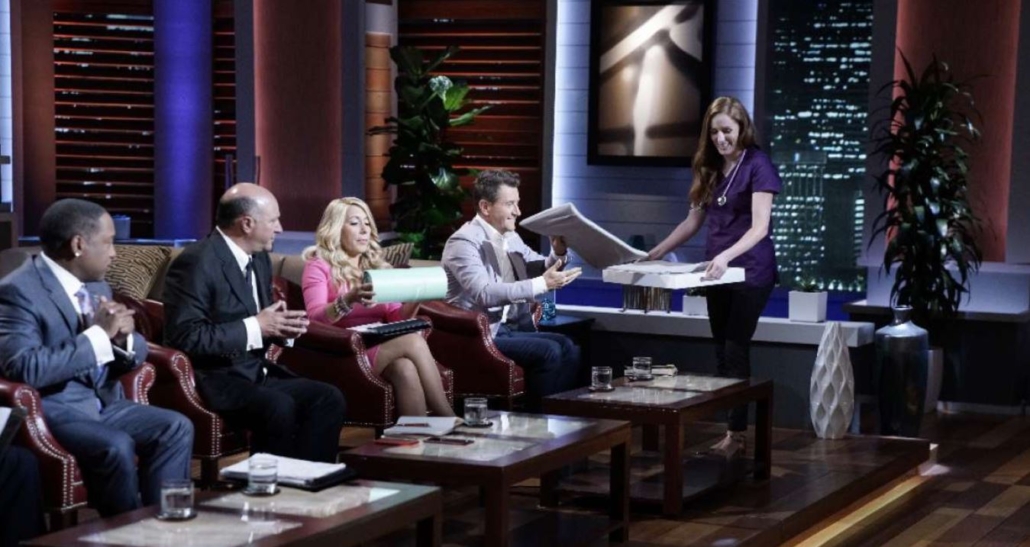 John was the first to make an offer: $100,000 for 20% equity, contingent on him licensing the product. O’Leary countered with an offer of $250,000 in exchange for 25% equity. His contingency was that Gersin quit her nursing job and work full time on the business.

Gersin maintained that 25% equity was too high and countered with $200,000 in exchange for 15% equity, effectively changing the valuation of the business. She said she would accept an offer based on these figures immediately. O’Leary dropped to $200,000 for 20%.

John suggested that Gersin didn’t want to work with O’Leary. Gersin answered she wanted to know what the other Sharks could offer.

Cuban and John went out. It seemed like O’Leary’s was the only offer.

Then Herjavec stepped in. He hailed Gersin as an American hero. He believed in her product and her business acumen. He offered her $200,000 for 15%.

Jeremy Jason reviewed Gersin’s negotiating style on Shark Tank and concluded she was gutsy to take a massive risk to change valuation in the Tank which fortunately worked out well for her.

Although the deal was made, it doesn’t appear to have been closed after the show.

After appearing on Shark Tank, sales of Tranquilo rocketed from 2,000 units to 10,000 units within weeks.

Gersin continued to market Tranquilo, getting it into retail markets and expanding the range of sizes and cover designs.

Although Gersin is not directly involved in the company, her videos and name feature prominently on the Baby Brezza website.

Marbella Or Puerto Banus – Where Is The Better Area