You are here: Home / Blog / Affiliate / Who Is Mike Filsaime – Net Worth, Bio, Kartra, GrooveFunnels, ClickFunnels B... 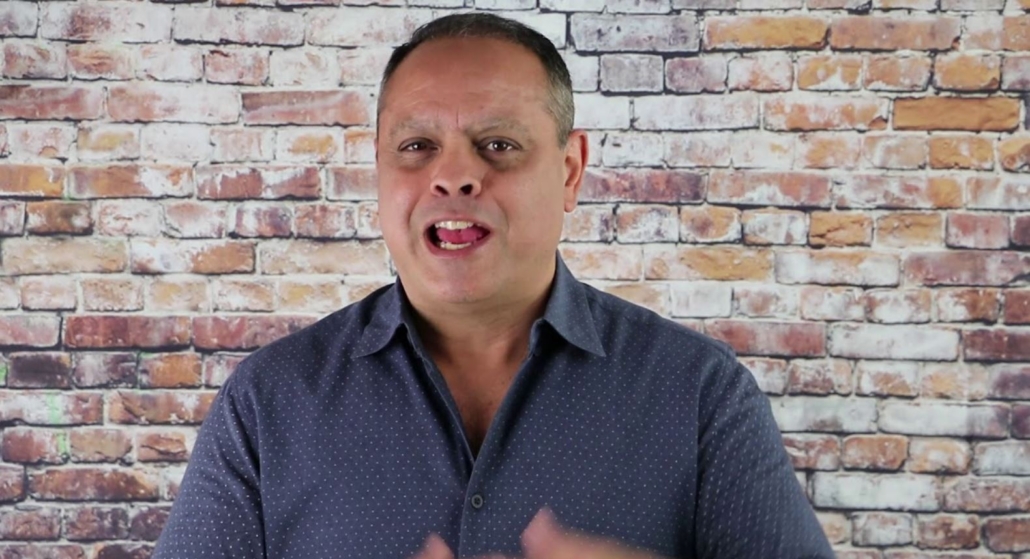 It’s hard to avoid the spotlight in Internet Marketing when you bring out a product that challenges ClickFunnels, Shopify, Mailchimp and Teachable all at the same time and that is exactly what Mike Filsaime has done this year as the CEO of Groove Digital.

Mike Filsaime is a name that is coming under the spotlight extensively this year with the launch of the his newest software platform in Groove Funnels.

The truth however is that, Mike Filsaime has been a major player in the IT & marketing industries for a long time.

He thought Russel Brunson of Clickfunnels everything he knows about Funnels and founded his now biggest competitor, Kartra, before moving out on his own with Groove Funnels.

Mike is set to become a superstar on the back on Groove Digital, if he wasn’t already and his latest company that looks to go toe to toe with a huge number of competitors from Mailchimp to Shopify to ClickFunnels.

With all that being said, let’s take a closer look at Mike Filsaime, the past events that have lead to where he is today, how much net worth has accumulated along the way and where he is headed in the near future.

Who Is Mike Filsaime?

Mike Filsaime has been involved in some very large software companies over the years and was one of the first people in IT to complete a $1 million dollar launch in 2006. He was the second actually.

His companies have sold over $150 million in revenue and it looks like none are going to be as successful as his latest venture, GrooveFunnels, which gives Marketers everything they need in one manageable software package, with one fee.

Judging by all the success he has had to date and the buzz that his new company has created, We estimate that Mike Filsaime has a net worth of close to $50 million dollars as of 2020. 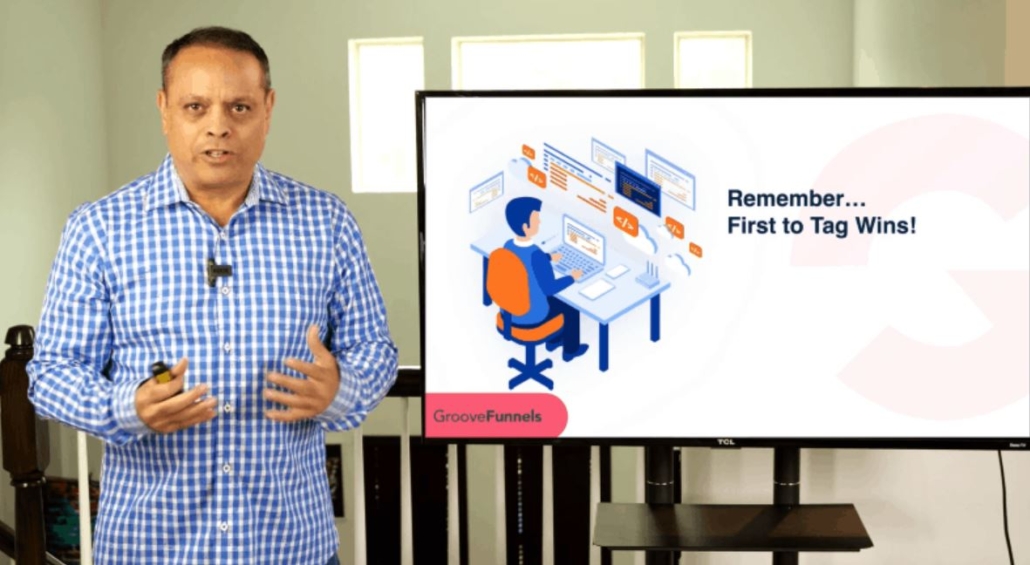 Mike Filsaime is a native of Long Island, New York.

He was an early adopted in IT by studying Computer Science and Business Administration in the late 80’s.

The internet wasn’t born yet so Mike had to bide his time before setting off on his internet journey.

He became a sales manager at a Toyota and Hyundai Dealership in Long Island and stayed there for 10 years.

With a combined experience of sales and IT in the early 2000’s it was a match made in heaven and Mike quickly realized this, striking out on his own.

Mike Went on to create online brands with the underlying goal of taking the friction out of running businesses for companies and entrepreneurs.

Mike became well known for his efforts as an online coach and his platform butterfly marketing would go on to become a best seller, allowing entrepreneurs to create websites with a drag and drop system and it also offered a ton of tools for running online agencies.

Mike became inspired by the first man to sell $1 million worth of products in 1 day and he went about matching that goal as quickly as he could.

It took Mike almost 2 years to match the feat but he was still the second one to accomplish it and that was the building block for all of his further success.

Mike became a well known speaker in the Internet Marketing space, becoming a key not speaker in Dubai before running his own marketing events like the Main Event and the annual Marketers Cruise which is still running until this day.

Mike would go on to create plenty of new products, eventually selling them all on for proceeds exceeding $150 million.

Other products created included, Deal Guardian, an online platform for affiliates, buyers and sellers to compete with ClickBank.

They were pulling in $8,000 a day with the platform but it wasn’t good enough for Mike and he went on to sell it the company.

He then went on to create WebinarJam, with Genesis Digital LLC, as an online tool for marketers to host webinars convincing customers to buy online courses and digital products from creators.

Mike also went on to create Kartra, a major competitor to his company of today in GrooveFunnels.

There were a number of other co-founders and owners involved and that is where the story gets really interesting.

Mike and his old partner at Genesis, got a call one day from Russell Brunson who told them how he was launching Clickfunnels and he wanted to know if Kartra would help to promote it.

Mike and Andy replied that they would but asked Russell to promise that he wouldn’t be going into Affiliate or Email.

Russell told them that he wouldn’t and the promotion took place.

Fast forward a couple of months and Clickfunnels is now promoting affiliate and email.

Clickfunnels was an important addition to the Internet Marketing world. It opened peoples eyes up to the fact that online sales wasn’t about the shopping cart, it was more about the funnel and sales pages and they did that excellently.

The problem for Clickfunnels is that Kartra and now GrooveFunnels are both better Page Builders and Click Funnels has pivoted in online learning and content creation.

Mike Filsaime And Why He Left Kartra

Kartra is built on the Bootstrap framework and it is an excellent piece of software.

Mikes relationship with Andy and within Genesis became rocky and they eventually split.

Mike took the payout and he had to sign a non compete agreement for 2 years with Kartra.

Mike is a software developer himself with a deep understanding of code and once the two years was up in 2018, he was ready to compete.

During the two year period, he created GrooveKart, an online E-Commerce platform to compete with Shopify. To do so he needed a page builder and he boght the old software from Kartra and named it GroovePages 1.0 before licensing it back to Kartra.

In 2018, he went to complete GroovePages and hired an old developer from Kartra to work on it.

The developer informed him that Bootstrap was now outdated and they decided to completely rebuilt GroovePages as a 2.0 version which is now better than Kartra.

The main problem with Kartra now is that the Bootstrap framework, while still good is a little bit more buggy and it can get slow on bigger pages.

These issues have all been ironed out and addressed in Groove Funnels, while ClickFunnels is slowly coming to the realization that they can’t compete anymore and need to focus on keeping existing customers happy while moving in the content creation direction. 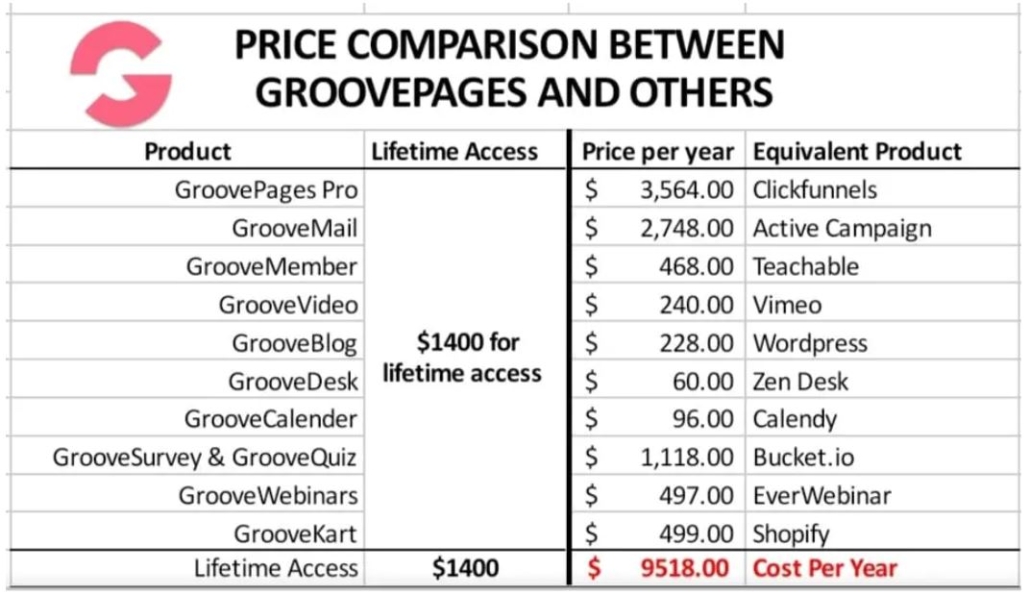 GrooveFunnels is Mike Filsaime’s baby and he has poured just as much love and affection into it as he did with Kartra.

The vision for GrooveFunnels quickly grew and a rapid rapid for Mike in 2018 and he got to work building an amazing mega software solution for marketers.

The software mirrors what was said to Russell Brunson when he started, that he wouldn’t be able to compete with Leadpages before taking them out.

Groove Funnels raised over $2 million on its launch and has over 43,000 people signed up to the program already.

They rely heavily on Affiliates for promotion and the suit of software solutions is extremely impressive:

You can still sign up for the basic program, free for life here:

You can pay a one off fee for the premium product for lifetime access here.

Mike Filsaime is a heavyweight in the game and he has made some bold claims about what he is going to be able to deliver with GrooveFunnels but even in Beta mode, this software is already looking amazing.